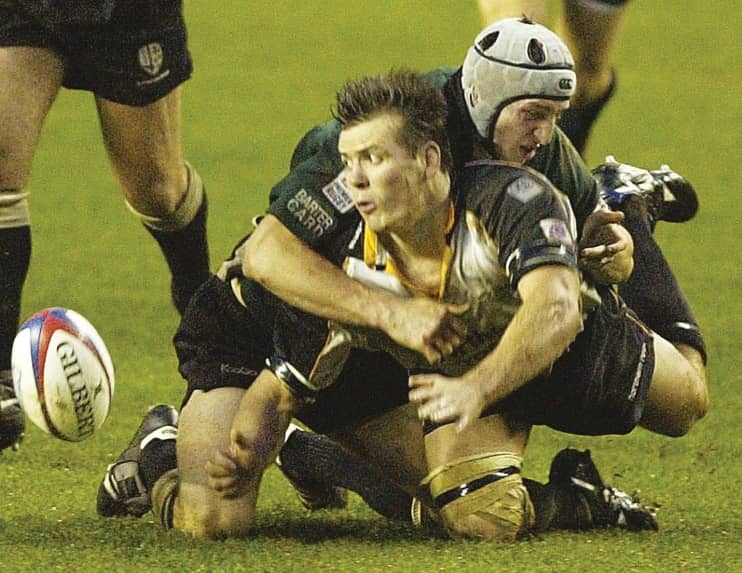 EDDIE Jones once rang me up and said I’ll give you a contract at the Brumbies, but on the understanding that you’ll be third or fourth choice and behind George Smith in the pecking order. I said, ‘who is George Smith?’ and he replied, ‘he’s this new kid, he’s pretty good!’.

I was on good money at the time as a foreign exchange trader in Sydney with HSBC and playing semi-pro in the Sydney Premiership. So the thought of going to Canberra to hold tackle bags for Aus$40,000 wasn’t one I entertained, and I said, ‘no thanks’.

I’m glad I did, because in 1999 I got an opportunity to play in the English Premiership with London Irish and pursue my dream of playing international rugby – I ended up with 13 caps for Scotland. I’ve got three kids who are all English and I work in finance again for much more money than I ever earned in rugby, so I am settled here in London and happy with how life turned out.

Rugby for me started at Gordon RFC, where I played with Stirling Mortlock from the U7s up to the first-grade team. We both made our debuts in 1997 and we won the Sydney Premiership final the year after. On the back of that season London Irish offered me a contract and he got a Super Rugby contract.

Dick Best was my first professional coach. He was good fun and a bit of a character. I was 23 and loved being beasted, and he loved beasting people, so we made for a good match. He used to say to me, ‘to get into this team you have to injure someone’ so the full contact training sessions were pretty tasty, especially as Kieron Dawson, the Ireland international and my flatmate, was my main rival for the seven shirt. The boot was on the other foot when I went to Newcastle. I used to tell the 23year-olds there to stay the hell away from me because I didn’t want to get injured!