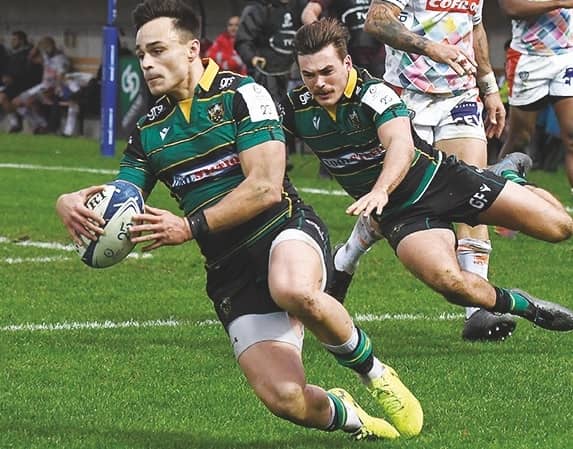 DAN Biggar showed nerves of steel to keep Northampton unbeaten in Europe, but it was still not enough to make Chris Boyd happy after his Saints were given a real scare by Benetton.

In a Champions Cup classic, fly-half Biggar kicked his team to a last-gasp bonus-point success via the coolest of penalties in the 85th minute.

Boyd’s men came up against a committed Italian outfit who put in a superb display.

The home side were unfortunate to come out on the wrong side of the result as Northampton got out of jail.

Director of rugby Boyd said: “We have to be way better and if we play like that again, we’ll get a pasting.

“I don’t think either side can say they played well enough to walk away with five points.

“We’ve had some good performances this season, but today we were loose and sloppy and all the things we talked about not being.

“At the end of the day, I guess the positive is we found a way to win even though we were far from our best.”

Boyd saw Northampton produce a poor first-half display as they fell 25-8 behind, but as bad as the Saints were, some credit must be given to Benetton who were outstanding.

The visitors weren’t helped by losing Biggar to a yellow card for a tip tackle on Irne Herbst.

The Italians scored through Epalahame Faiva, Iliesa Ratuva, and Juan Ignacio Brex to take control of the game in fully deserving fashion.