Leitch is new hero for man in sumo suit 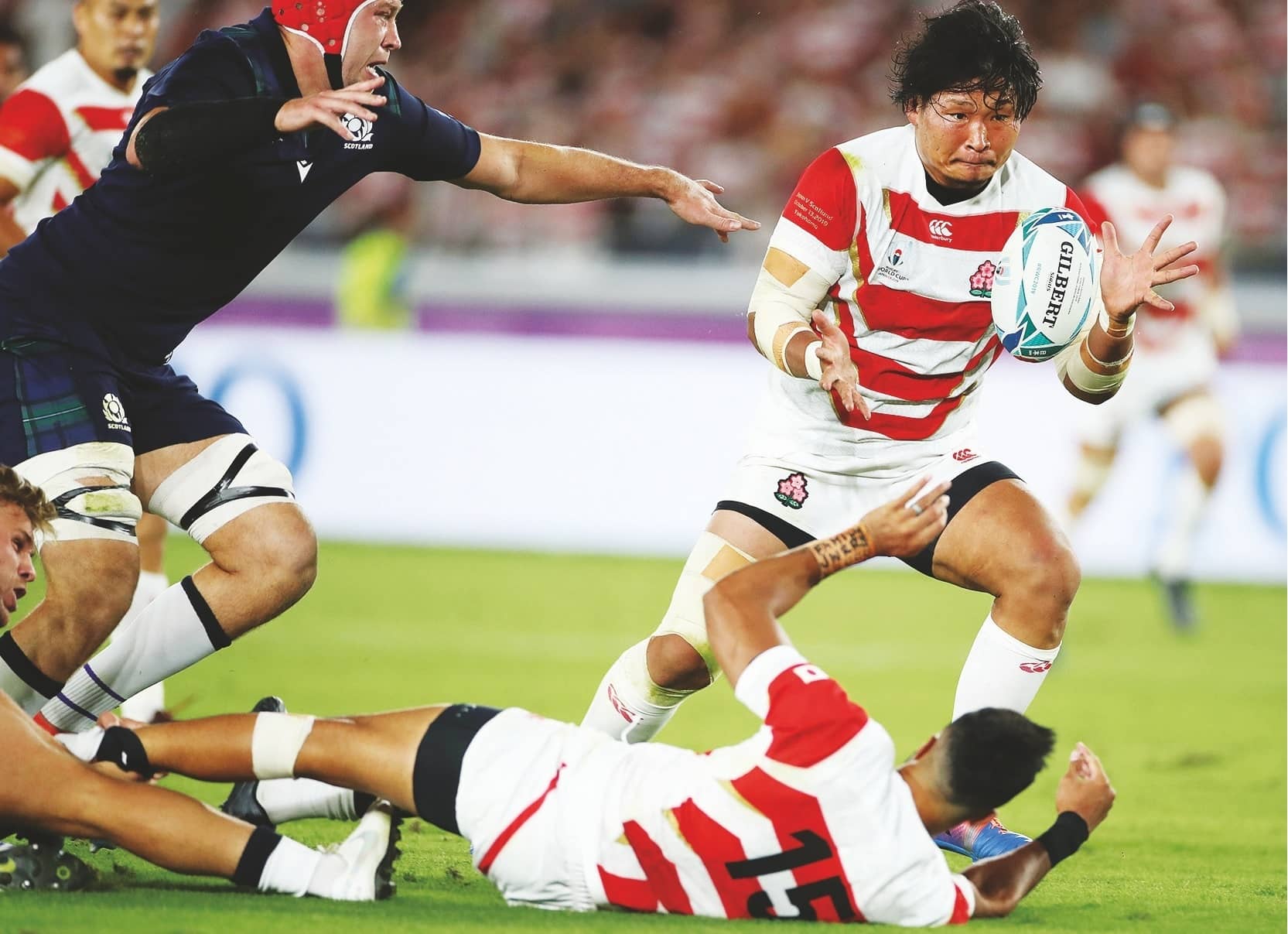 Nick Cain looks at the impact Japan’s World Cup giant-killing is having on the whole country.

THE day after Japan had written a new chapter in their Rugby Union history by reaching the quarter-finals of the World Cup for the first time, the uplift in the national mood following their enthralling victory over Scotland was palpable.

The sheer elan Japan showed in scoring four tries to win a place in the last eight at the expense of the Scots was a good news story to offset the regular updates on the trail of destruction left by the grim typhoon Hagibis 24 hours earlier.

This opportunity to focus on such a positive international sports story with local heroes at its heart was something Japanese radio and TV stations could not get enough of, and coach Jamie Joseph and his Brave Blossoms for once knocked the country’s two main sports, baseball and sumo wrestling, out of the ground.

Having caught a flight from Tokyo to Oita the morning after watching the 28-21 thriller at the Yokohama Stadium, I switched on the TV in my hotel room in Beppu, 590 miles south of the capital on the island of Kyushu, to find almost every channel showing replays of Japan’s warp-speed rugby.

Not only that, but with quarter-final fever in the air there were non-stop interviews with Japanese players like two-try winger Kenki Fukuoka, dreadlocked hooker Shota Horie, No.8 Kazuki Himeno, centre Ryoto Nakamura, and scrum-half Yutaka Nagare. These included a ‘what’s your favourite meal’ feature in a country even more obsessed with cooking programmes than Britain.

With viewing figures for the match setting records and peaking at 53.7 million on NHK, Japan’s national broadcaster, New Zealander Joseph and his squad are now on their way to becoming household figures – and none more so than Michael Leitch.

As the current captain, as well as leader of the 2015 Japan team which beat South Africa to cause arguably the biggest upset in World Cup history, Leitch is already one of the country’s best-known personalities.

So much so, that in a recent poll designed to find out who is at the top of the public recognition charts, Leitch was in second place behind Japanese prime minister Shinzo Abe, who has spent eight years in office.