Kings Of The Jungle Where Wild Beasts Come To Play 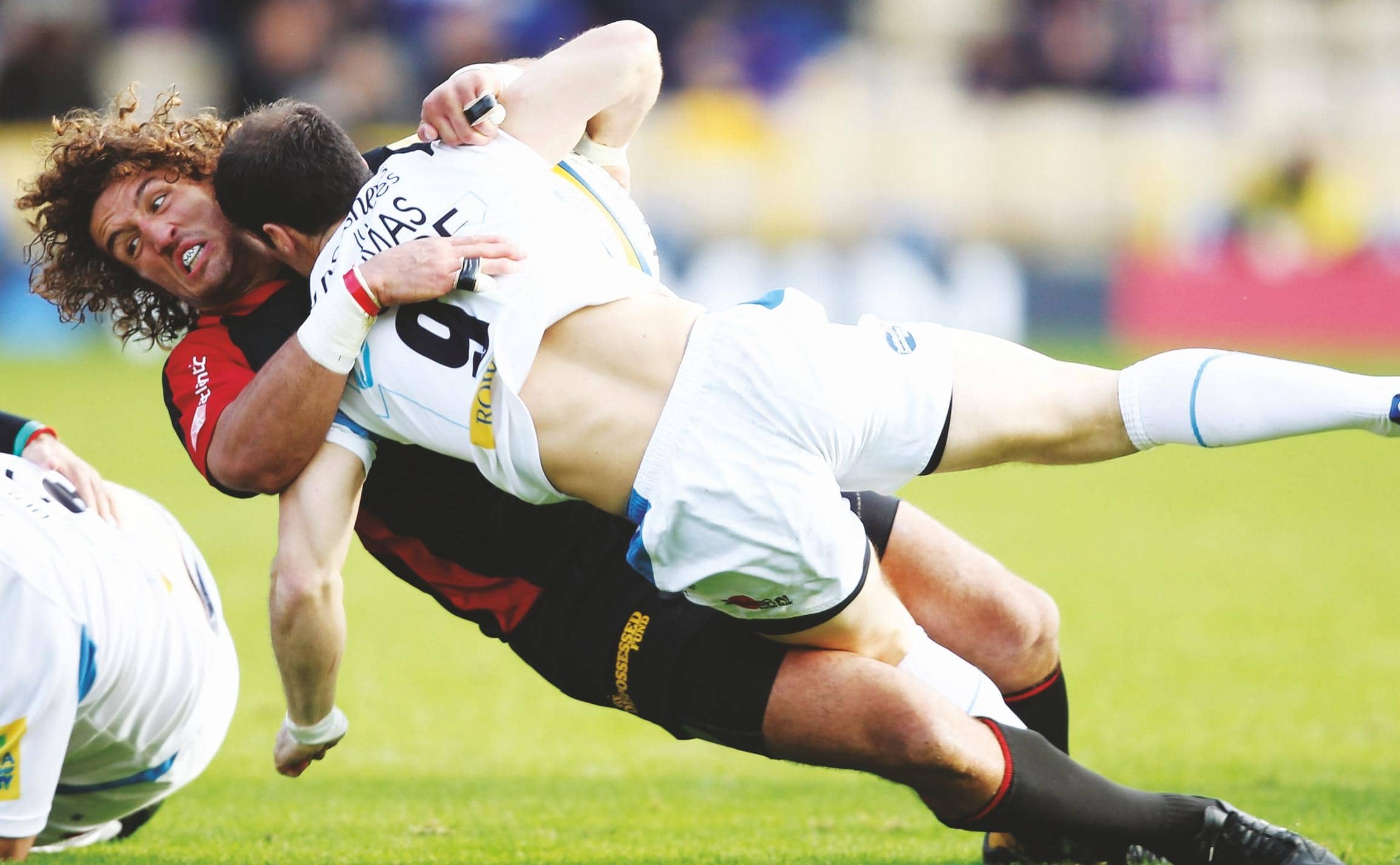 The King as far as I am concerned. I never saw a harder, tougher, player on a rugby pitch – mentally or physically. Impervious to pain, aggressive, undaunted, remorseless, courageous – Burger spent his rugby life at the coalface dishing out pain and receiving it in equal measure and never flinched once.

Just look at that face for a moment, one of the great sporting portraits of modern times. Scarred, haggard, fatigued, sweaty, stressed, exhausted but triumphant. You knew exactly what you were getting with Burger and, if you were an opponent, what was coming your way.

He took the tough route to the top, but you would know that without reading his CV. Born and raised in Namibia who are minnows in just about every Test they play. A spell at Currie Cup whipping boys Griquas and then the resident hard man at Aurillac in Pro D2. His indomitable tackling and carrying caught Saracens’ eye at RWC2007, but he was committed to a spell at the Blue Bulls before he eventually made it to north London.

Signed for relative peanuts – many of Saracens best players were which only annoys their opponents even more – he immediately flooded the place with his positivity and warrior ways and the simplicity of his approach. He was arguably the catalyst for many of their great successes. Ultimately he saw rugby as merely a job of work, indeed he used to famously tweet ‘Let’s get to work’ on the morning of every shift, sorry, game.

At RWC2011 he was a wonder. Playing virtually on one leg after various injuries, he was still the best flanker on view despite appearing in a Namibia side that took a battering in every game. Without him they would have lost most games by a hundred points.

His body gave way. Naturally bowlegged, the strain and stresses caught up, his knee went pop as did various bones. He should have packed it in but he fought valiantly for 18 months before getting back on the pitch in time for some last glories.

There were those remarkable 27 tackles in 69 minutes in a Heineken Cup quarter-final against Clermont – most of them piledrives not just fleeting contacts that satisfy the statos – a European title with Saracens and finally another series of back-to-the-wall heroics for Namibia at RWC2015. And then he was gone.

Limping, bloodied but always unbowed. He was on the losing side many times but this man was never defeated.

Silent assassin type who never took a backward step in 36 Tests for the Boks. One of those hard cases who operated up to, but not beyond, the line. Incredibly disciplined in that respect. Arguably the Boks’ best player at RWC1995 when he both scored the vital try in their semi-final against France and made the match-saving late tackle on Abdelatif Benazzi. Their best forward also in the 1997 Lions series, he bowed out after RWC1999. Bravely battled brain cancer for a decade before finally succumbing in 2010.

Almost goes without saying that Johnson should feature in this roll of honour. Johnson was many things – a ferocious scrummager, quality lineout operator and an underrated presence in the loose – he could unquestionably have played Test rugby at No.8 – but above all else he was an intimidating physical presence who, every time he stepped over the white-wash, brought fire and fury to proceedings with his extraordinary intensity. Had the occasional brush with officialdom and the odd ban but over the long haul was pretty disciplined.

They bred them tough in the steelworks and coal mines of Wales and nobody epitomised that better than Bobby Windsor, the commander of the Viet Gwent up in Pontypool and a key man in the Lions pack of 74 that dismantled the Boks. He would banter, niggle and wind up opponents but always he backed it up with a scary ferocity and appetite for the fray. And the fires never dimmed. Long after he had officially retired he would answer the call at Pooler, often at prop, and still scare the living daylights out of callow faced opponents.