Every player was a hero in pulsating extravaganza 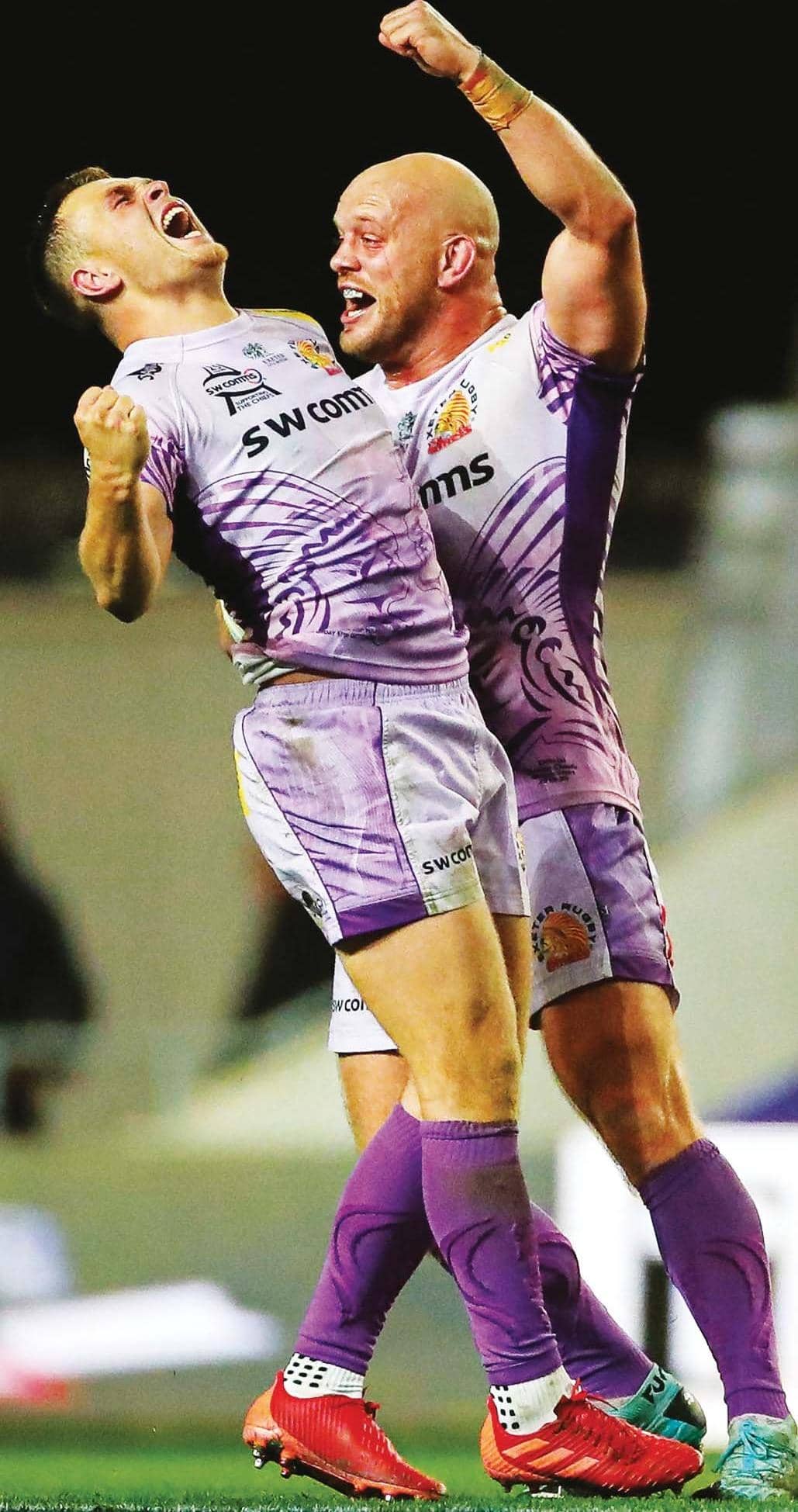 NOTHING has ever come easy for Exeter Chiefs in their 149 years, so only the most optimistic of Chiefs fans – watching remotely in their homes or Covid-regulated bars – would have anticipated anything other than a stomach-churning nail biter at Ashton Gate yesterday. And that’s what we duly witnessed.

In fact what transpired was one of the best European finals in its 25 year history. Yes, error strewn at times and occasionally erratic and random but also a pulsating, engrossing contest full of wonderful skills, monstrous hits and dramatic twists.

This contest above almost all others deserved a beery, colourful 80,000 crowd going delirious with excitement, but instead it was played out to the echoing sound of solitary voices in the stands while even BT Sport, for whatever reason, decided to cut the ambient noise and cheering they normally feed into our Premiership games.

Given all that you can only praise every single player from both sides who took the field yesterday. Somehow they conspired to serve up a high octane rip snorter. Heaven knows where they conjured up the physical intensity and inspiration amid the morgue like stadium but they did and frankly we are in awe of them.

It was moving, and instructive, seeing many Exeter players immediately reach for their smart phones on the touchline after the final whistle, desperate for some face time with loved ones and friends. They badly wanted that nod of approval and human contact, that sense of sharing, that makes all these things worthwhile.

Most sports stars dislike the presumption that they must also be role models, though most try their best, but it’s games like this when they achieve just that. Such professionalism, endurance and passion in the most difficult of circumstances. That’s not a bad message to be preaching in this of all years.