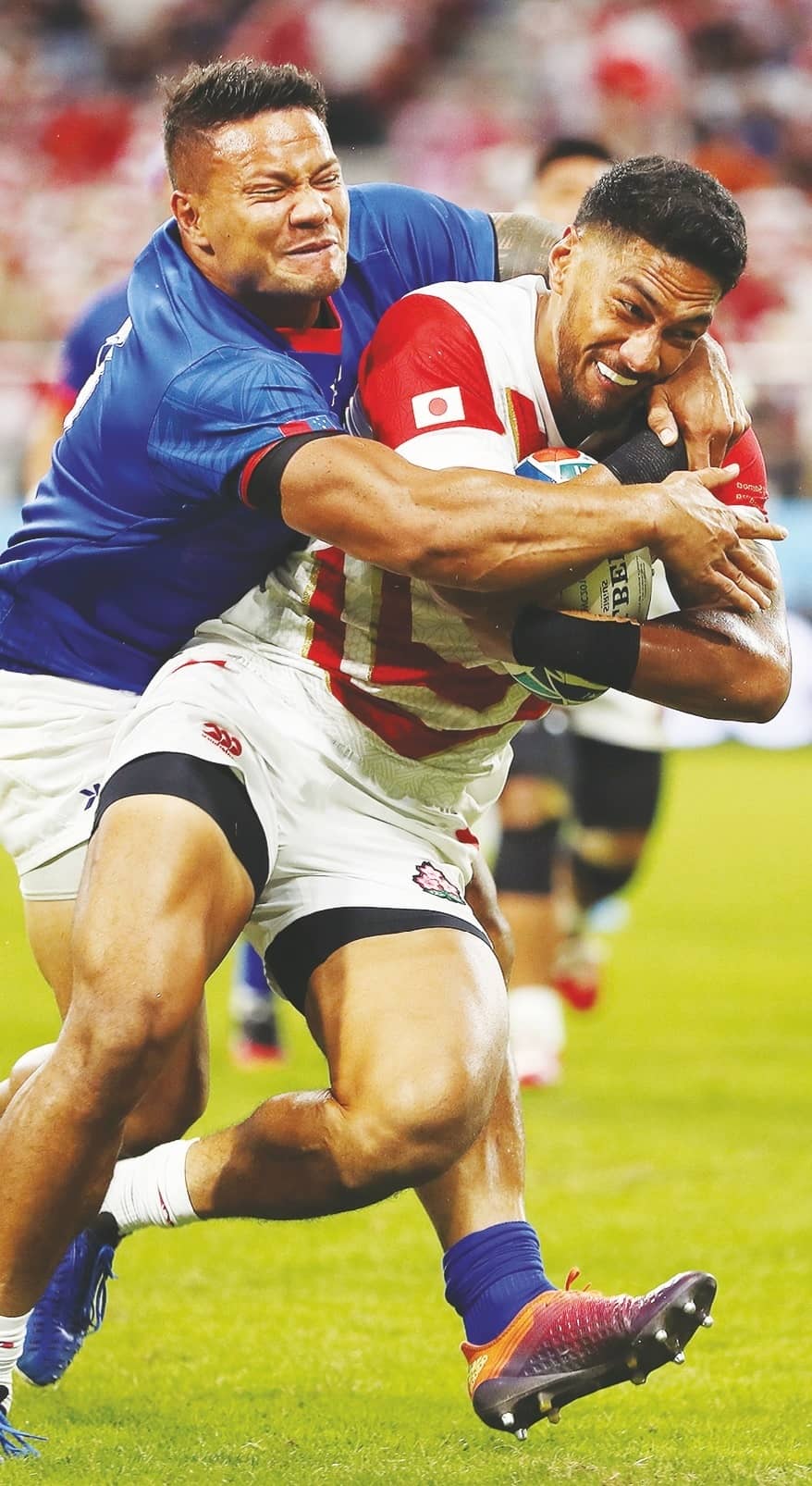 JAMIE Joseph claims the pressure will be all on Scotland in Yokohama and he smiled broadly after watching his bubbling Brave Blossoms blow Samoa away at Tokyo Stadium.

The former All Black knows just how close Japan are now to becoming the first Asian team to reach the World Cup quarter-final following a third successive win in the tournament.

A victory or draw against Gregor Townsend’s men in the final Pool clash next Sunday will be enough for the hosts to send the country into even more of a rugby-fuelled frenzy.

Depending on Scotland’s result with Russia on Wednesday, even a losing bonus point may well be sufficient.

Japan’s destiny is in their own hands thanks to a fourth try deep into added on time by the impressive wing Kotaro Matsushima, and Joseph enthused: “The bonus point means we are in an even stronger position in terms of progressing.

“Scotland may well need to get the same against us and stop us getting tries as well in Yokohama.