At least Dallaglio has a firm grip on reality 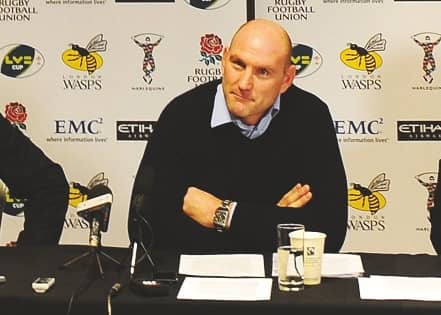 Money dominated the rugby headlines last week. In BT Sports’ Rugby Today, Craig Doyle raised the subject of marquee players in the Premiership, and the responses from his guests summed up the current madness.

Sam Warburton was in favour of retaining them, saying that the Premiership was a great league, and as a Welshman he was jealous of its success, while Brian O’Driscoll told us how much he loves the big names, and that they’re just what we need to help the game grow.

Both of them, of course, played their rugby in the cossetted Celtic world where the unions run the show, and the connection to financial reality is slim. However when Doyle turned to Lawrence Dallaglio, he got a very different view of the English game, as he pointed out the size of the collective losses of the clubs, and the unaffordability of the current level of cap.

Dallaglio was on the money when he said that the marquee player issue is to some extent a peripheral one, as there are contracts in place, which might take a couple of years to disentangle unless a club can find a way to offload the players – maybe even getting some compensation from the buyer.

The first step has to be lowering the level of the cap, something that surely has to happen soon, but alongside that there must be a firm commitment to eliminate those marquee players as soon as possible.