Ro-railers Ahead Of Their Time Or Overtaken By Events? 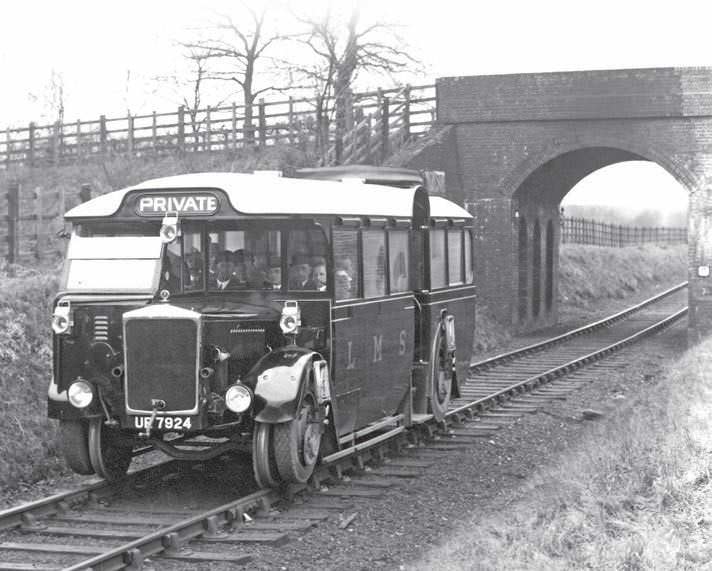 A new type of vehicle for use on both road and rail was trialled in the early 1930s, but never caught on. Alan Dale considers whether early road-rail vehicles were too advanced for their time.

The Ro-railer, or road-rail vehicle, is an innovation that has flickered in and out of fashion and topicality, with changing social and economic conditions. The first Karrier Motors single-deck ro-rail bus of 1931 was a short-lived experiment that was never developed beyond the prototype.

The same applied to the ro-rail lorry trialled briefly by the LNER. The covered road tractor or locomotive-hauled ro-rail vans of the 1960s had a similarly brief life.

The ro-rail bus was introduced by the LMS after the company had bought the Grade II*-listed 19th century neo-Jacobean mansion Welcombe House, in Stratford-upon-Avon. This acquisition followed the death of Sir George Otto Trevelyan in 1928. Sir George, father of the eminent historian George Macaulay Trevelyan, had married Caroline Needham Phillips, of whose estate the house had formed part. The LMS considerably enlarged and extended the house, opening it as The Welcombe Hotel in 1931.

The bus was a single decker, designed by J Shearman, a road motor engineer of the LMS, and built by Karrier Motors of Huddersfield, with bodywork by Cravens of Sheffield. It was equipped with manually interchangeable rail and road wheels. Introduced early in 1932, it operated on the Stratford-upon-Avon and Midland Junction Railway line (SMJ), between Blisworth and the Stratford-on-Avon goods yard. The road wheels were lowered here, with the rail wheels raised clear of the road surface, by means of the interchanging mechanism and elongated spanners. The bus then proceeded by road to the Welcombe Hotel on the northern outskirts of the town. The service only ran for a few months.

Cravens built the body, providing a forward vestibule with 14 front-facing seats and a rear smoking saloon that contained 12 longitudinal ones. Some of the latter could be folded to augment the roof luggage space. 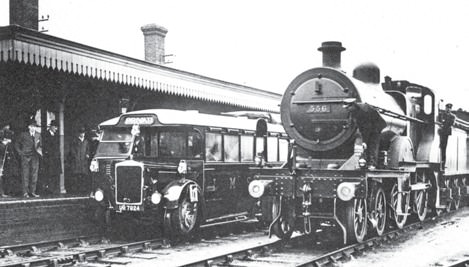 Karrier Motors also built a flat-bed lorry ro-railer for the LNER. This had fixed sides and a removable, hinged tailboard, giving inside body dimensions of 11ft 2in by 6ft 7in. A sanding device improved rail adhesion, thereby preventing wheel-lock and skating, while allowing optimum use of the servo-assisted brakes. The wheel interchange mechanism, on all four wheels, was the Karrier ‘C’ slot-type. This incorporated notable advances on the eccentric-based design utilised in the original system. An inner hub carried each pneumatic-tyred road wheel, plus a cranked sleeve that had the road wheel’s ‘C’ slotted outer hub mounted upon it.

Permanent way staff used this unit to take men and materials to site from their depot. It travelled by road to a point where it was convenient to access the track. Conversion to rail mode allowed access to sections of line with unsuitable or distant roads, such as between Bridge of Orchy to Tulloch, or Fort William to Mallaig.

Karrier’s LMS experimental bus design highlights the extent to which road and rail technology of the time could be effectively combined. Powered by a 37.2hp petrol engine, the transmission gave top gear ratios of 7:1 and 4.2:1 for road and rail, respectively. Recorded fuel consumptions were 8mpg for road and 16 for rail. The wheelbase of 17ft 1in and road wheel track of 6ft 3½ for the bus reflect its 26-seat capacity. It was designed to carry three tons in total (i.e. passengers, luggage and crew). This specification complied with the Ministry of Transport and railway regulations.

These dimensions compare intriguingly with the length and capacity of later railbuses and DMU carriages. The five Park Royal railbuses, for example, were 42ft long and seated 50, but without the ability to use the roads. 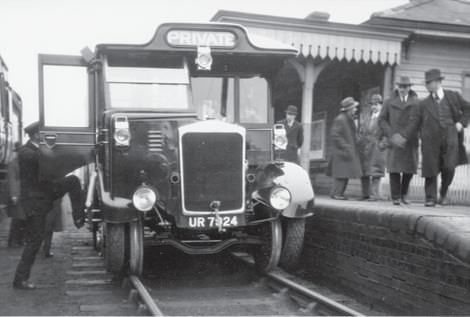