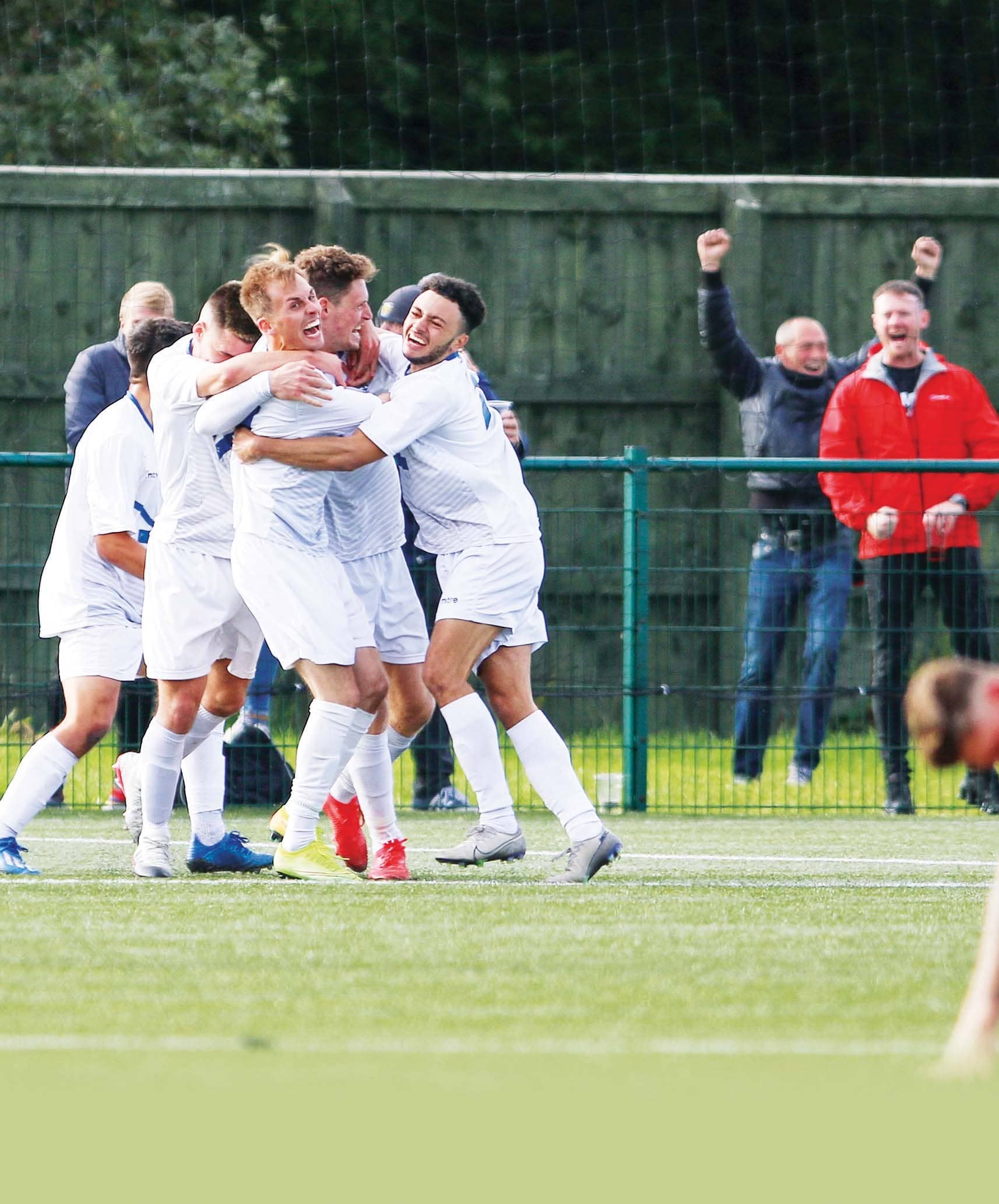 CONSETT AFC will be marching down to Wembley for an All-Northern League FA Vase final after this epic last-four tie with Bitton.

The Steelmen will take on league rivals Hebburn Town on September 27 after just managing to overcome their plucky west country visitors.

It took a Calvin Smith goal six minutes from the end of extra-time to send Consett to Wembley for the first time.

Played with a strong wind sweeping down the pitch this was no bore draw in normal time. The 120 minutes produced no fewer than 39 attempts at goal – midfield man Smith with the one strike that counted.

Consett manager Terry Mitchell had missed out on a trip to Wembley while coach at Gateshead back in 2011.

“Losing to Darlington in the last four was a real lowlight in my career but to take Consett to Wembley is unbelievable. What a game against Bitton, and what a goal to decide it in extra-time.

“It wasn’t about the performance. We can be much better, it was all about getting through. The lads dug deep. Bitton were a threat from set-plays in what was a really hard-fought tie.