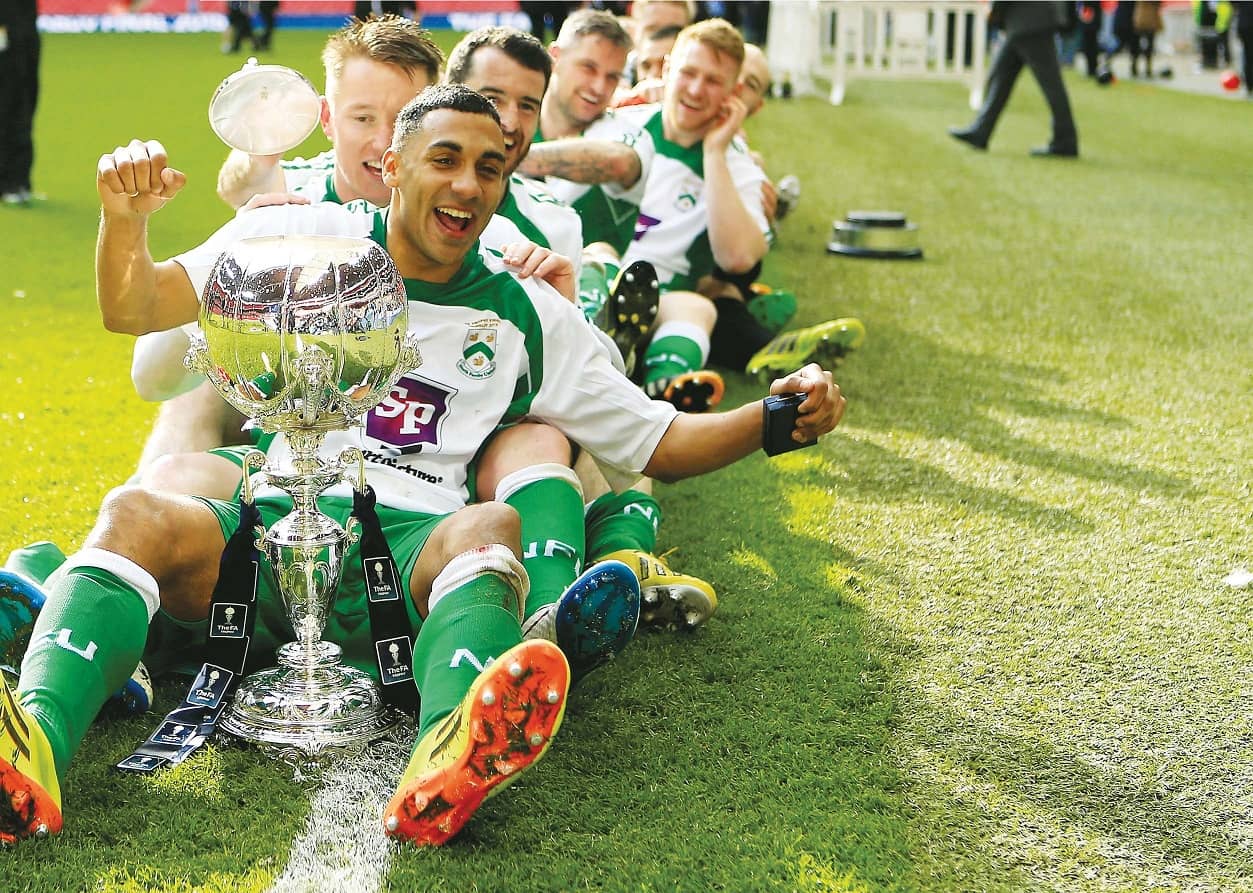 But the foe that sticks most firmly in the mind of skipper Liam King was a bottomless buffet in a Hampshire hotel.

The Villagers, then of National League North, had already disposed of Mickleover Sports, Boston United and Hyde when they were drawn away to Farnborough in round three – a round trip of eight hours and 450 miles that necessitated an overnight stay.

“We were a village club from a regional league,” says King, an energetic midfielder who had joined the East Yorkshire side from Matlock in 2013.

“Most of the lads in that team had never stayed anywhere before a game, and it completely threw us off. Especially the food.

“After breakfast, all footballers have something pre-match. It’s usually just a little bite at about half-past eleven. But the hotel had put this big buffet on and the lads were piling into it.

“Tom Denton is six-foot-five and if there’s owt going free, he’ll have it. He had these plates stacked up with fried bacon. It was like he was feasting for a month, not a football match!

“He wasn’t the only one, either. When the game started, nobody could move. We were so sluggish and we spent the first-half getting absolutely peppered.

“Somehow, we managed to go in 2-0 up at half time. Our keeper was man of the match by an absolute mile. I thought ‘Wow, if we got away with that, this might just be our year’.”

And it was. Ferriby eliminated Ebbsfleet United and Bath City before beating top-flight Wrexham at Wembley in one of the most entertaining finals in Trophy history.

Today, that club is gone. Though promotion to the National League was sealed within 12 months, the withdrawal of backers Steve and Eman Forster left North Ferriby high and dry.

Successive relegations were followed in 2019 by liquidation and a triumph that might have heralded the birth of a dynasty is remembered instead as the zenith of fortune’s wheel.

In the summer of 2014, however, optimism overflowed. Recently acquired by the Forsters and managed by wily campaigner Billy Heath, the Villagers had just finished second in their first-ever season at Step 2.

“There was a mentality about the players that they expected to win,” recalls Heath, who took charge in 2011 and engineered promotion to National North two years later.

“Whatever the game. Whoever the opponent. Some players can’t handle that. They don’t like the expectation. Ours thrived on it, and we’d harnessed it. 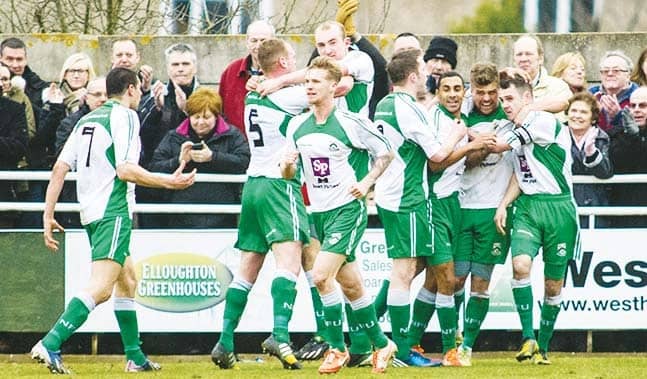 “They were ferocious. Even in training, the standards they set were unbelievable. So intense.

“We had good players, but the character of those lads was the standout. People like Nathan Jarman, Liam King, Matty Wilson, Danny Hone – the list goes on. They were big personalities who were bloody-minded about winning games.”

Ferriby’s ferocity was too much for opening opponents Mickleover, who were mauled 6-2 in a one-sided affair at Grange Lane.