OUR WEAPON IN WARNOCK! 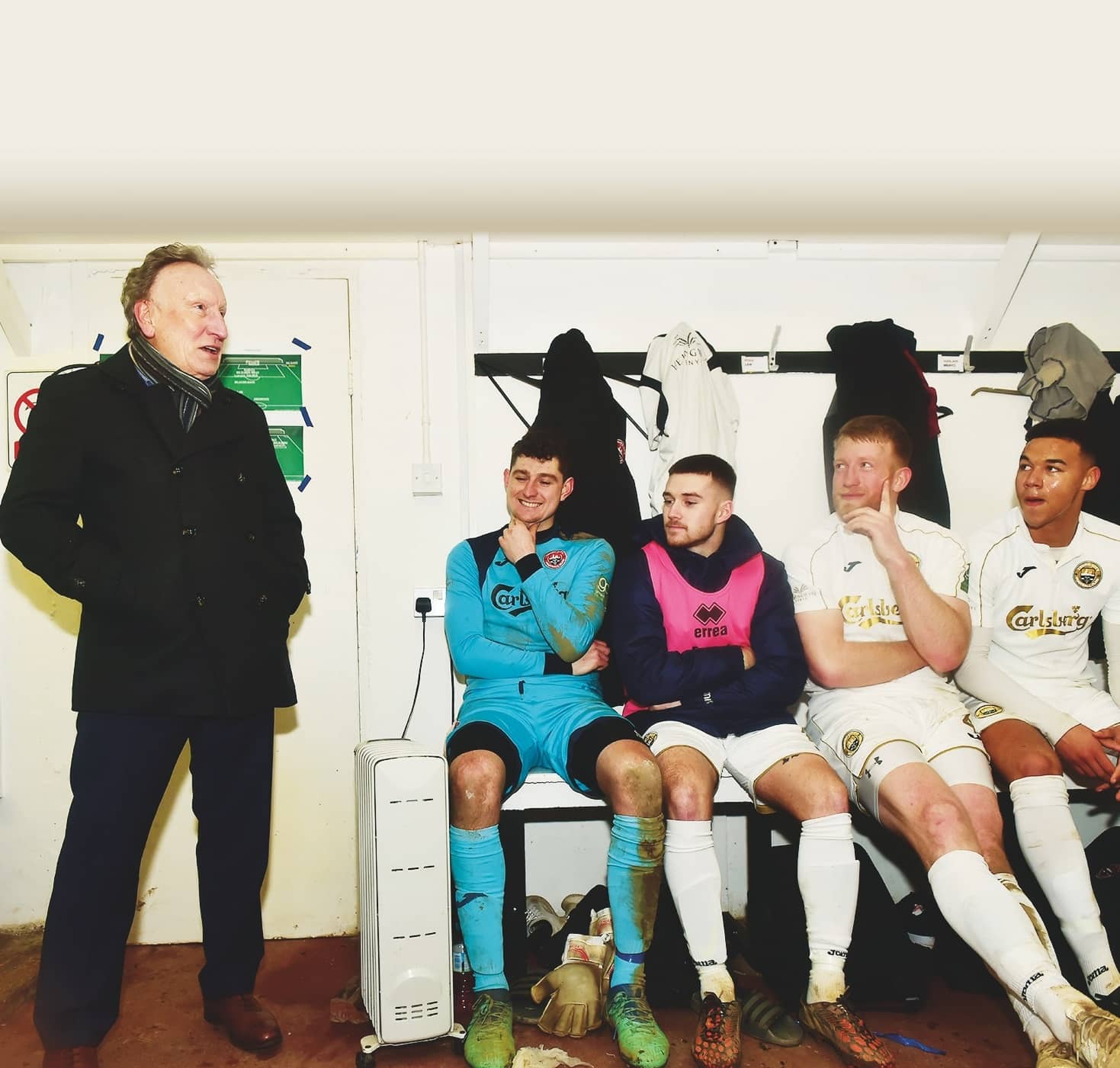 ATTEMPTING to win a league title in your debut season as a manager? Then why not draft in one of the most experienced bosses in English football!?

Truro City rookie Paul Wotton is pulling out all the stops in their bid for promotion – and last weekend tapped into the vast knowledge of Neil Warnock.

The former Cardiff City manager, who has won eight promotions, lives in Cornwall and has often visited Treyew Road in pre-season with his teams, and made another trip to see the Tigers beat Harrow Borough 4-1 last week.

“He phoned me on the Friday and said he’d like to come down and watch the game,” Wotton told The NLP. “He was my manager at Plymouth Argyle when I was young pro there and was brilliant with me. He taught me a lot and moved me from midfield to centre-back, so I owe him.

“He’s always someone I’ve held in high regard. He gave me a few words of advice afterwards. He said about staying positive and trying to get the best out of the lads all the time. His experience is invaluable.”

Warnock was impressed with what he saw in difficult conditions and named Truro striker Tyler Harvey the man of the match after he scored a brace to take his tally for the season to 18. He also went in to see both teams at fulltime to pass on some advice.