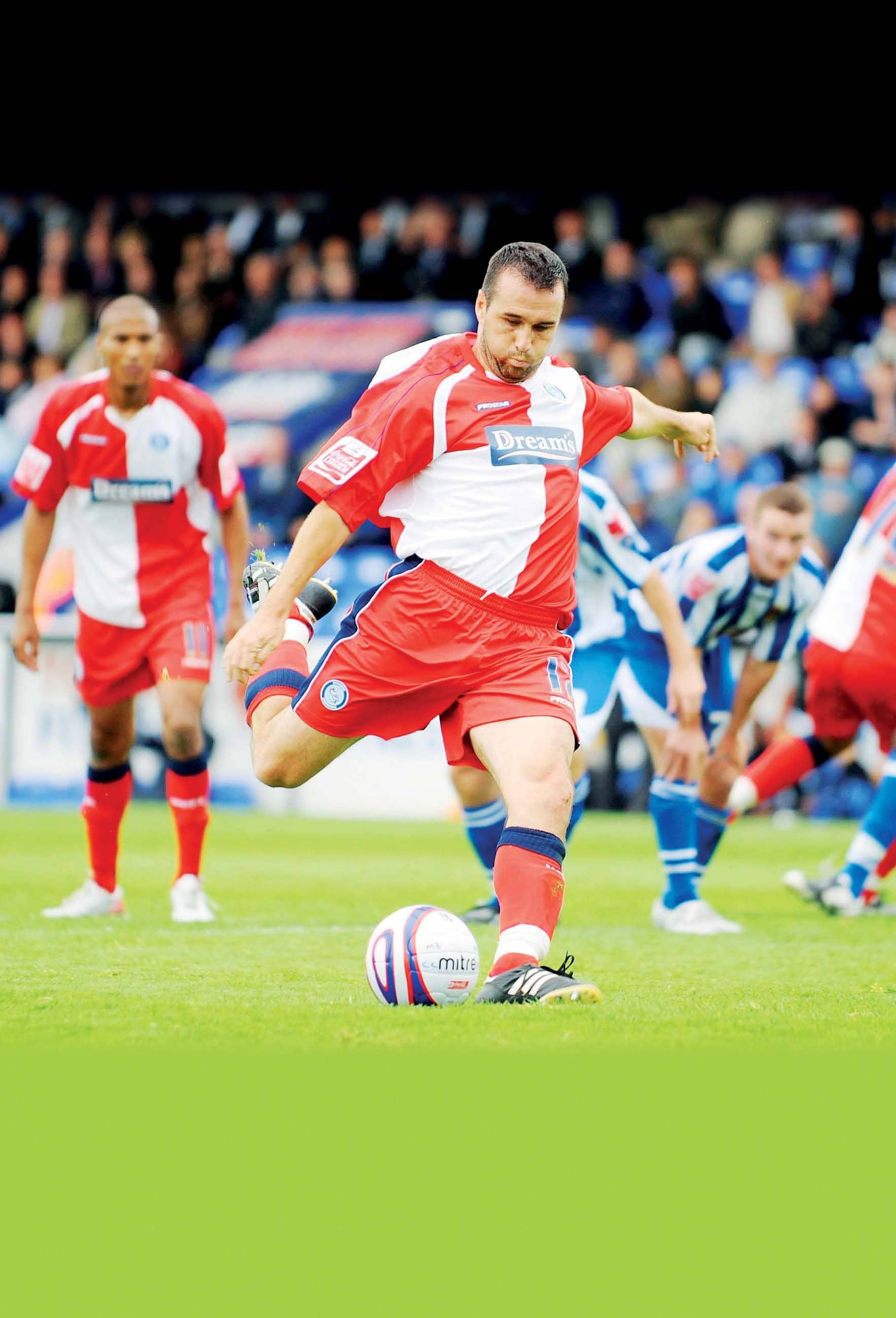 EVERGREEN Scott McGleish has still got the knack of hitting the net after answering Edgware Town boss Fergus Moore’s striker SOS – even though he’s ended up playing centre back!

Age is only a number to the former Colchester, Northampton, Wycombe Wanderers and Leyton Orient forward.

Last weekend the 46-year-old scored in the preliminary round of the FA Cup as the Wares, where he began his career back in the early 90s, took Fairford Town to a penalty shoot-out, where they failed to progress.

And while he doesn’t play every week, McGleish still enjoys a run-out for Moore’s men.

“Fergus is a good friend of mine and he asked me to help out last year,” McGleish, who won promotion with Wealdstone in 2014, told The NLP. “They were struggling and he said, ‘I need you, one to play, but also to talk to them on the field’. They’re a young team.

“I said I didn’t mind and then I ended up playing in the region of 15-20 games – it went from a, ‘Can you help me out?’ to almost playing every week at one point.

“I did say to him a few times that I didn’t want him dropping people for me because I said, ‘You will need them a lot longer than you need me’.