Kedwell's On The Spot For Sharp Hawks 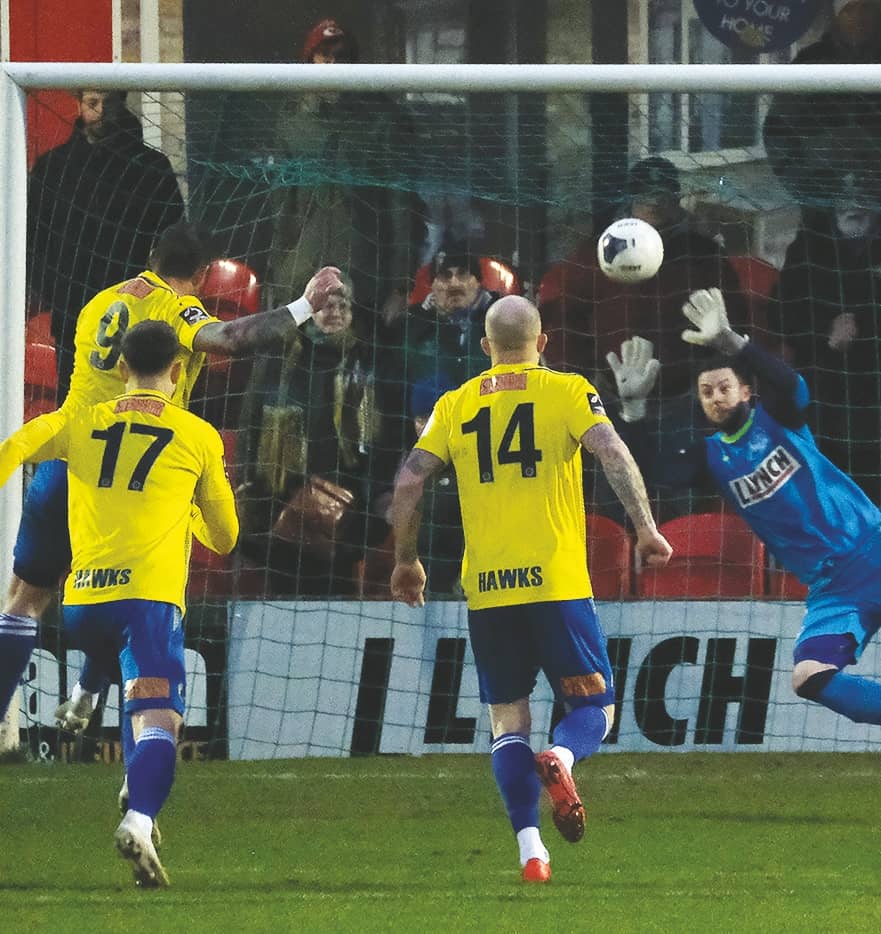 Victory keeps them in the title race

As with the previous encounter between these two sides, there was little to choose between Hemel Hempstead and Havant & Waterlooville on a blustery afternoon at Vauxhall Road.

It took a second half penalty from Danny Kedwell to clinch the game for the Hawks, but on the balance of play a draw would have been a fair result.

Havant took the lead with their first chance of the first half after only four minutes.

A free-kick from the right just about held up in the wind and Sam Magri leapt to direct his header just between the outstretched hand of goalkeeper Sam Beasant and the post.