IT WAS WORTH IT ALL IN THE END 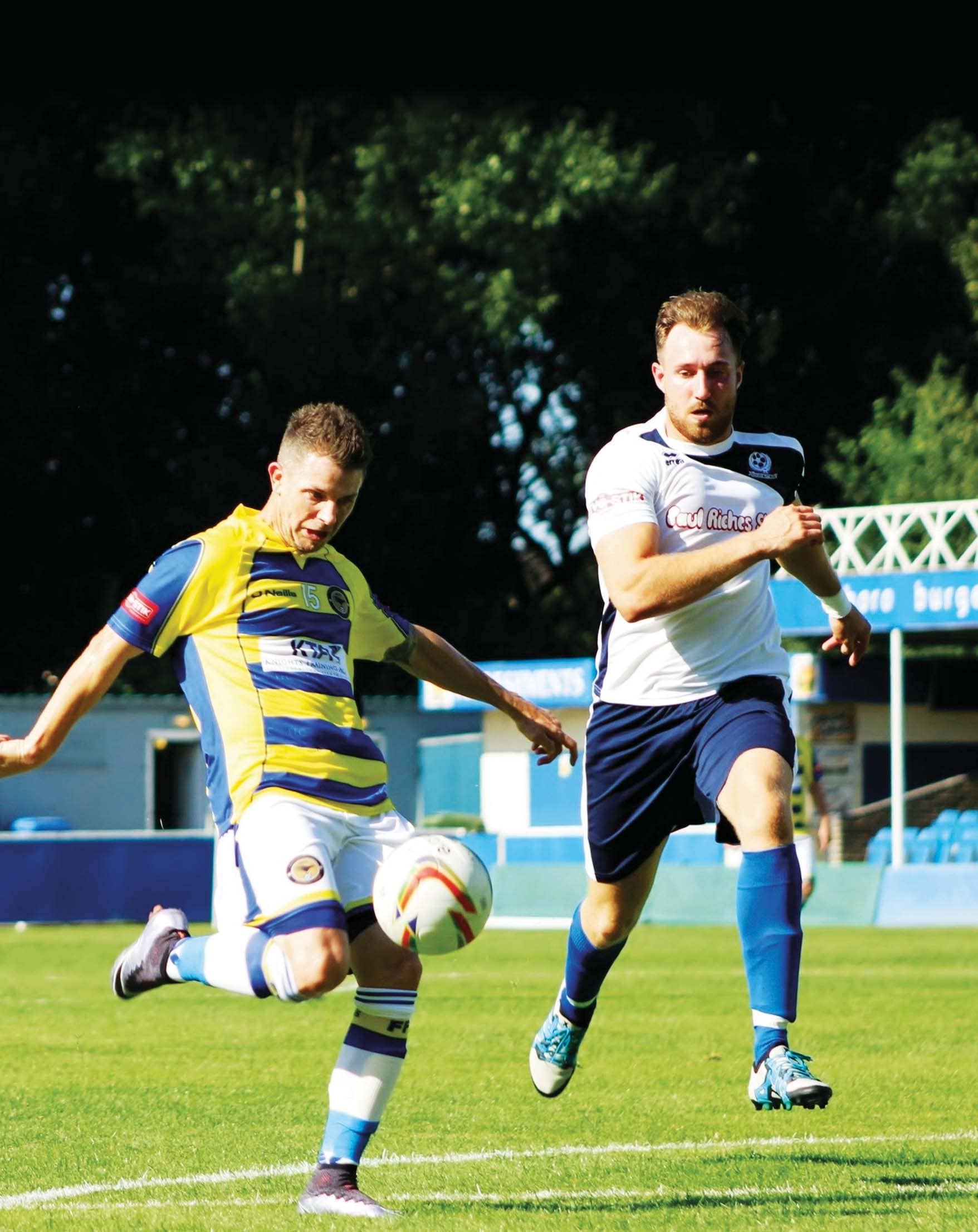 Age is catching up with me. On September 5, I decided to eschew the chance to watch more trialists run out for my club Farnborough and go and see an ex-Boro legend, Jamie Cureton.

He is playing for Enfield now and, as they were at home, I set Google maps on my phone,and headed off.

An hour later I found myself at the Enfield Town ground. I was alone. To cut a long story short, it turns out, Jamie plays for Enfield FC, who play out near Bishop’s Stortford!

Come on, we’ve all done it! I remember an FA Trophy semi-final in the 80’s, where three coaches of Billericay Town fans were taken to Farnborough in Kent, not Hampshire. They arrived after half time, and they were furious!

There was no way I’d get to Enfield for kick-off so I scanned the map for other choices. The nearest game was at Cockfosters, who were playing Hoddesdon Town in the Essex Senior League so that is were I headed. I’m so glad I did.

Cockfosters is a great little club. The ground is pretty, and tightly surrounded by trees and hedges. They play fast flowing football and were too much for Hoddesdon, who made a good match of it. George Beattie, Ryan Wade and Carl Mullins scored for the home side and Harrison Rookard got one back for the visitors.