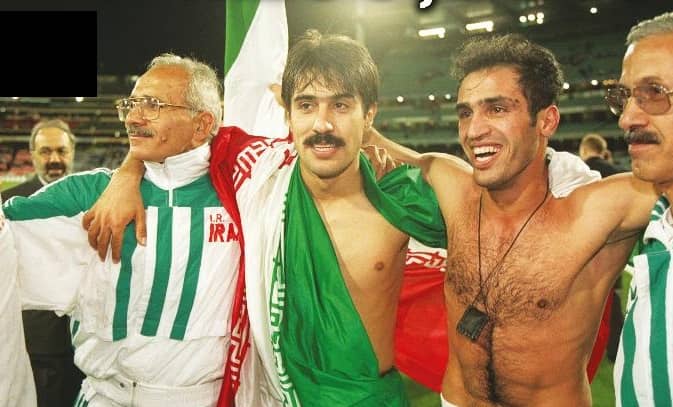 In 1998, I had the summer of my life, helping Iran in their World Cup journey. It’s a strange story, which is all on film. We’ll start with the day I had £250,000 riding on a football match

After England’s passage to the semi-finals in 1990, then having failed to reach the 1994 finals, everyone in the media was desperate for a free trip to France once Glenn Hoddle’s England qualified for1998.

Hundreds of documentary ideas were submitted to all TV stations for shows following England with another 20 submitted charting Jamaica’s progress. So, Nick Hancock and I decided to put one into the BBC to follow Iran!

Nick’s wife Shari is Iranian and, as a Farnborough Town supporter, I was well used to supporting the underdog! Unbelievably, they said yes with a £250,000 film commissioning fee guaranteed to follow the team’s French adventure!

There was just one small problem, Iran had not yet qualified. They had come second in the Asian Qualifying Group, and had a play-off in November 1997, against Australia, the winners of the Oceania Group.

There were to be two legs, the first in the Azadi Stadium, Tehran, the second in the MCG in Melbourne. I managed to watch the first with the producer from October Films (who were making the film), Adam Bullmore. It was played in an intimidating atmosphere in front of 128,000 on the outskirts of Tehran.