HOME IS WHERE MY HEART IS 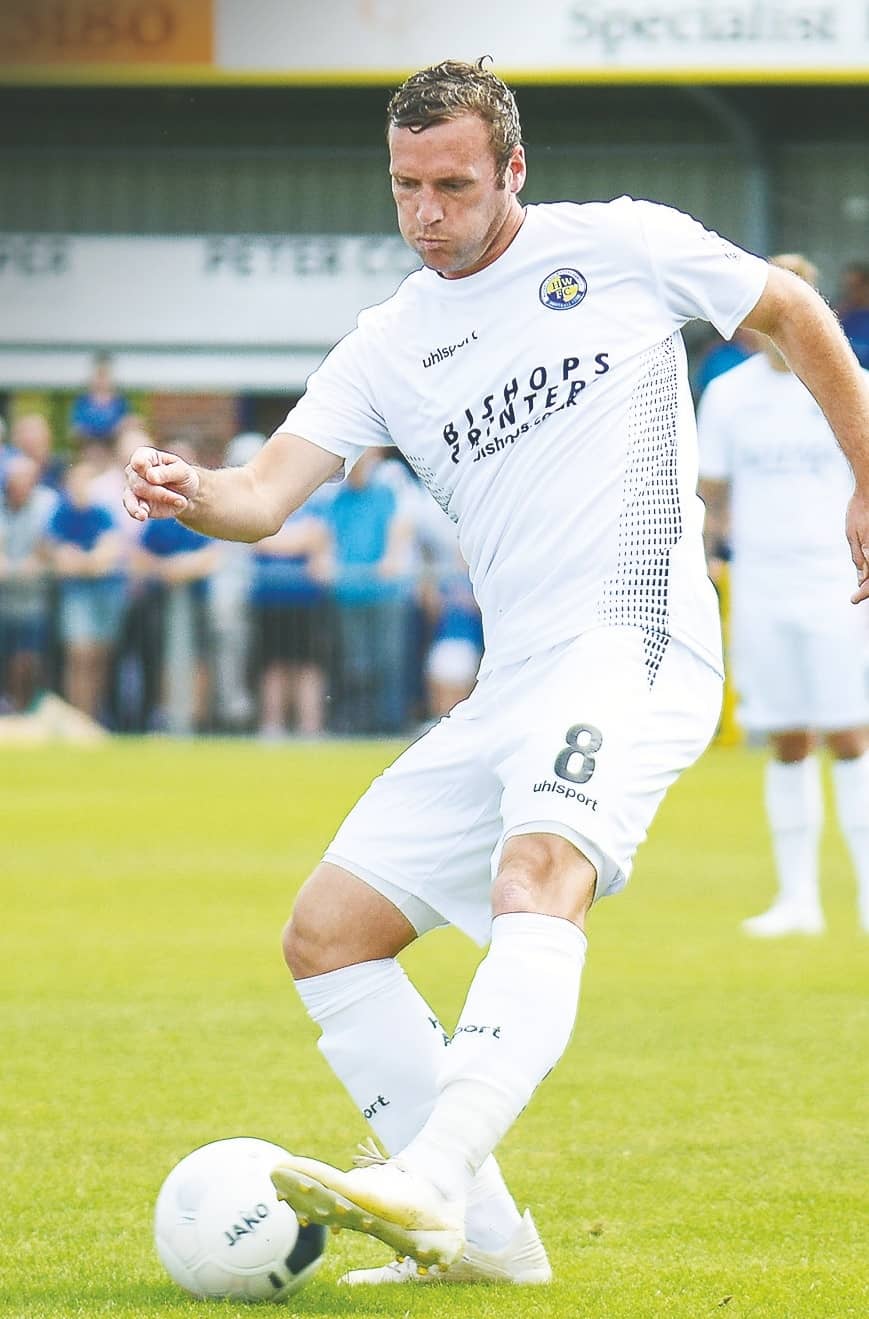 Drury’s back to lay firm foundations with Brickies

ANDY DRURY says he hasn’t returned to hometown Sittingbourne to wind down his playing days – the midfielder wants to help them bring back the glory days.

The Brickies launched Drury’s career when he broke into the first team as a teenager after watching them from the terraces with his dad and grandad from the age of seven.

He left 17 years ago for a career that took him to FA Trophy and Conference title glory with Stevenage before he played for Ipswich in the Championship with two spells at Luton Town before recent stays with Eastleigh, Ebbsfleet, and Havant & Waterlooville.

And Drury says he’s delighted to be back at the club where it all began.