HERO JULIAN IS PRETTY IN PINK 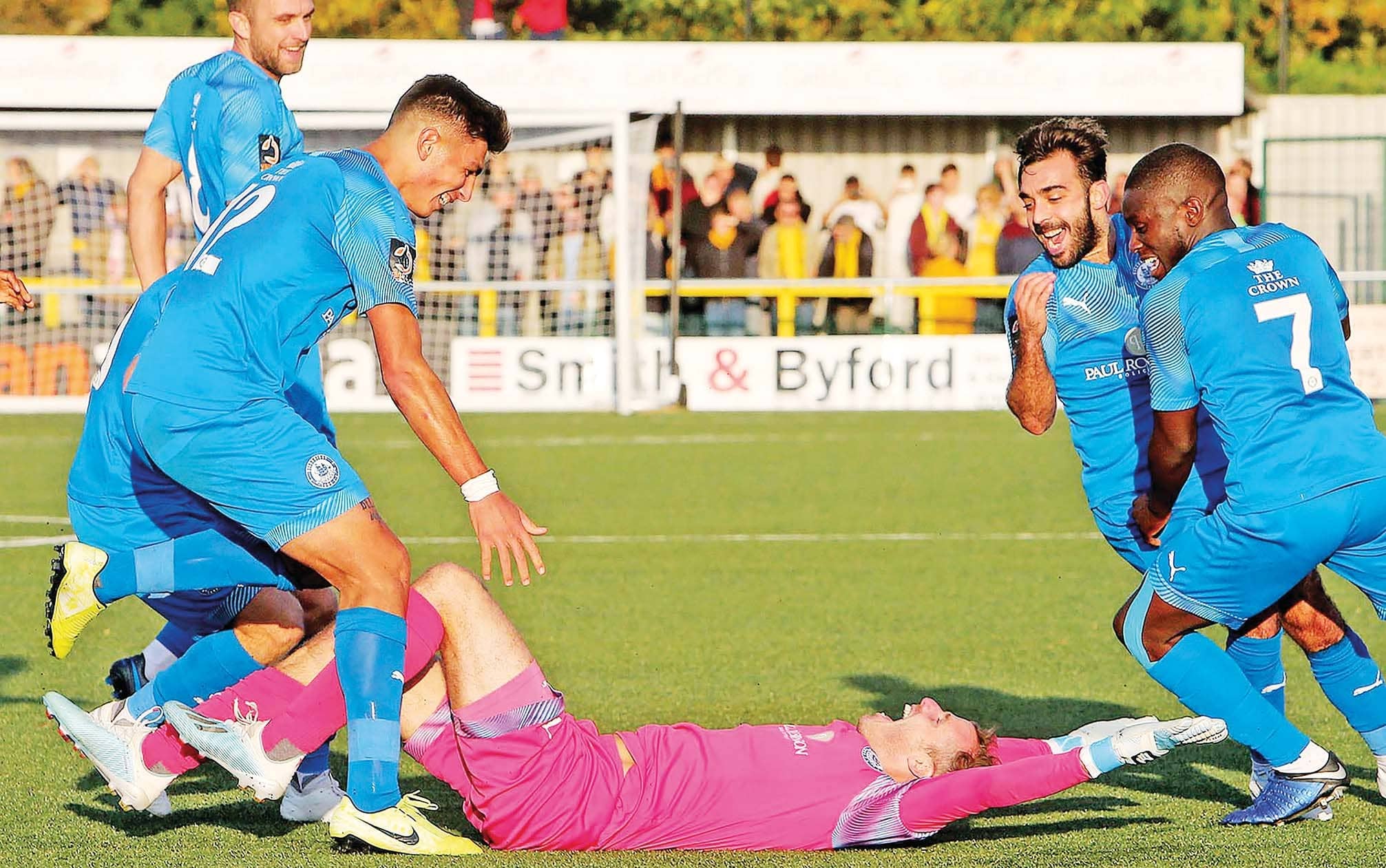 This week, Billericay Town photographer NICKY HAYES shares and explains the image that he cherishes the most

TWO minutes into the allotted four of injury-time and it didn’t look like Billericay Town were going to equalise.

Hosts Sutton United, of the National League, were leading 1-0, with a place in the FA Cup first round waiting, and I thought we were going out.

Then, all of a sudden, this guy in all-pink started sprinting up the pitch!

Alan Julian, our goalkeeper, referred to himself as ‘pretty in pink’ and he stood out like a sore thumb as he came charging downfield to attack a last-gasp free-kick on the left-hand side.

I took a gamble and decided to track and frame my camera on him. Normally I’d focus on the forward players like Jake Robinson or Sam Deering but it was very late on and it was all hands on deck.

Alan told me afterwards how when a keeper comes up it sometimes confuses and panics the opposition defence. His aim was to generate some sort of impact, block an opponent off or draw a defender away, which might help one of the strikers around him.

The free-kick floated into wards him and his first thought, so he revealed, was to punch the ball away because that’s what he usually does! Instead, though, he closed his eyes and rose for the header. The ball hit the back of his head and Alan, surrounded by bodies, fell to the ground, dazed. Imagine his delight to discover the ball had actually gone in!