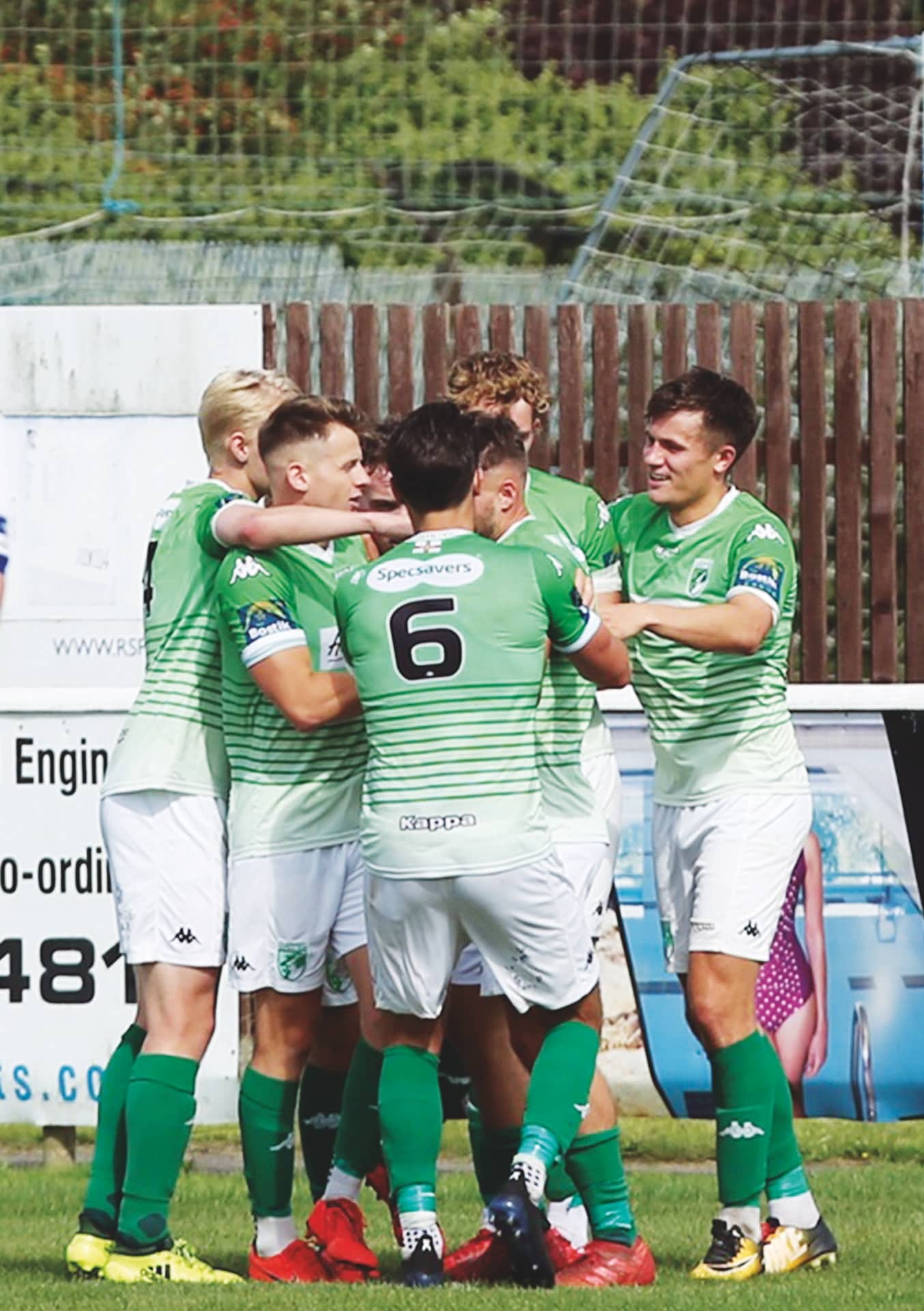 Midfielder Scott would have been a youngster in the crowd when the Channel Islanders entered a team into the National League System back in 2011.

One of the cornerstones of GFC’s foundation was to provide players with the opportunity to further their football careers.

This week, 16-year-old Scott signed a two-year deal with the Robins and Guernsey boss Vance says everyone at the club is delighted for the youngster.

“We knew he was a good player coming through,” Vance told The NLP. “I thought he would be with us a bit longer but he’s turned some heads already.

“It’s really good and almost vindicates what the club is set-up to do – it’s to give a pathway and opportunity to the kids on the island. Inspiring players on the island. It’s nice to get one through.

“He would have been about eight when Guernsey FC started. I remember coaching him at our soccer schools! Probably he wanted to be Ross Allen.

“I spend a lot of my time coaching in the academy. We have to develop our own players. You often hear people talk about their youth teams and the pathway to the first team but it never really happens – they might get one but we have to get 11. That’s why we put so much resource and effort into that.