GOLDEN BOY ADAM'S BACK IN SPOTLIGHT WITH LINNETS 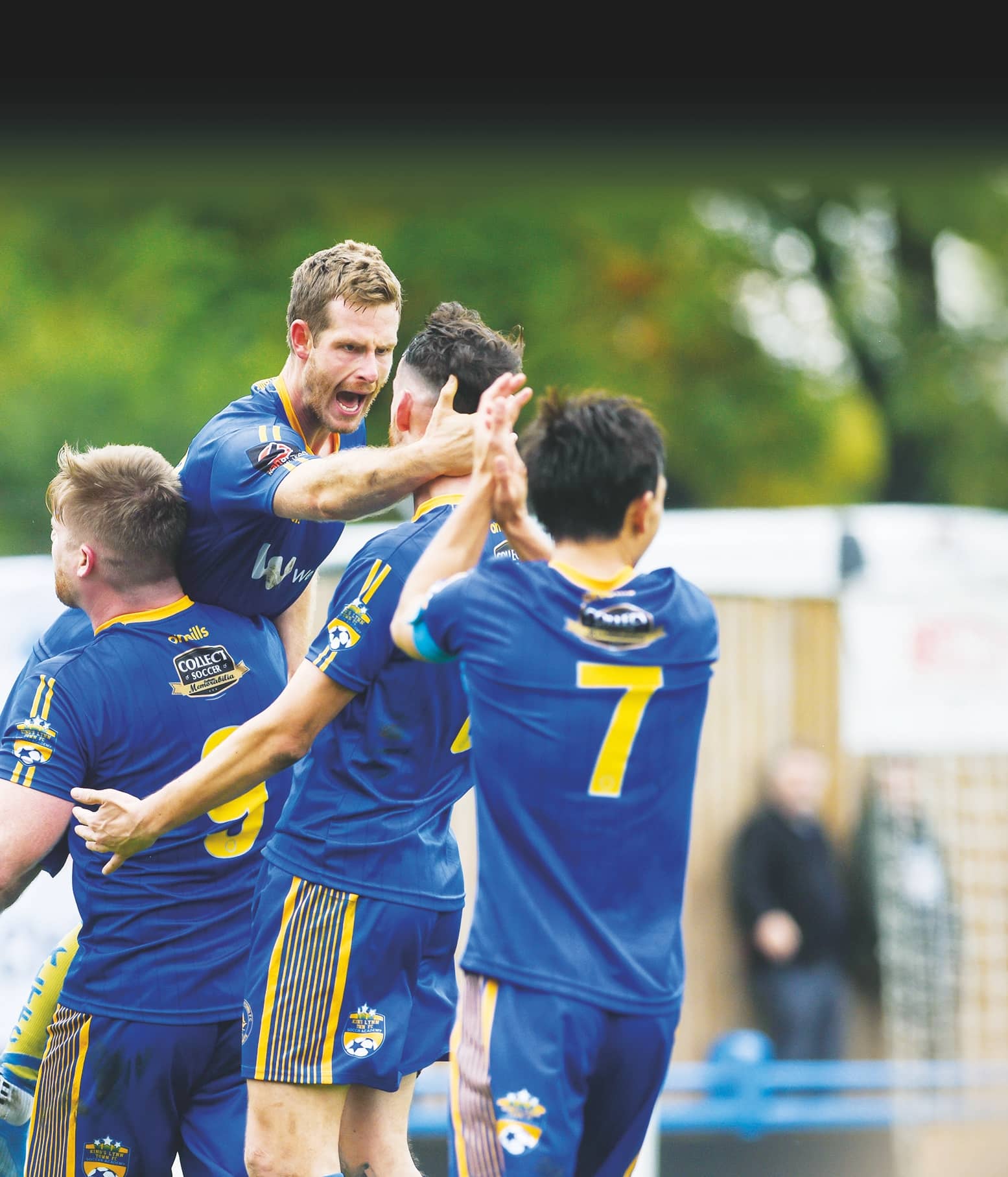 GOAL-MACHINE Adam Marriott still wants another crack at professional football – but for now is focused on fi ring King’s Lynn Town to the National League.

The 28-year-old is the National League North’s top scorer with 17 goals in 18 games which has helped take the newly-promoted, part-time Linnets to the Step 2 summit.

Ian Culverhouse, the former Norwich City and Aston Villa assistant manager, who is in his second spell at the club having returned from a brief spell at Grantham Town in November last year, led King’s Lynn to promotion through the Super Play-Offs and now has them in surprise promotion contention.

“I think we were one of the favorites to get relegated at the start of the season,” striker Marriott told The NLP, with the club sat two points clear of nearest rivals York City at the top. “We didn’t start so well, we lost 3-0 at Guiseley and we thought it was going to be a tough season. From then on we really picked up. The boys are playing with confidence.”