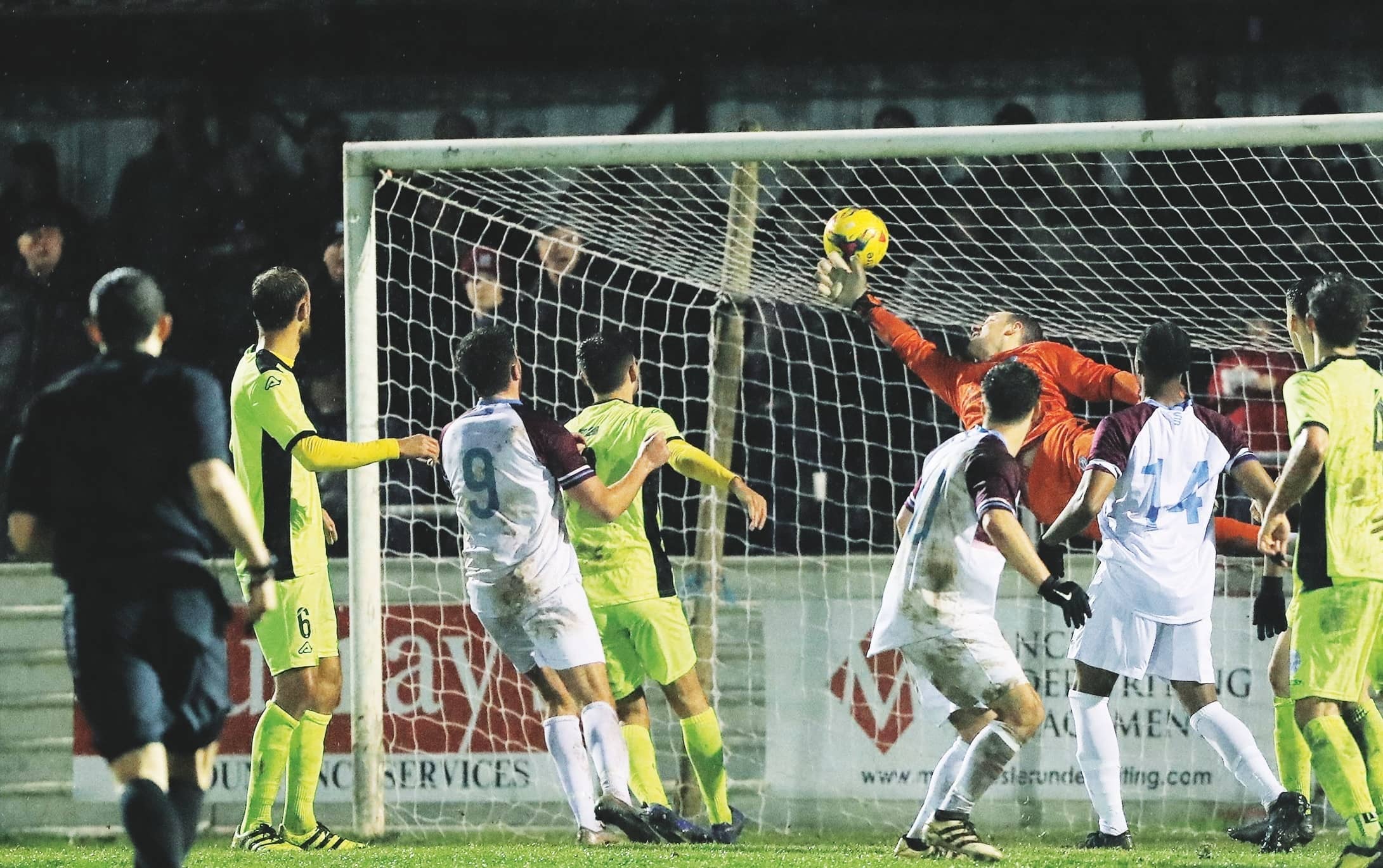 ON A miserable afternoon weather-wise, Chesham put in a performance to brighten any day and stay top of the table.

The floodgates opened in the 15th minute, Dave Pearce scoring with a free-kick from the edge of the area that seemed to catch keeper Shane Murphy by surprise as he could only palm the ball in at the near post.

Full-back Chris Doyle, making his Chesham debut after signing from Potters Bar the day before, then doubled the lead with a low drive through a crowd of players in the 24th minute.

However Dorchester pulled one back eight minutes later, Klaidi Lolos heading in after Chesham’s defence failed to clear a corner.

As the rain poured down, Chesham turned on the style in the second half, and Shane Murphy twice had to save from Bradley Clayton.