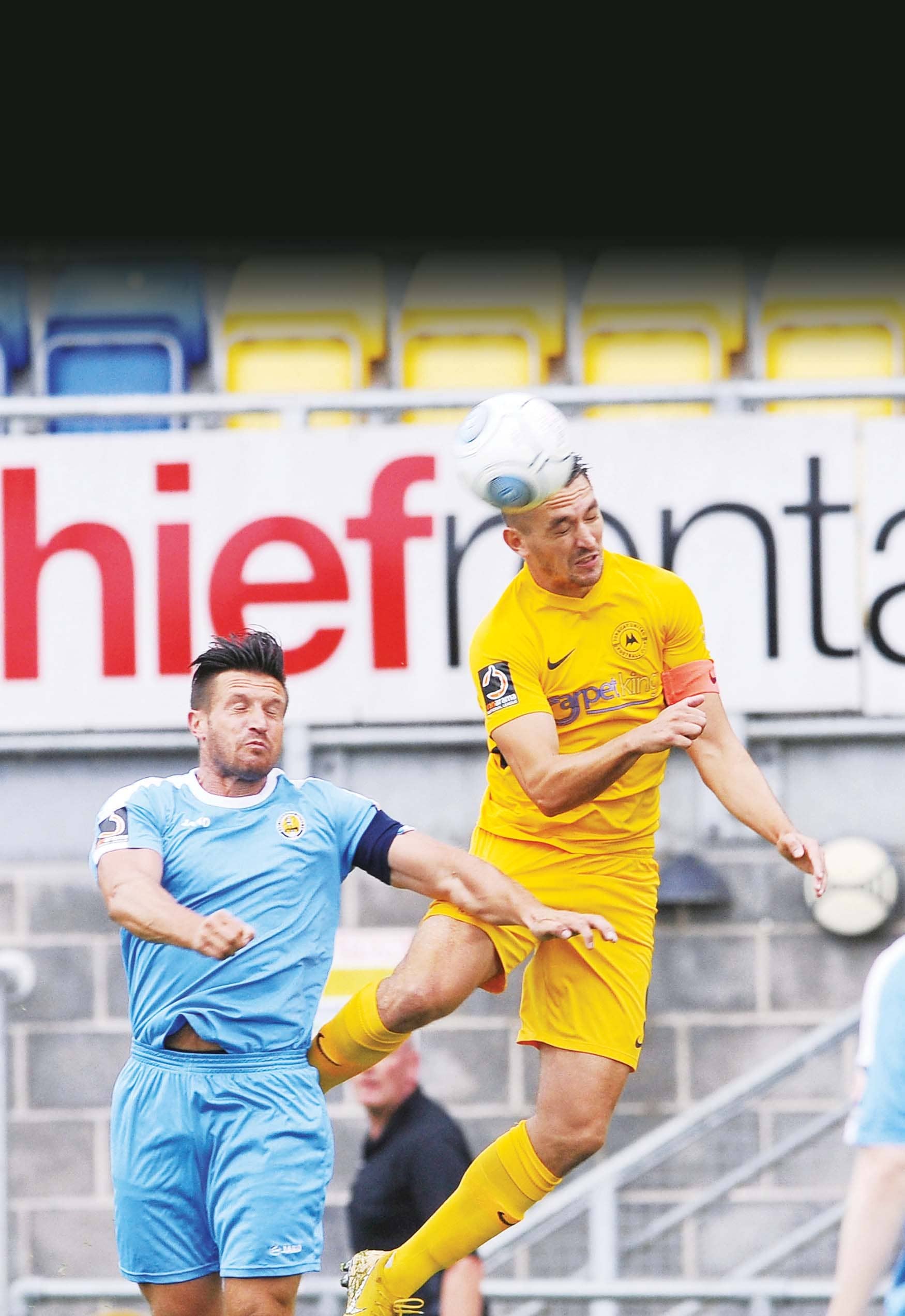 Goal Scoring ace Brett Williams has seized the opportunity to carve out a long-term future in coaching – while also looking to lead the AFC Totton revolution.

The 32-year-old headed an impressive influx of signings at the Snows Stadium this week as ambitious boss Glenn Howes launches a promotion assault from Southern League Division One South next season.

But Williams, the former Aldershot, Stevenage and Torquay United frontman, isn’t just there to keep the net bulging, he has been handed an inviting dual role which will see him launch and head the club’s new academy, as of 2021.

Southampton-based Williams finished last season with National League South title chasers Weymouth and returns to his local club where he spent a brief spell in 2009 as a youngster at Eastleigh.

A dream move to Reading in 2011 didn’t quite work out and after loan spells with Northampton and Stevenage, Williams dropped back down to become one of NonLeague’s most feared marksman at a host of top clubs.