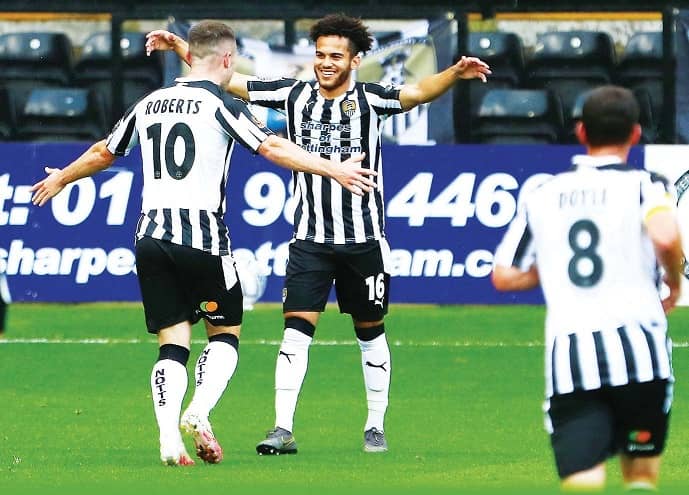 BATTLING Barnet took promotion favourites Notts County to the wire at Meadow Lane after being all but blown apart in the opening quarter.

Both managers summed up a topsy-turvy game perfectly.

“For 30 minutes we were breathtaking,” said Notts manager Neal Ardley.

“For 55 minutes we were very competitive,” countered Beadle.

The repeat of July’s playoff clash looked to be no contest with Barnet allowing Notts freedom to play their flowing football from the kick off.

Kyle Wootton had already whipped an effort against a post before three goals inside nine minutes looked to have settled the game.