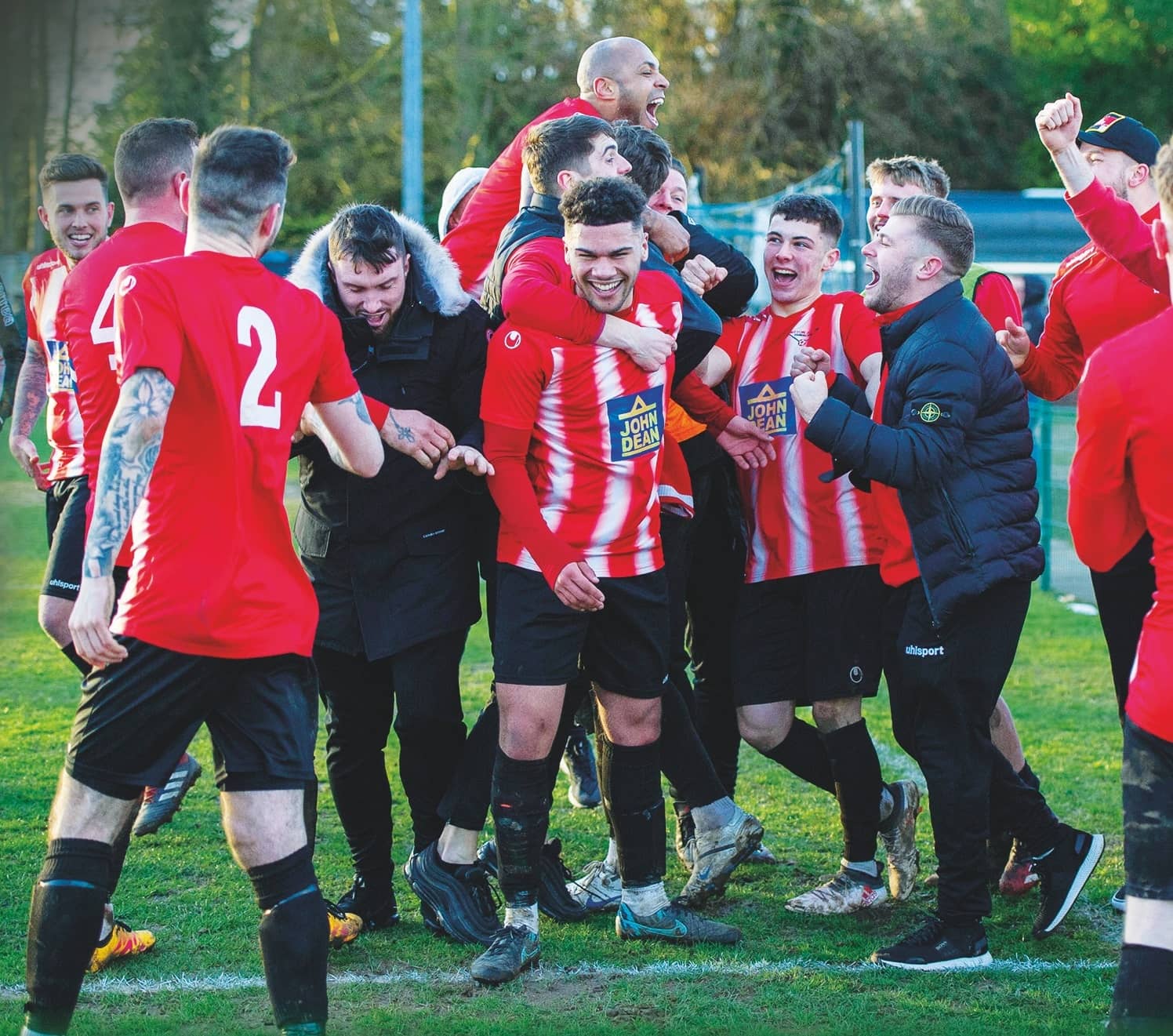 LIAM BISHOP smashed four goals as Bitton progressed to the semi-finals of the FA Vase after comprehensively disposing of competition favourites Wroxham.

Bishop ensured the dominant Western League Premier Division side continued their positive form and made light work of a blunt Yachtsmen side, who struggled to find momentum.

Charlie Clarke’s red card on the brink of half-time made a difficult task considerably harder, despite Wroxham possessing a former Premier League duo amongst their ranks.

Ex-Norwich City stars Simon Lappin and Grant Holt were in their starting XI but Wroxham failed to discover any end product to their offensive passages.

Bristol-based Bitton were ruthless in the final third, Bishop was a lively presence all afternoon and displayed a clinical edge that the hosts were severely lacking.

The Yachtsmen were looking to utilise Holt’s physical presence and he was the target from an early Harley Black free-kick but the Canaries legend failed to hit the target with his effort. As an outlet, Holt proved lively, but he was forced to deal with scraps for the majority of the fixture.

From there, Bitton grasped the mantle and gained control of the fixture, with Bishop at the heart of their first meaningful attack. He turned Mac Gee before threading in Gerrard Robinson who crossed from the right.