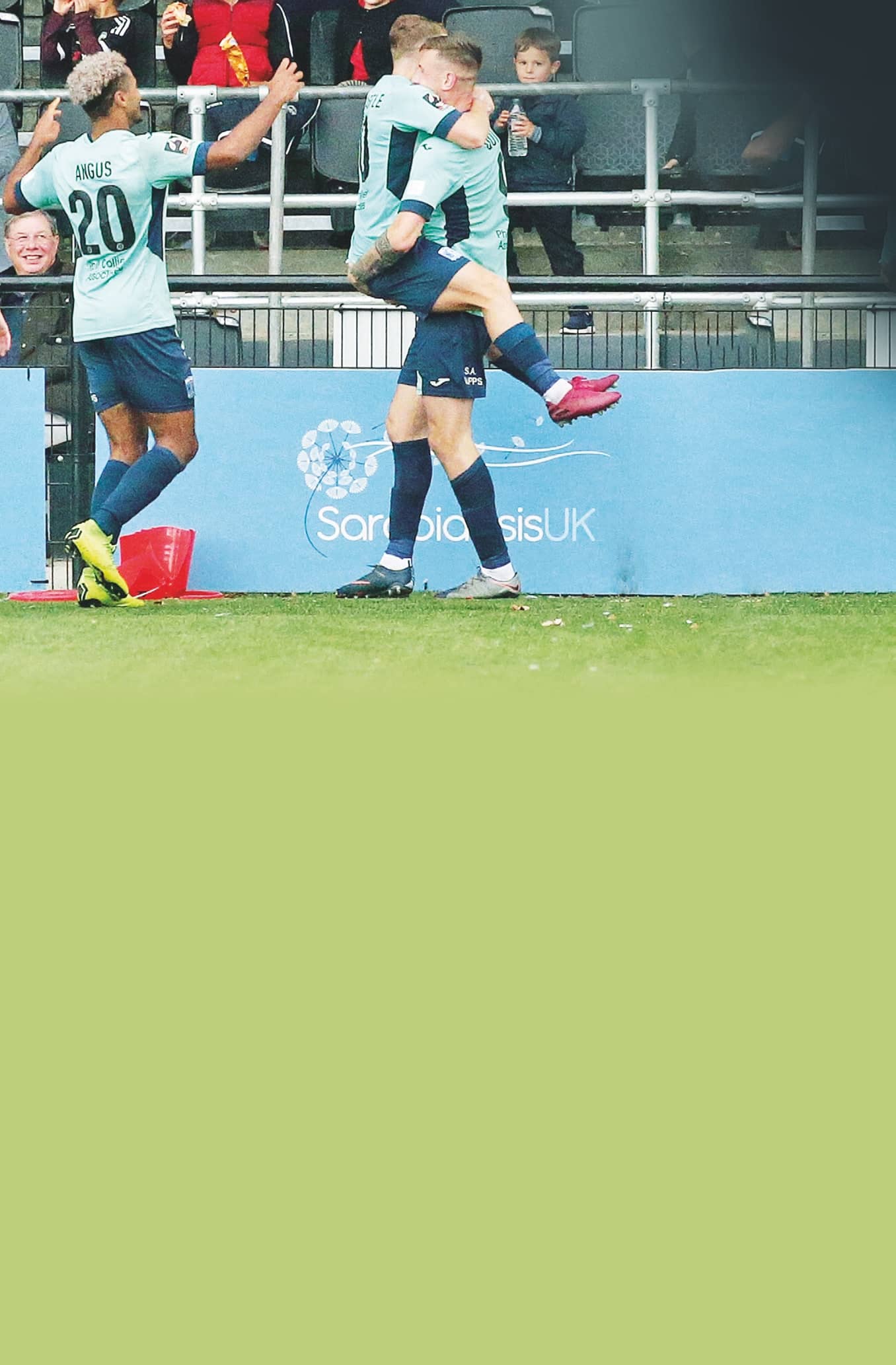 We’re a good team and the lads de-serve all the praise that they get.” beamed Bluebirds manager Ian Evatt as his side won their sixth game in a row to move into the National League play-off places.

A Dior Angus goal in the first half and Scott Quigley in the second set the foundation for the Bromley win. Despite a late reply from Michael Cheek, it was too little too late for the Ravens.

Barrow under Evatt have always been one of the best footballing sides in the league and this performance was no different as they swatted Bromley aside.

Taking control of the tempo from the first minute they sent an early warning to Bromley when John Rooney curled a free-kick into the side-netting.

However they weren’t to be denied a first-half lead. Angus collected a Jason Taylor pass and turned his man before scuffing a low effort, in off the post, past Ryan Huddart and defenders on the line.