ALL THE LIP AND A REAL EYE FOR GOAL! 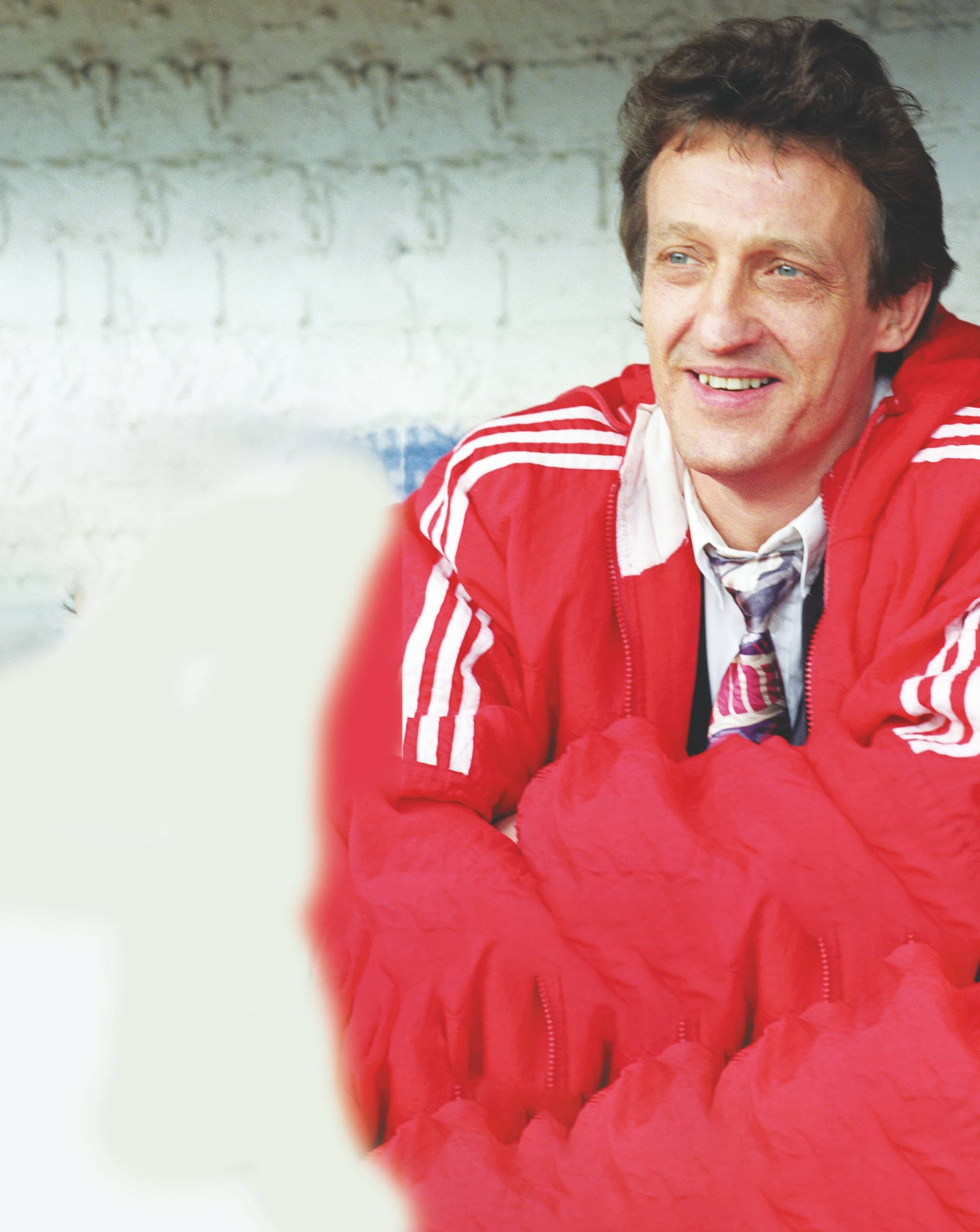 FOR most players, legendary status is the painstaking by-product of loyalty, goals, medals and memories.

Others become icon in a single moment. Journeyman keeper Jimmy Glass made just three appearances on loan at Carlisle United in 1999, yet the last-gasp goal he scored to prevent relegation to the Conference enshrined his name in Cumbrian folklore.

Nor will anyone forget Roy Essandoh, a jobbing striker who answered an ad on teletext, joined Wycombe Wanderers on a two-week deal and promptly scored the winner in an FA Cup quarter-final.

Chris ‘Budgie’ Kelly’s contribution to Leatherhead was, admittedly, rather more substantial. A nimble striker of considerable skill, he scored prolifically, and often spectacularly, over the course of six seasons with the Tanners.

Nevertheless, it was a single fortnight in the winter of 1975 that propelled the 26-year-old upholsterer to national fame.

Having scored a late winner to down Brighton in the FA Cup third round, Kelly appeared on that evening’s Match of the Day to ‘discuss’ the Tanners’ prospects of beating top-flight Leicester City in the next round.

“We’d all gone for a meal afterwards,” recalls Peter McGillicuddy, who played in midfield for Leatherhead. “He’d had a few beers, but he wasn’t half cut. The BBC sent a car, dragged him out and took him into London. Then he opened his mouth.”

“Leicester? They’re rubbish,” Kelly told a somewhat startled Jimmy Hill. “We’ll stuff them in the next round.”

Within hours, the Daily Mail had dubbed Kelly the ‘Leatherhead Lip’. Kelly, a natural extrovert, revelled in the role and before long was lobbing hand grenades from the back pages of national newspapers, Nationwide and even Tomorrow’s World.

Foxes players were “robots”. Jeff Blockley, the Leicester defender, was “useless”. Asked about Leatherhead’s decision to switch the tie to Filbert Street, Kelly responded: “The bigger the stage, the more we like it. It’s about time a Non-League side reached the final.”