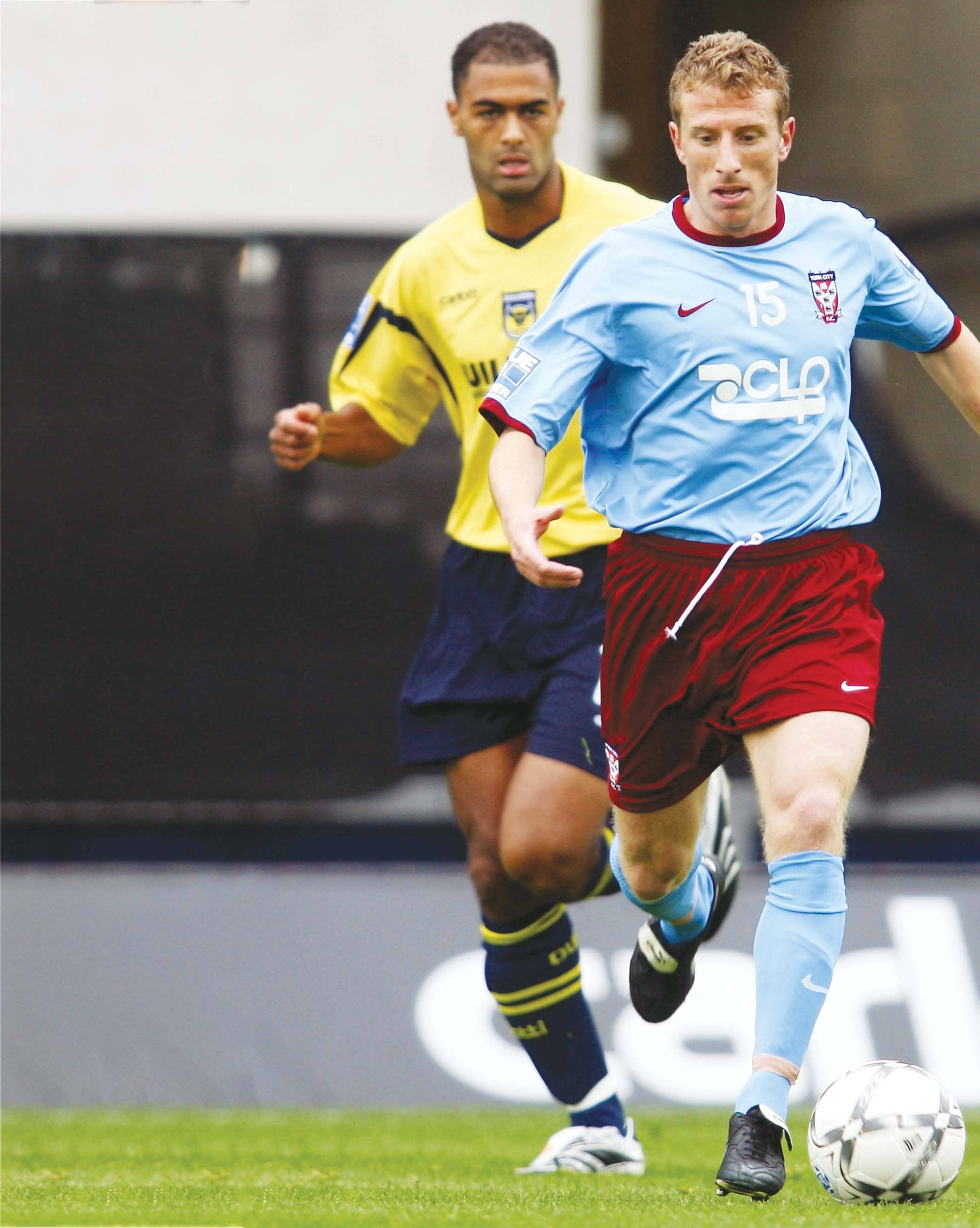 HE TURNED out for no fewer than 19 different clubs as a player, now ambitious Alex Meechan is ready to hit the road again – this time plotting his next move on the managerial ladder.

Playmaker Meechan made his name in an 18-year playing career which started at Swindon Town and took him up and down the country, from the bright lights of the capital with Dagenham & Redbridge, taking to the rolling Yorkshire Dales for Harrogate Town and briefly crossing the Welsh border to wear the claret and blue of Colwyn Bay.

But swapping his boots for the shirt and tie of management finally gave the 40-year-old a chance to live a less nomadic existence and that opportunity appeared to arise last summer when Meechan was handed the permanent job at Northern Premier League side Stafford Rangers after he and Andy Fearn jointly guided Boro away from relegation danger whilst in caretaker charge.

However, a misfiring and injury-hit campaign saw the famous club rooted to the foot of the table when football was abruptly halted in March and a matter of weeks later the managerial axe fell.

“I am gutted because I was desperate to resurrect what had been such a frustrating spell,” Meechan told The NLP.

“It was the worst season I have had in my 25-year career in the game. Right from the start we were absolutely decimated with injuries. If any club loses three or four of their best players and biggest earners they are going to be hit hard.

“We were almost never able to pick a consistent team. There was one part where we were limping through games with eight players out!

“What is a real shame is that we were beginning to turn things around a bit when the league stopped. We had been able to pick the same starting eleven on three occasions, which had never happened in previous months.