Trott Gets Up To Speed At Dons 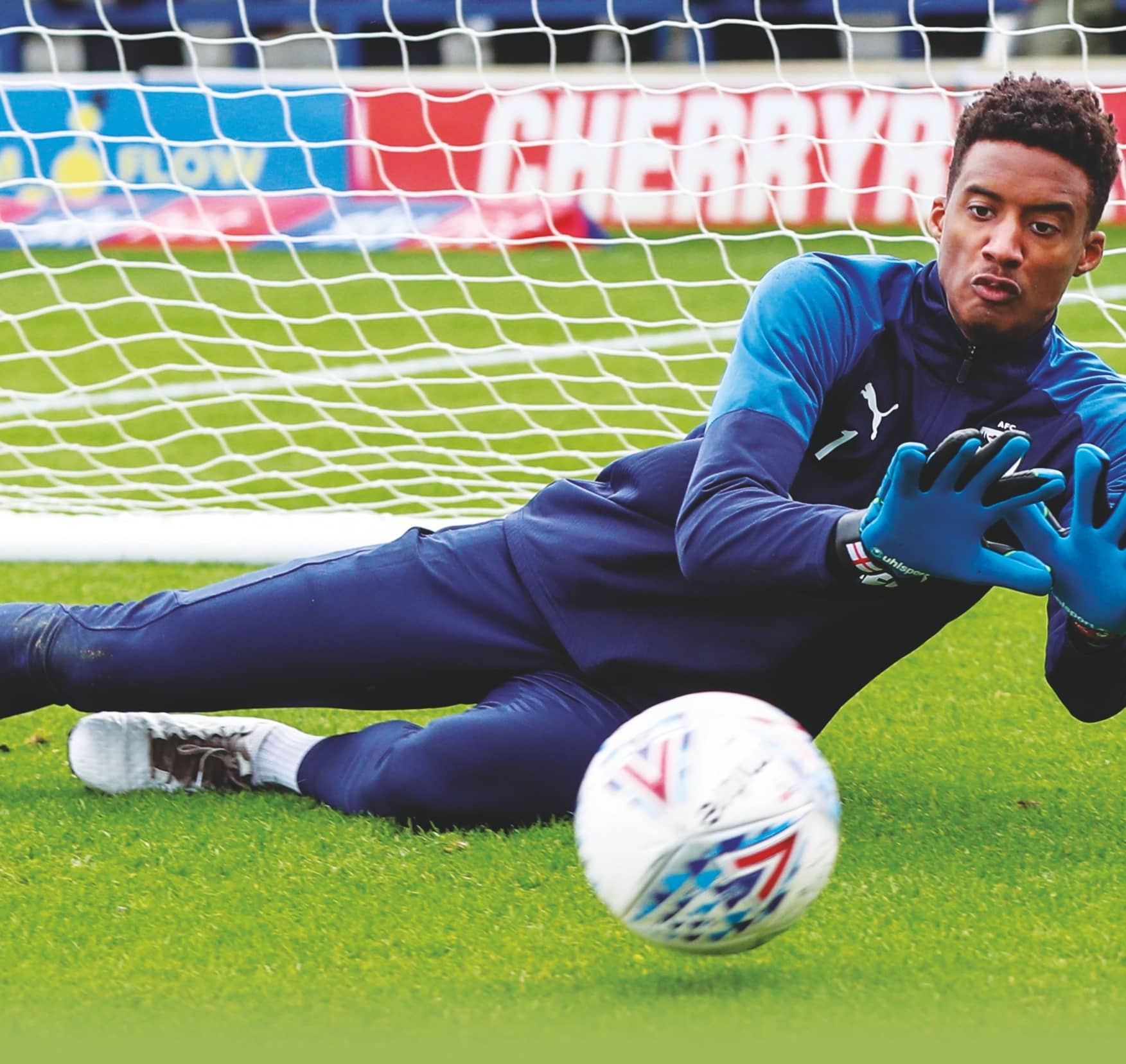 HE COULD have been a La Liga left-back, but now goalkeeper Nathan Trott is hoping his time at AFC Wimbledon can help him follow a familiar path into the senior England squad.

The West Ham hopeful, who turned 21 on Thursday, is currently enjoying a season-long loan with the Dons, emulating each of the shot-stoppers named in Gareth Southgate’s last Three Lions’ squad – Jordan Pickford, Nick Pope and Dean Henderson – by cutting his professional teeth with a stint in the lower leagues.

Dons regulars are being treated to the sight of a net-minder whose reliable footwork once had him earmarked for a potential future as a La Liga left-back.

Trott only switched to goalkeeper when Bermuda under-15s’ first choice was injured during a tournament.

He subsequently won a string of man-of-the-match awards and, after trials with Crystal Palace and Reading, was given a chance by West Ham, who handed him a four year deal in March. Having switched allegiance to win six caps at U20 level with England, Trott has since been involved with the U21s.

His prowess further up the pitch continues to serve him well, too, in an era where ball-playing keepers are all the rage.

In League One, he is picking out intended targets with unerring accuracy, even if that means pinging it longer than he has been used to with the Hammers.