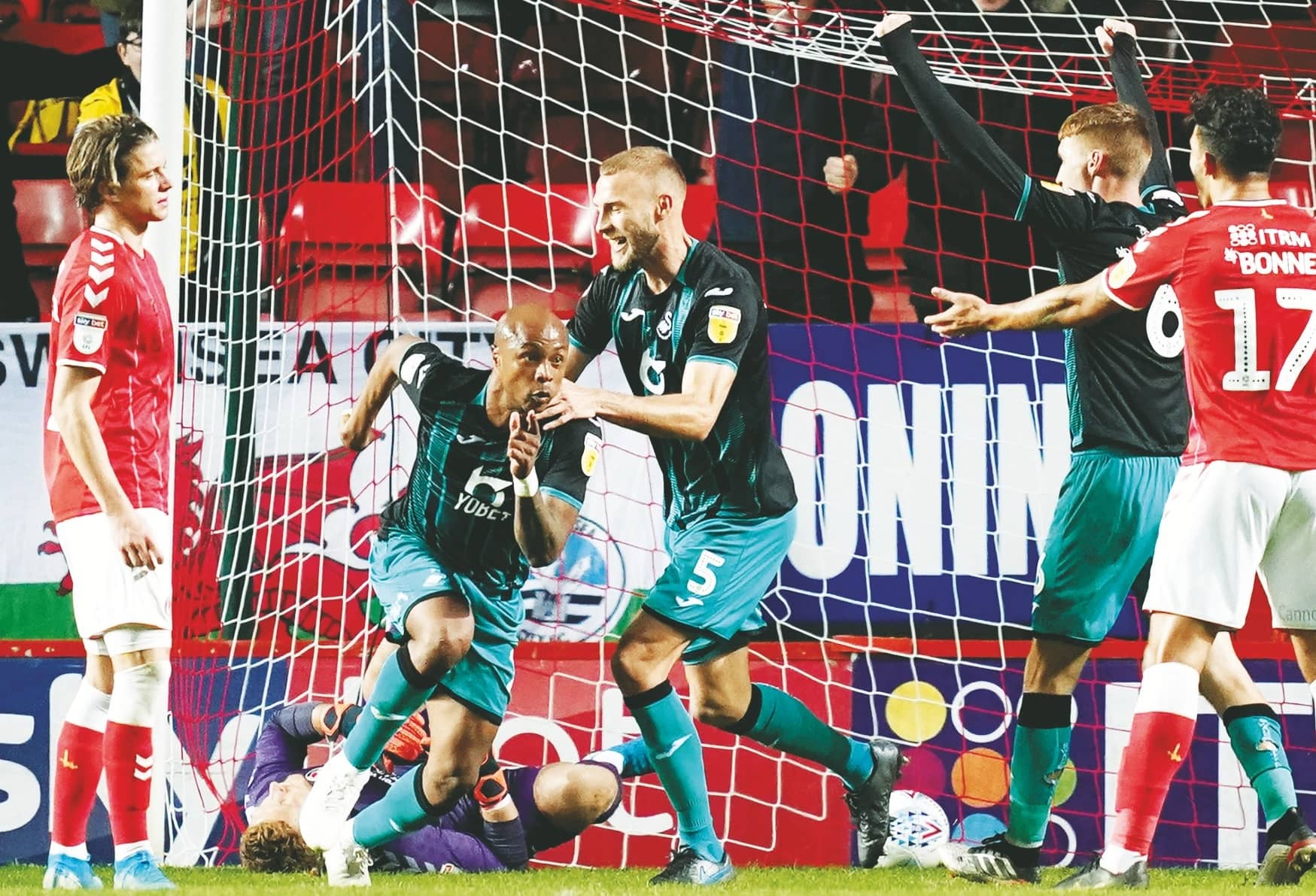 WHEN Swansea boss Steve Cooper took what he described as the job of a lifetime in the summer he knew that he finally had the chance to prove his credentials.

The 39-year-old had been slowly but methodically learning his trade in youth coaching with Wrexham and Liverpool before joining the FA in 2013.

He managed the England U16s and U17s, leading the latter to World Cup glory in 2017.

However, the Swansea job represented his first taste of Football League management and the proud Welshman, son of former referee Keith Cooper, issued a statement of intent in his very first press conference, with a vow to target a return to the Premier League.

Following the sudden departure of Graham Potter, the former Bangor City defender faced a battle to steady the ship at the Liberty Stadium and build on the foundations laid by the current Brighton boss.

Known for favouring a pressing brand of attacking football, Cooper was always going to bring a new identity to the Swans and it’s bearing fruit.

Wednesday’s hard fought 2-1 win at high-flying Charlton saw the Welsh side return to the Championship summit and in doing so maintain their impressive unbeaten run away from home in the league.

At times during the game at The Valley, Swansea’s attacking players Bersant Celina, Yan Dhanda, André Ayew and Borja Bastón looked almost unplayable as they carved their way through a backline who just days before kept Marcelo Bielsa’s Leeds side at bay.