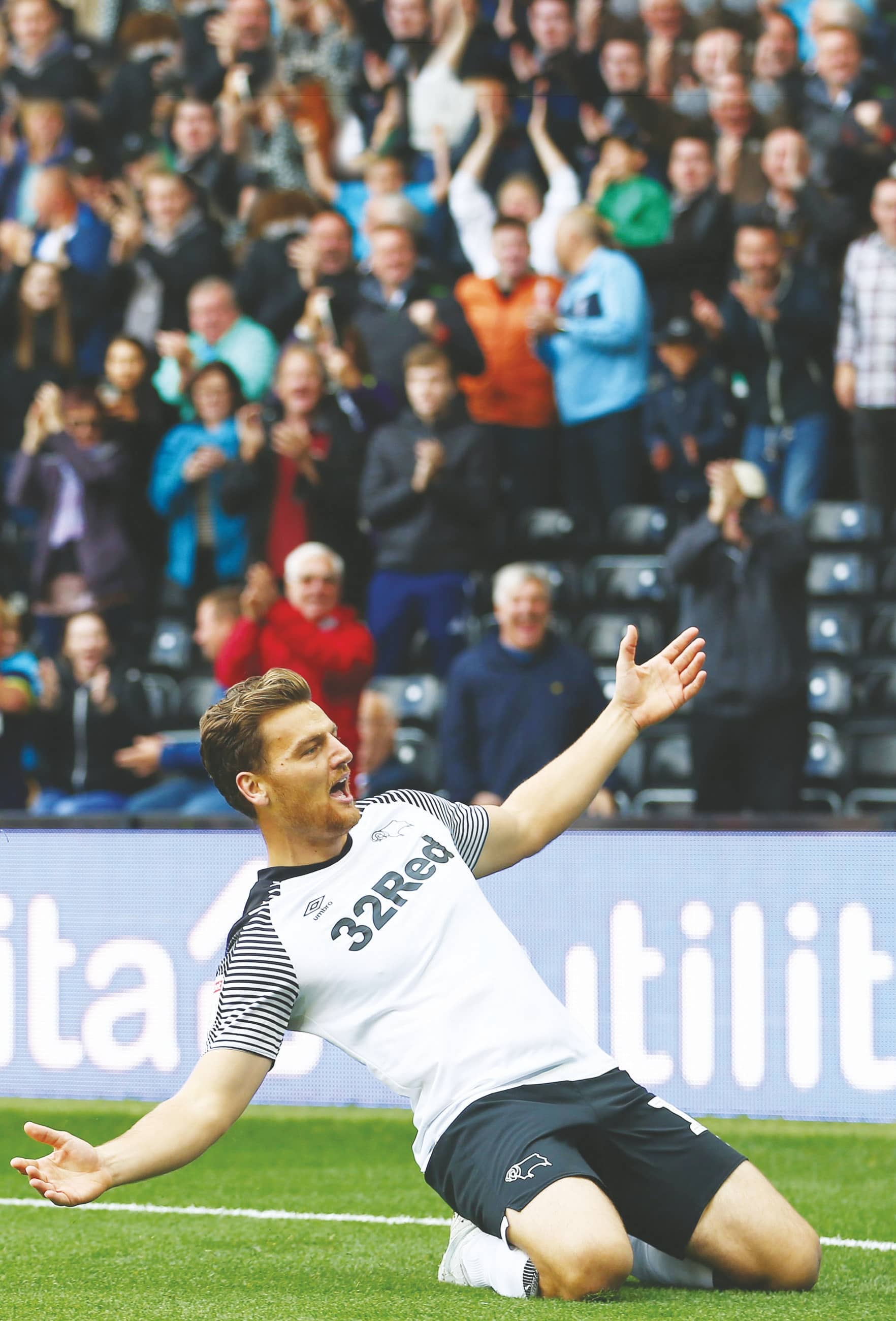 CHRIS Martin is such a familiar sight in the colours of Derby County that it is easy to forget he began the season as Phillip Cocu’s third-choice striker.

Two-and-a-half seasons away from Pride Park and a lengthy battle with ulcerative colitis had condemned the 31-year-old to little more than a watching brief.

Nigel Pearson loaned him to Fulham. Gary Rowett to Reading. Frank Lampard, who led the Rams to the playoffs last year, sent Martin to Hull City with nary a chance to prove his worth.

So when Cocu installed Martyn Waghorn as the spearhead of his 4-3-3 formation in August, it appeared the end was nigh.

But having impressed for the Under-23s and returned to the first-team with a late equaliser against Leeds in September, it is now Martin leading the line - and Derby look a far slicker unit for his muscular presence.

Martin is no longer the prolific marksman who notched successive 20-goal seasons under Steve McClaren. Pre-weekend, he hadn’t scored since October and what meagre pace he possessed has been diminished by age and illness.