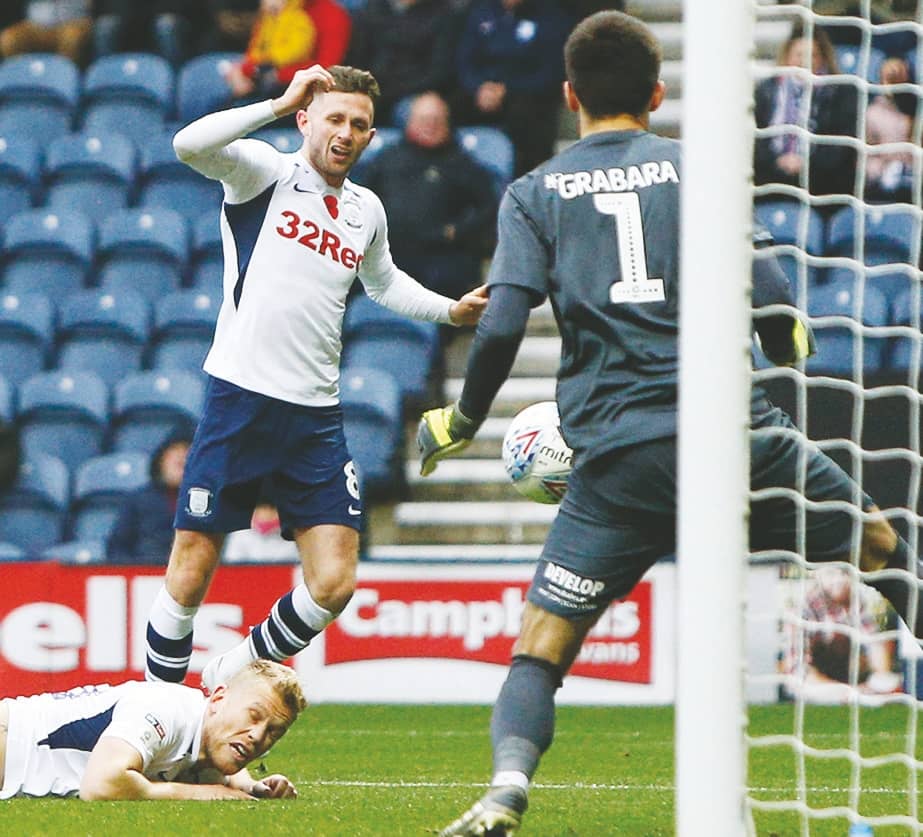 The Republic of Ireland had fallen bitterly short, a 1-1 draw and a dominant performance not quite enough to displace the Danes from their berth at the championships.

Despair mixed with dejection. “When the whistle goes, you’re just gutted,” says the Preston North End midfielder, who played the full 90 minutes for Mick McCarthy’s side. “It hurts. Bad.”

But when the pain dissipated, it was replaced with pride at achieving what Browne describes as a career high.

“It was probably - no, definitely - the biggest game of my career,” says the 24-year-old Cork man.

“There was obviously a lot on the line. And the atmosphere, the crowd, the standard of the opposition - it’s the best game I’ve played in. It was a bitterly disappointing night, but an unbelievable experience for me.

“You can’t get away from the significance of the game. It’s brought up during interviews, on social media, all of that.

“But I promised myself beforehand that it was something I’d try to enjoy. I didn’t want to let the occasion get to me or worry about the consequences. I did that, and it’s something I’ll remember forever.”

And there could be more golden memories yet. Ireland’s defeat cast them into the playoffs, where they have been drawn away to Slovakia in a one-off semi-final.

Win that, and a potential blockbuster final against Northern Ireland awaits in Belfast.

“Everyone’s aware of how big a game that would be for both sides,” says Browne, who won his seventh international cap against Denmark.

“It would be a unique occasion and I think the atmosphere would be incredible. But you can’t think too far ahead, can you? We’ve got a big test before that.”

Indeed they have. Though far from a footballing powerhouse, the Slovakians finished third in a group containing World Cup finalists Croatia, and have lost just two competitive games at home in the last three years.

And whilst they lack a standout performer, their roster includes players from Lazio, Inter Milan and Celta Vigo.