Shades of The Grey 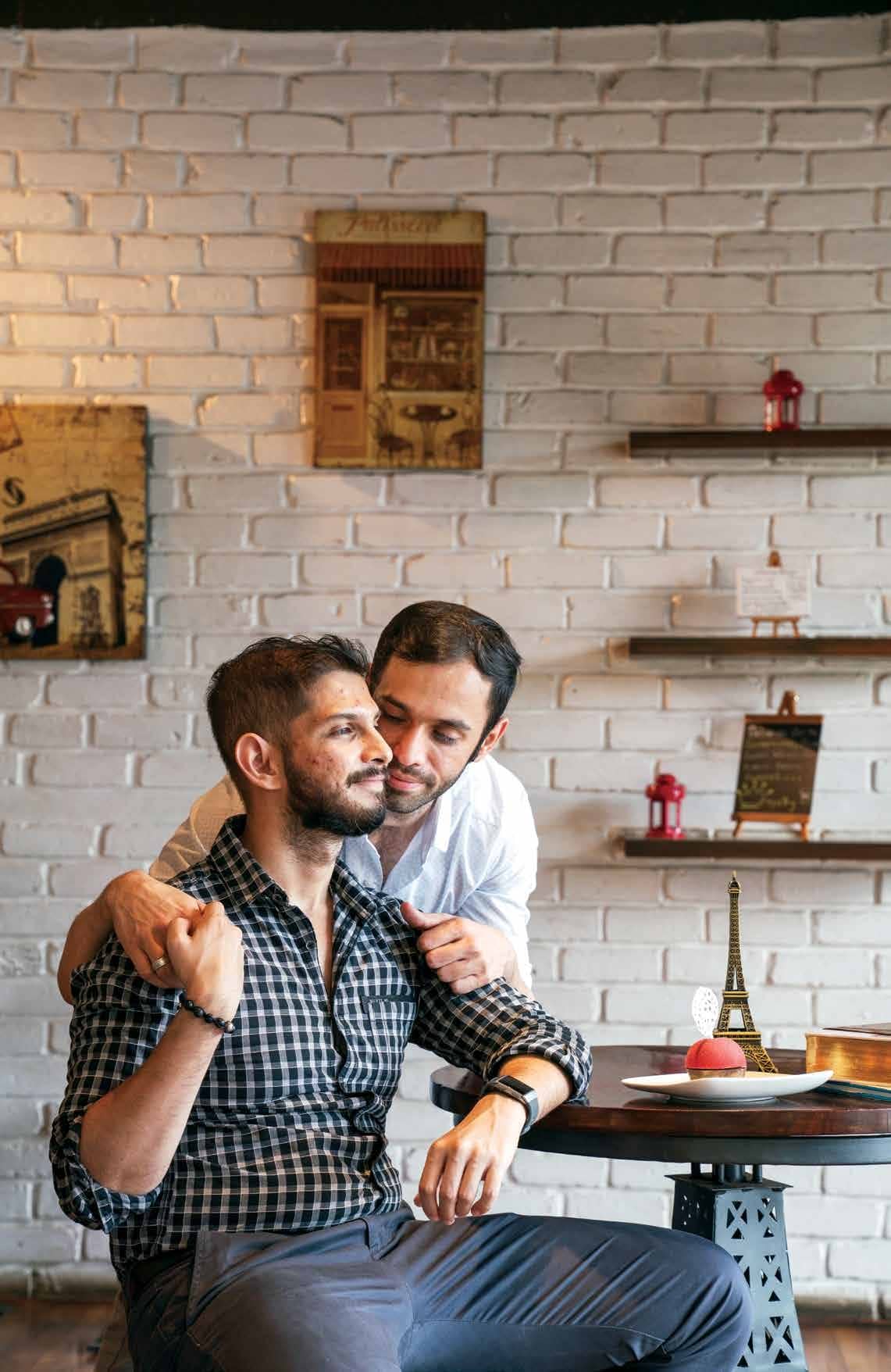 In the shadow of Pune’s Trump Towers lies a little bakery. Its décor, which includes frosted pillar lamps, castiron sconces, Eiffel Tower chairs, and name—Le Flamington, inscribed in calligraphic gilt—are airy homages to the iconic Paris patisserie. What sets it apart from the hundreds of francophilic cafes strewn across the country is the fact that it is owned by a pair of gay men in a long-term relationship, one of them a Muslim, the other a Parsi. The continued audacity of its existence in an atmosphere of minority-silencing makes Le Flamington a monument to food, faith and forbidden love.

Khuzaan Dalal, who manages the business, and Taha Khan, who handles the cooking, welcomed me to the bakery, all smiles and good cheer. They offered me their signature dish, known as “The Grey.” My timid refusals, because of my dislike of pastries of all kinds, made no dent in their insistence. There comes a time, I realised, when one must sacrifice their fussy palate for the sake of a greater experience. When in a bakery, eat the goods.

As we waited for the dish to receive its final touches, Dalal told me, “Did you know that our business and romantic anniversaries fall on the same day?”

“We met on G4M in 2011,” Khan said, referring to Guys4Men, a dating site for queer people in India that predated Grindr and its variants by almost a decade. “I was fresh out of culinary school and interning at the Hyatt Regency when I came across this one online,” he added, pointing at Dalal with his nose. “To be honest, I was a bit shy back then, so I ghosted him for a year until we actually met in person.” They had their first date on 3 July 2012, but Khan soon left for the Culinary Institute of America in New York. “The distance was what made us realise that we wanted to be together,” Dalal said.