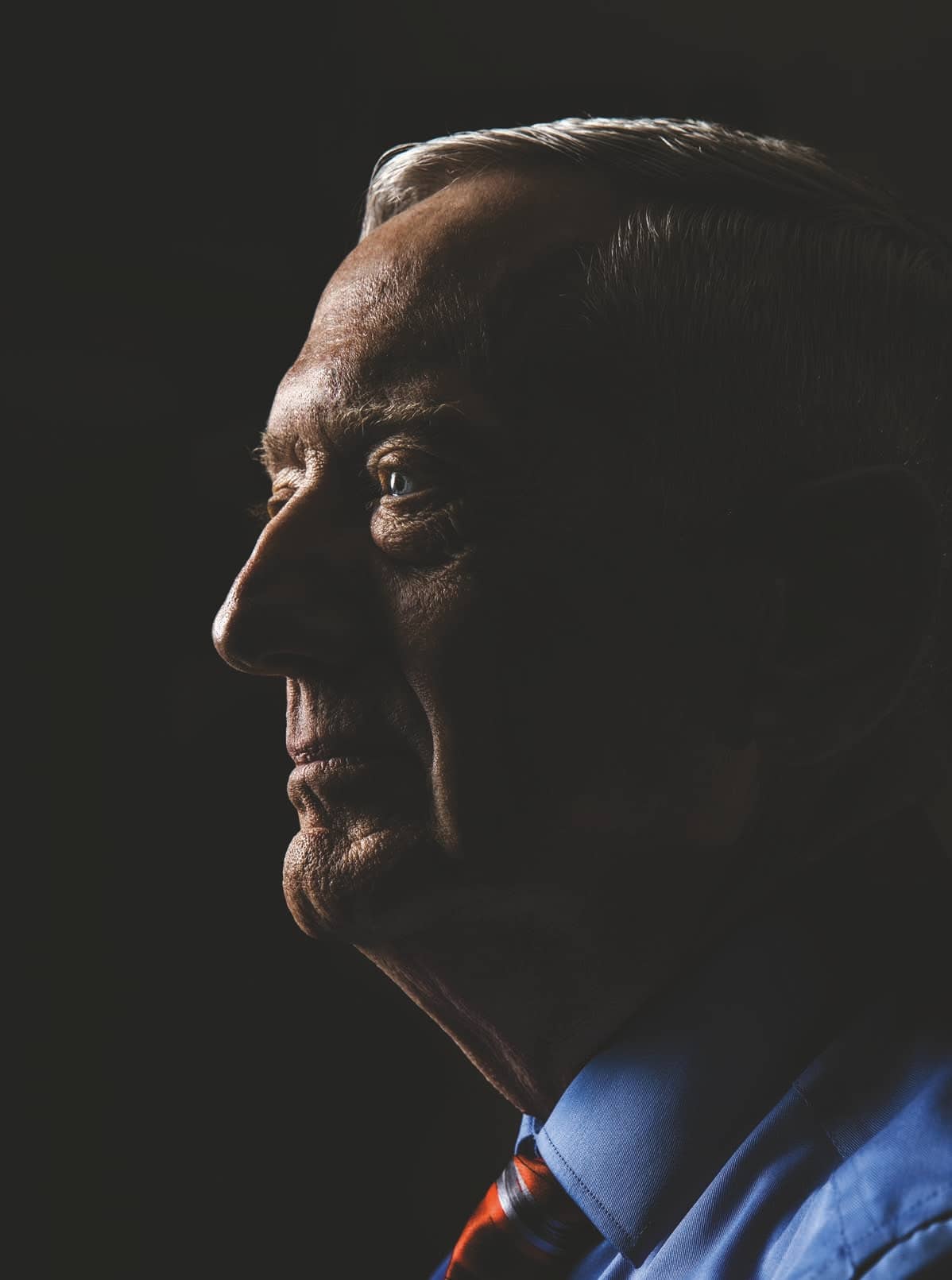 “I Had No Choice But To Leave,” General James Mattis says of his decision to resign as President Trump’s Secretary of Defense.

On December 19 of last year, Admiral Michael Mullen, the former chairman of the Joint Chiefs of Staff, met James Mattis for lunch at the Pentagon. Mattis was a day away from resigning as Donald Trump’s secretary of defense, but he tends to keep his own counsel, and he did not suggest to Mullen, his friend and former commander, that he was thinking of leaving.

But Mullen did think Mattis appeared unusually afflicted that day. Mattis often seemed burdened in his role. His aides and friends say he found the president to be of limited cognitive ability, and of generally dubious character. Now Mattis was becoming more and more isolated in the administration, especially since the defenestration of his closest Cabinet ally, the former secretary of state Rex Tillerson, several months earlier. Mattis and Tillerson had together smothered some of Trump’s more extreme and imprudent ideas. But now Mattis was operating without cover. Trump was turning on him publicly; two months earlier, he had speculated that Mattis might be a Democrat and said, in reference to NATO, “I think I know more about it than he does.” (Mattis, as a Marine general, once served as the supreme allied commander in charge of NATO transformation.)

Mullen told me recently that service in this administration comes with a unique set of hazards, and that Mattis was not unaware of these hazards. “I think back to his ‘Hold the line’ talk, the one that was captured on video,” Mullen said, referring to an impromptu 2017 encounter between Mattis and U.S. troops stationed in Jordan that became a YouTube sensation. In the video, Mattis tells the soldiers, “Our country right now, it’s got problems we don’t have in the military. You just hold the line until our country gets back to understanding and respecting each other and showing it.” Mullen said: “He obviously found himself in a challenging environment.”

Mullen’s concern for Mattis was shared by many other generals and admirals, active duty and retired, who worried that sustained exposure to Trump would destroy their friend, who is perhaps the most revered living marine. Mattis had maintained his dignity in perilous moments, even as his fellow Cabinet officials were relinquishing theirs. At a ritualized praise session at the White House in June 2017, as the vice president and other Cabinet members abased themselves before the president, Mattis would offer only this generic—but, given the circumstances, dissident—thought: “It’s an honor to represent the men and women of the Department of Defense. We are grateful for the sacrifices our people are making in order to strengthen our military, so our diplomats always negotiate from a position of strength.”

To some of his friends, though, Mattis was beginning to place his reputation at risk. He had, in the fall of 2018, acquiesced to Trump’s deployment of troops to the U.S.-Mexico border, and he was becoming contemptuous of a Pentagon press corps that was trying to perform its duty in difficult circumstances.

By last December, Mattis was facing the most urgent crisis of his nearly two years in the Cabinet. Trump had just announced, contrary to his administration’s stated policy, that he would withdraw all American troops from Syria, where they were fighting the Islamic State. This sudden (and ultimately reversed) policy shift posed a dire challenge to Mattis’s beliefs. He had spent much of his career as a fighter in the Middle East. He had battled Islamist extremists and understood the danger they represented. He believed that a retreat from Syria would threaten the security of American troops elsewhere in the region, and would especially threaten America’s allies in the anti-ISIS coalition. These allies would, in Mattis’s view, feel justifiably betrayed by Trump’s decision.

“I had no idea that he was on the precipice of resigning,” Mullen told me. “But I know how strongly he believes in alliances. The practical reasons become moral reasons. Most of us believe that we’ve moved on as a country from being able to do it alone. We may have had dreams about this in 1992 or 1993, but we’ve moved on. We have to have friends and supporters. And we’re talking about Jim Mattis. He’s not going to change his view on this. He’s not going to leave friends and allies on the battlefield.”

That afternoon, Mattis called John Kelly, the former Marine general who was then nearing the end of his calamitous run as Trump’s chief of staff. “I need an hour with the boss,” Mattis said.