Why British Police Shows Are Better 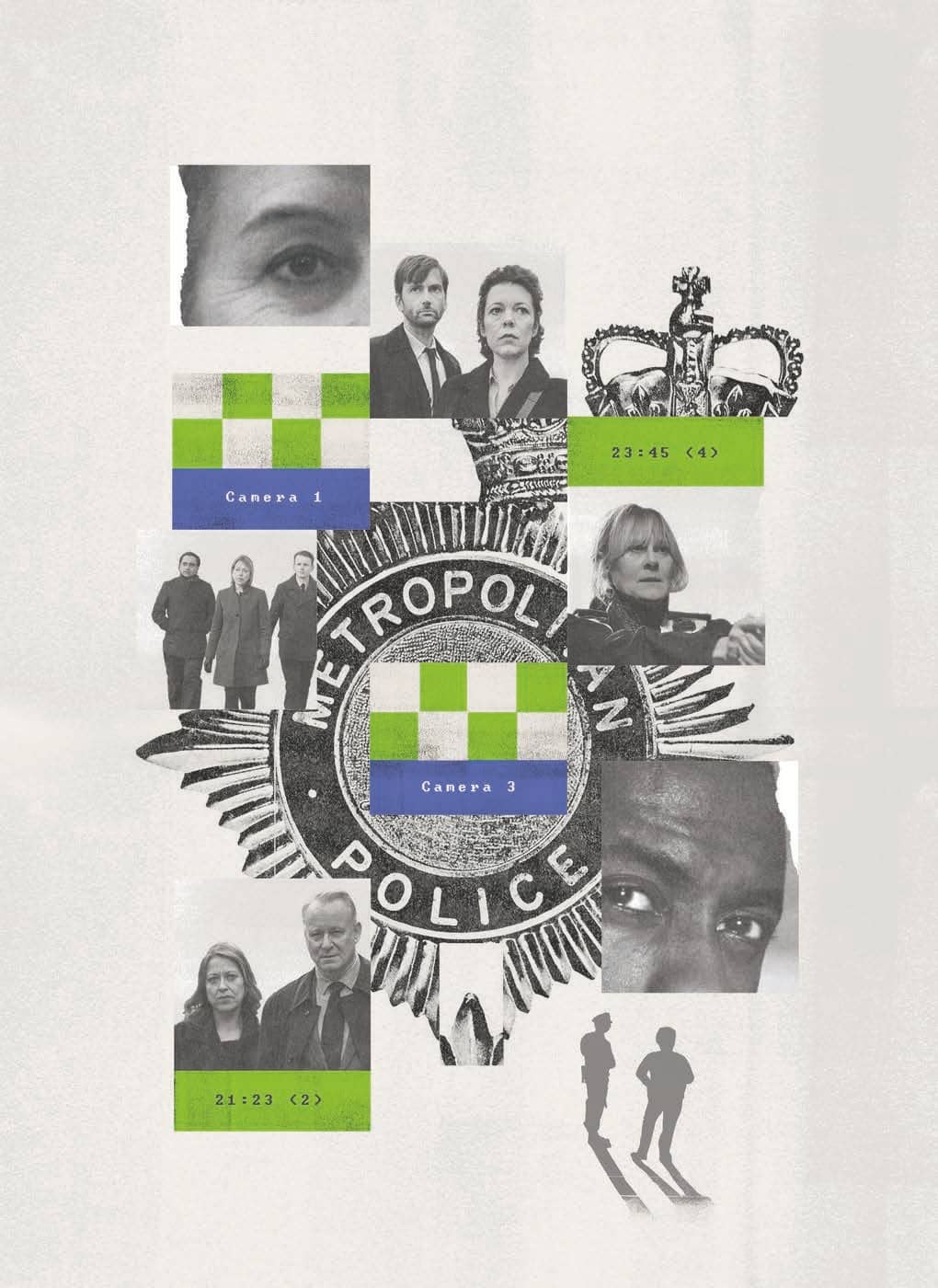 When you take away guns and shootings, you have more time to explore grief, guilt, and the psychological complexity of crime.

The British detective story is enjoying a golden age unparalleled since the days of Agatha Christie or perhaps even Sir Arthur Conan Doyle. The heroes of the current era are not the preternaturally gifted, idiosyncratic dabblers of old—not, as Sherlock Holmes preferred to describe himself, “consulting detectives.” They are professional detectives—or to be more precise, detective sergeants, detective inspectors, detective chief inspectors, and so on. And they are principally found not on the written page, but on the small screen.

While American viewers shake off the hangover from our long bender of forensic TV franchises (did I only imagine Law & Order: Special Veterinary Unit and CSI: Wichita?), Britain has been doing a booming export business in tidy, ruminative detective series: Broadchurch, Happy Valley, Shetland, Unforgotten, River, Vera, The Loch, Hinterland, and more. Reliable viewership numbers are hard to come by, but if you begin questioning friends and family, before long you’re likely to discover a semi-fanatical devotee of the genre among them.

These series are police-centered, featuring one or two officers operating within a larger departmental structure of (mostly) able lieutenants and (frequently) obstructive higher-ups. Many of them are concerned with the ugliest of crimes—murder, forced prostitution, pedophilia. Yet what makes them distinctive is their refusal to wallow in grimness, instead stepping back to make room for emotions such as grief and guilt and faith and redemption in a manner not at all typical of American cop fare. To watch these shows during a period of real-life police turmoil has only made the transatlantic contrast more vivid.

Common to the British imports is a leisurely pacing that usually means each case unfolds over the course of a season. Many series focus intently on a particular out-of-the-way locale. Shetland takes place in the northernmost isles of Scotland, Broadchurch on the Jurassic Coast of Dorset, Hinterland in Mid Wales. These communities—and the ties within them that bind and fray—can be as important as any individual character.

Notably, the principal investigator is more often than not a woman. The ur-text of these programs is Prime Suspect, starring Helen Mirren as Detective Chief Inspector Jane Tennison, which launched in 1991 to a British audience of 14 million, and continued on and off until 2006, garnering awards along the way. In Esquire, David Denby called Mirren’s performance as Tennison— driven, ambitious, sharp-elbowed—“the most sustained example of great acting in the history of television.” The program was a biting cross-examination of sexism in an overwhelmingly male profession. And although it also explored subjects such as racism, homophobia, child abuse, immigration, and alcoholism over its long run, the gendered undertow was ever present, tugging at Tennison in spite of her successes.