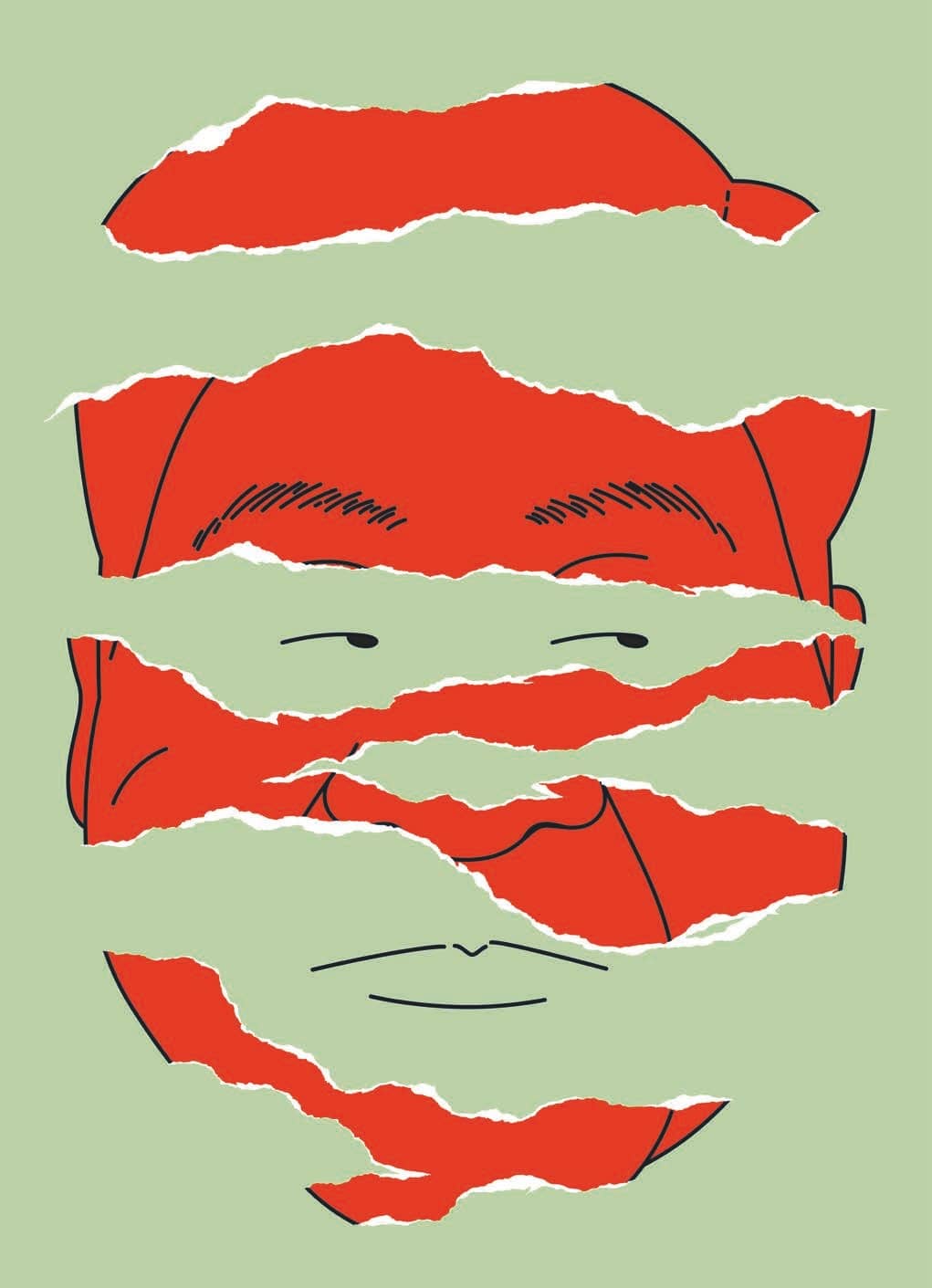 Chinese leaders’ combination of superiority and insecurity is growing more dangerous. The U.S. needs a new strategy to reflect that

I THE FORBIDDEN CITY

On November 8, 2017, Air Force One touched down in Beijing, marking the start of a state visit hosted by China’s president and Communist Party chairman, Xi Jinping. From my first day on the job as President Donald Trump’s national security adviser, China had been a top priority. The country figured prominently in what President Barack Obama had identified for his successor as the biggest immediate problem the new administration would face—what to do about North Korea’s nuclear and missile programs. But many other questions about the nature and future of the relationship between China and the United States had also emerged, reflecting China’s fundamentally different perception of the world.

Since the heady days of Deng Xiaoping, in the late 1970s, the assumptions that had governed the American approach to our relationship with China were these: After being welcomed into the international political and economic order, China would play by the rules, open its markets, and privatize its economy. As the country became more prosperous, the Chinese government would respect the rights of its people and liberalize politically. But those assumptions were proving to be wrong.

China has become a threat because its leaders are promoting a closed, authoritarian model as an alternative to democratic governance and free-market economics. The Chinese Communist Party is not only strengthening an internal system that stifles human freedom and extends its authoritarian control; it is also exporting that model and leading the development of new rules and a new international order that would make the world less free and less safe. China’s effort to extend its influence is obvious in the militarization of man-made islands in the South China Sea and the deployment of military capabilities near Taiwan and in the East China Sea. But the integrated nature of the Chinese Communist Party’s military and economic strategies is what makes it particularly dangerous to the United States and other free and open societies.

John King Fairbank, the Harvard historian and godfather of American sinology, noted in 1948 that to understand the policies and actions of Chinese leaders, historical perspective is “not a luxury, but a necessity.” During our state visit, Xi and his advisers relied heavily on history to convey their intended message. They emphasized certain historical subjects. They avoided others.

The American delegation—which included President Trump and the first lady, Secretary of State Rex Tillerson, and the U.S. ambassador to China, Terry Branstad—received its first history lesson as it toured the Forbidden City, the seat of Chinese emperors for five centuries. We were accompanied by Xi, his wife, and several other senior Chinese leaders. The message—conveyed in private conversations and public statements, as well as in official TV coverage and by the very nature of the tour—was consistent with Xi’s speech three weeks earlier at the 19th National Congress: The Chinese Communist Party was relentlessly pursuing the “great rejuvenation of the Chinese nation.” As Xi described it, “rejuvenation” encompassed prosperity, collective effort, socialism, and national glory—the “China dream.” The Forbidden City was the perfect backdrop for Xi to showcase his determination to “move closer to the center of the world stage and to make a greater contribution to humankind.”

The Forbidden City was built during the Ming dynasty, which ruled China from 1368 to 1644—a period considered to be a golden age in terms of China’s economic might, territorial control, and cultural achievements. It was during this dynasty that Zheng He, an admiral in the Ming fleet, embarked on seven voyages around the Western Pacific and Indian Oceans, more than half a century before Christopher Columbus set sail. His “treasure ships,” among the largest wooden vessels ever built, brought back tribute from all parts of the known world. But despite the success of the seven voyages, the emperor concluded that the world had nothing to offer China. He ordered the treasure ships scuttled and Chinese ports closed. The period that followed—the 19th and 20th centuries in particular— is seen by Xi and others in the leadership as an aberrational period during which European nations and, later, the United States achieved economic and military dominance.

Like the closing show of the 2008 Beijing Olympics, which placed modern technological innovation in the context of 5,000 years of Chinese history, the tour of the Forbidden City was meant, it seemed, as a reminder that Chinese dynasties had long stood at the center of the Earth. The art and architectural style of the buildings reflected the Confucian social creed: that hierarchy and harmony fit together and are interdependent. The emperor held court in the Hall of Supreme Harmony, the largest building in the Forbidden City. The grand throne is surrounded by six golden pillars, engraved with dragons to evoke the power of an emperor whose state ruled over tianxia—over “everything beneath heaven.”

While the images broadcast to China and the rest of the world from the Forbidden City during our visit were meant to project confidence in the Chinese Communist Party, one could also sense a profound insecurity— a lesson of history that went unmentioned. In its very design, the Forbidden City seemed to reflect that contrast between outward confidence and inner apprehension.

China’s leaders believe they have a narrow window of opportunity to strengthen their rule and revise the international order in their favor.

The three great halls at the city’s center were meant not only to impress, but also to defend from threats that might come from both outside and inside the city’s walls. After the end of the Han dynasty, in a.d. 220, China’s core provinces were ruled only half the time by a strong central authority. And even then, China was subject to foreign invasion and domestic turmoil. The Yongle emperor, Zhu Di, who built the Forbidden City, was more concerned about internal dangers than he was about the possibilities of another Mongol invasion. To identify and eliminate opponents, the emperor set up an elaborate spy network. To preempt opposition from scholars and bureaucrats, he directed the executions of not only those suspected of disloyalty, but also their entire families. The Chinese Communist Party used similar tactics centuries later. Like Xi, the emperors who sat on the elaborate throne in the heart of the Forbidden City practiced a remote and autocratic style of rule vulnerable to corruption and internal threats.

Our guide showed us where the last royal occupant of the Forbidden City, Emperor Puyi, was stripped of power in 1911, at the age of 5, during China’s republican revolution. Puyi abdicated in the midst of the “century of humiliation,” a period of Chinese history that Xi had described to Trump when the two leaders met for dinner at Mar-a-Lago, seven months before our tour. The century of humiliation was the unhappy era during which China experienced internal fragmentation, suffered defeat in wars, made major concessions to foreign powers, and endured brutal occupation. The humiliation began with Great Britain’s defeat of China in the First Opium War, in 1842. It ended with the Allied and Chinese defeat of imperial Japan in 1945 and the Communist victory in the Chinese Civil War in 1949.

Our last meeting of the state visit, in the Great Hall of the People, was with Li Keqiang, the premier of the State Council and the titular head of China’s government. If anyone in the American group had any doubts about China’s view of its relationship with the United States, Li’s monologue would have removed them. He began with the observation that China, having already developed its industrial and technological base, no longer needed the United States. He dismissed U.S. concerns over unfair trade and economic practices, indicating that the U.S. role in the future global economy would merely be to provide China with raw materials, agricultural products, and energy to fuel its production of the world’s cutting-edge industrial and consumer products.