What China Could Learn From Richard Nixon 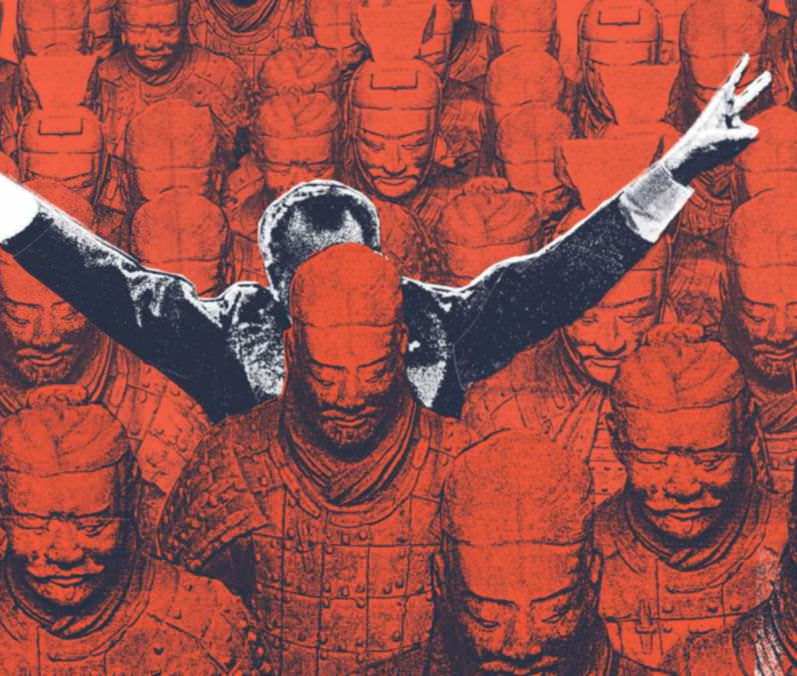 The country’s growth is inexorably slowing. The wrong response could make that problem much worse.

An anxious superpower is confounded by a troubled economy. For a generation, its growth has been envied; now that growth is decelerating sharply. For decades, it has shaped and guided its economy via tight control of its banks; now that lever is malfunctioning. For years, it has carefully managed its exchange rate and limited the flow of capital across its borders; now the dam is cracking. To anyone who keeps up with the news, the superpower would seem easy to identify: China. But for those with a long memory, it could just as well be the United States of the Nixon era.

Like China today, the United States of the 1970s experienced an abrupt economic slowdown. Its economy had expanded by 4.4 percent a year, on average, during the go-go ’50s and ’60s, but growth slowed by about one-quarter during the following decade, to 3.2 percent a year. Even though growth of more than 3 percent may sound robust by today’s standards, at the time it felt ghastly. Time magazine lamented in 1974 that “middle-class people are being pushed into such demeaning economies as buying clothes at rummage sales”; a year or so later, its cover asked, “Can Capitalism Survive?” In September 1975, after President Gerald Ford survived two attempts on his life in quick succession, an adviser named Alan Greenspan responded with a memo about the “nihilism, radicalism, and violence” that seemed to grip some Americans. When New York City flirted with bankruptcy, its plight was taken as a symbol of broader moral and cultural decay.

People are happiest when they experience better-than-expected progress. The U.S. deceleration of the 1970s brought on a national melancholia, culminating in 1979 with Jimmy Carter’s hand-wringing in what came to be known as his “malaise speech,” even though Carter never used that term. In today’s China, where the government hates nothing more than to express weakness, the signals may not be so obvious: Xi Jinping is not about to don a cardigan and ruminate about “a crisis that strikes at the very heart and soul and spirit of our national will.” But China’s economic slowdown is nonetheless likely to take an insidious toll on the Chinese psyche. The country’s growth has slowed from an average annual rate of about 10 percent in the 2000s to an estimated 6.9 percent in 2015. And although the new rate remains impressive relative to that of most countries, the deceleration—and hence the shock to expectations—is sharper than that experienced in the United States four decades ago.

Indeed, China’s slowdown may be especially tumultuous because its society is under acute stress. Pollution, inequality, corruption, and precipitous urbanization have complicated the country’s growth miracle: A range of studies finds that economic progress has yielded surprisingly few gains in self-reported life satisfaction; in fact, among poor Chinese in urban areas, life satisfaction since 1990 has declined. Slower and more balanced growth, involving a shift away from dirty manufacturing, may eventually ease some of these stresses. But the slowdown’s immediate effect will be greater insecurity, as companies that had bet aggressively on limitless growth find themselves lumbered with unprofitable factories or empty apartment blocks. Many will lay off workers or go bust.