The WeWork Guy's Guide to Striking It Rich 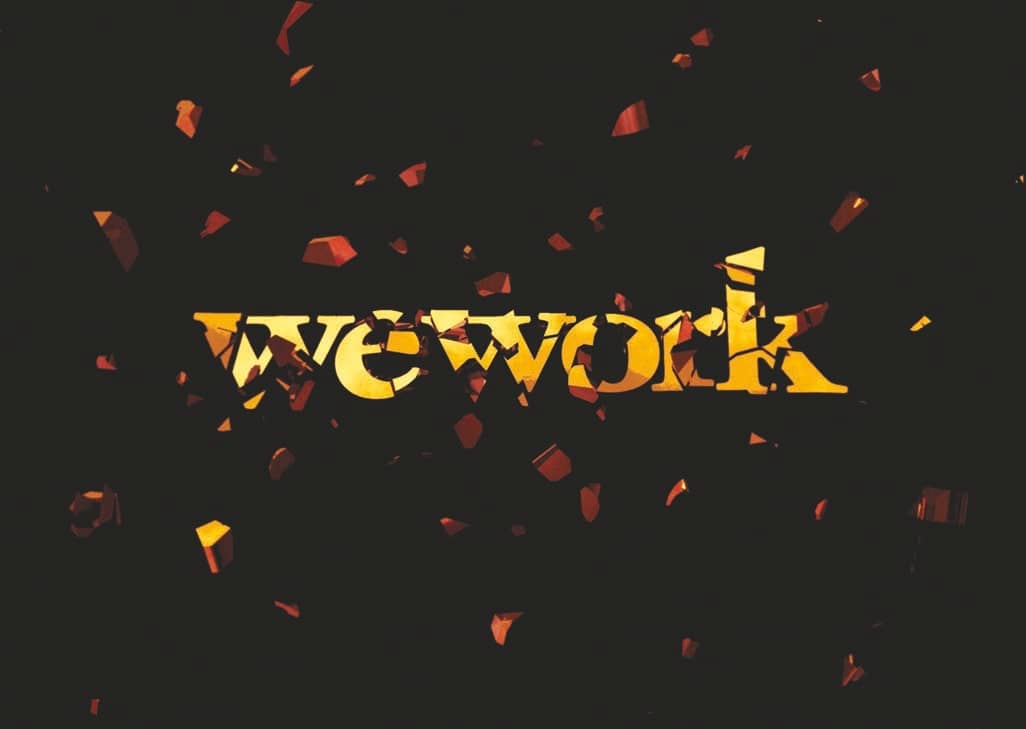 Adam Neumann may be out of a job, but his wild rise is standard operating procedure in Silicon Valley.

HBO’s Silicon Valley aired its final episode last year, the tech world’s realities having gotten too dystopian to be fictionalized, in good conscience, for laughs. When a reporter asked what material the show had left on the table, the showrunners, Mike Judge and Alec Berg, admitted, “We missed the WeWork guy.” That guy— WeWork’s telegenic co-founder and former CEO, Adam Neumann—had once been known for turning an upscale co-working business into America’s most valuable private start-up, peddling vague kumbayas like This decade is the decade of “We.” But then WeWork filed paperwork to go public, revealing that the company had lost billions of dollars while enriching Neumann.

Among other extraordinary disclosures, it turned out that he had bought we-related trademarks, then charged WeWork $5.9 million to buy them. The press soon uncovered other details to fill out the portrait of a terrible little richling: Neumann’s practice of hotboxing chartered jets, whether his co-passengers liked it or not; his musings about becoming president of the world; his company-wide ban on meat that left executives puzzling over how to implement it.

When life transcends art, tell it straight. That’s what Reeves Wiedeman, a New York contributing editor since 2016, has done with Billion Dollar Loser, the propulsive tale of WeWork’s, and Neumann’s, rise and fall. Neumann is clearly not the first founder to enrich and empower himself while claiming to do the same for the masses. At a congressional hearing this summer about tech companies’ enormous wealth and influence, Facebook’s Mark Zuckerberg explained that his company is “giving every person a voice.” And while Neumann’s eccentricities are undeniable, Elon Musk, of Tesla and SpaceX, has a mind-reading start-up and a son named X Æ A-Xii. What sets Neumann apart is the flagrancy with which he exploited investors, employees, and customers for his own benefit. His innovation was, in the terms of the trade, one of scale.

NEUMANN SPUN an origin myth about growing up on a kibbutz in Israel, where he appreciated the community but bristled at how everyone was rewarded the same regardless of how much work they put in. He envisioned WeWork, he said, as a “capitalist kibbutz”—a “community,” but the kind where “you eat what you kill.”

Wiedeman (with whom I overlapped while working at The New Yorker) presents a more nuanced portrait of the founder as a young man. Neumann was born in 1979 in Beersheba, Israel, to physician parents who shuttled Neumann and his sister around desert towns before moving to the suburbs of Tel Aviv. When he was in the second grade, his grandmother realized that he couldn’t read the menu at a restaurant; he was dyslexic. “He had become skilled at fooling his teachers and coaxing others to do what he needed,” Wiedeman writes. After his parents divorced when he was 9, his mother moved, with him and his sister, to Indianapolis, where he struggled emotionally at first. Only later did the family live on a kibbutz, after they’d returned to Israel. Neumann went on to serve in the Israeli navy, and then moved to New York, where he enrolled at Baruch College, before launching a series of businesses—making collapsible high heels, then baby clothes with kneepads—and dropping out. In 2010, he and a friend, Miguel McKelvey, unveiled WeWork.

At the time, co-working spaces were already common. The business model was straightforward: Entrepreneurs “leased space, cut it up, and rented out each slice with an upcharge for hip design, flexibility, and regular happy hours,” Wiedeman writes. But those in charge typically ran no more than a few locations apiece, in part because operating multiple spaces required spending a lot of money, up front, on leases. What distinguished Neumann, along with his ambition, was “his connection to capital,” Wiedeman writes. Neumann had married Rebekah Paltrow, a wealthy cousin of Gwyneth Paltrow and a kabbalah devotee. She invested part of a $1 million nest egg in WeWork and introduced her husband to Manhattan’s Kabbalah Centre, where he met other well-off backers. By January 2012, he had raised almost $7 million.

Neumann’s approach to fundraising seems rooted in a simple tenet: Find out what investors want—then say whatever is needed to convince them that their desires are yours. Heavily reliant on support from the kabbalists, Neumann told a real-estate publication that WeWork had in fact been inspired by kabbalah: “I noticed that in the Kabbalah community, people were really helping each other. I wanted to translate that to business.” His chameleonic tendencies as a child and young man, it turned out, had been good training.