The Secret of Scooby-Doo's Enduring Appeal 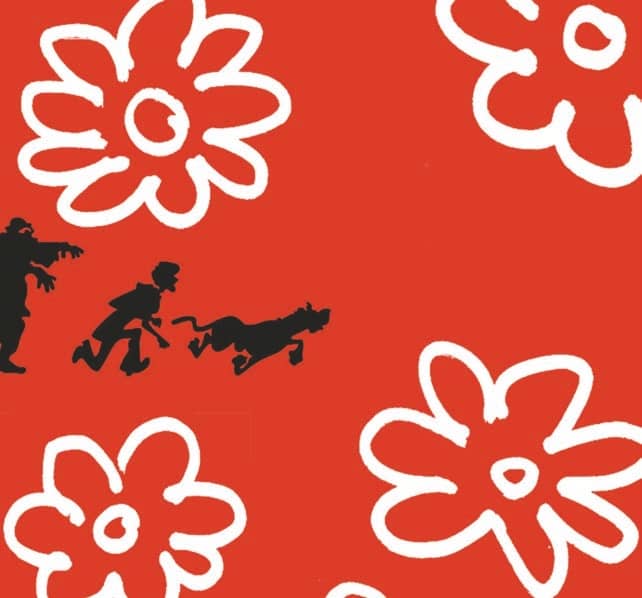 Why on earth has the formulaic series, which debuted half a century ago, outlasted just about everything else on television?

I grew up watching Scooby-Doo, Where Are You! every Saturday morning. The Hanna-Barbera cartoon had launched in 1969, two years after my birth, so it was precisely in my little-kid sweet spot. Much as I loved it, though, the feeble animation and repetitive plots were apparent even to the young me. Whereas characters such as Mickey Mouse and Bugs Bunny seemed eternal, extending far into the past and future, Scooby-Doo felt like a show just for that particular moment, for my specific childhood.

Fast-forward 35 years or so, and to my astonishment, my children loved it just as much as I had. I probably wound up watching more Scooby-Doo episodes with my kids than I had watched as a kid. Evidence suggests that my experience is not unique. Scooby-Doo, believe it or not, has over the years been the subject of at least 19 TV series (on CBS, ABC, the WB, Cartoon Network, and Boomerang); more than 40 animated films; and two liveaction movies in the early 2000s, the first of which grossed $275 million worldwide. A new series featuring celebrity-guest voices, Scooby-Doo and Guess Who?, premiered last year. And a new animated movie, Scoob!, starring Zac Efron, Amanda Seyfried, and Tracy Morgan, is scheduled to be released in mid-May.

Which raises the obvious question: What on earth is going on? Why has Scooby-Doo— described by the New York Times film critic A. O. Scott in 2002 as “one of the cheapest, least original products of modern American juvenile culture”—outlasted not only such Hanna-Barbera brethren as The Flintstones and Yogi Bear, but also pretty much everything else on television? The Washington Post’s Hank Stuever once summed up the cartoon’s message as “Kids should meddle, dogs are sweet, life is groovy, and if something scares you, you should confront it.” But that hardly seems enough for half a century of on-air appeal.

The essential premise, for those not weaned on the show, is straightforward. A group of four teenagers— some of whom seem considerably older (more on this in a moment)—and a Great Dane, Scooby-Doo, drive around in a van called the Mystery Machine in search of, yes, mysteries. (The gang, like its later Hanna-Barbera cousin, Josie and the Pussycats, was originally conceived as a band that would play a musical number each episode.)

The mystery they find almost always appears at first to be paranormal—a vindictive ghost or ghoul, a rampaging dinosaur—but is ultimately revealed as an elaborate hoax involving disguises, holograms, hidden wires, phosphorescent paint, or some combination thereof. Each time the gang unmasks the genuine villain, typically male and on the older side, he utters some variation of “And I would’ve gotten away with it if not for you meddling kids.”

The Mystery Inc. members are Fred, the blond, broad-shouldered presumptive leader of the group (who wears, implausibly, an ascot); Daphne, the fashion-conscious redhead and semi-comical damsel in distress (a stereotype that the show subverted in its later iterations); Velma, the frumpishly sweatered and bespectacled brainiac; and Shaggy, the ever famished slacker-coward defined by his prominent slouch and chin grizzle. Scooby himself— his name was inspired by Frank Sinatra’s “dooby dooby doo” scat in “Strangers in the Night”—is inseparable from Shaggy and in many ways indistinguishable: same appetite, same poltroonery, same plot functions. Essentially split aspects of the same character, the two are not id and superego, but something closer to id and more id. A typical story line involves Daphne getting kidnapped or otherwise endangered; Fred devising a Rube Goldberg– esque, and spectacularly unsuccessful, trap to ensnare the villain; and the case being wrapped up by a blend of Velma’s smarts and Shaggy/Scooby’s bumbling good luck.