The Minister Of Self-Defense 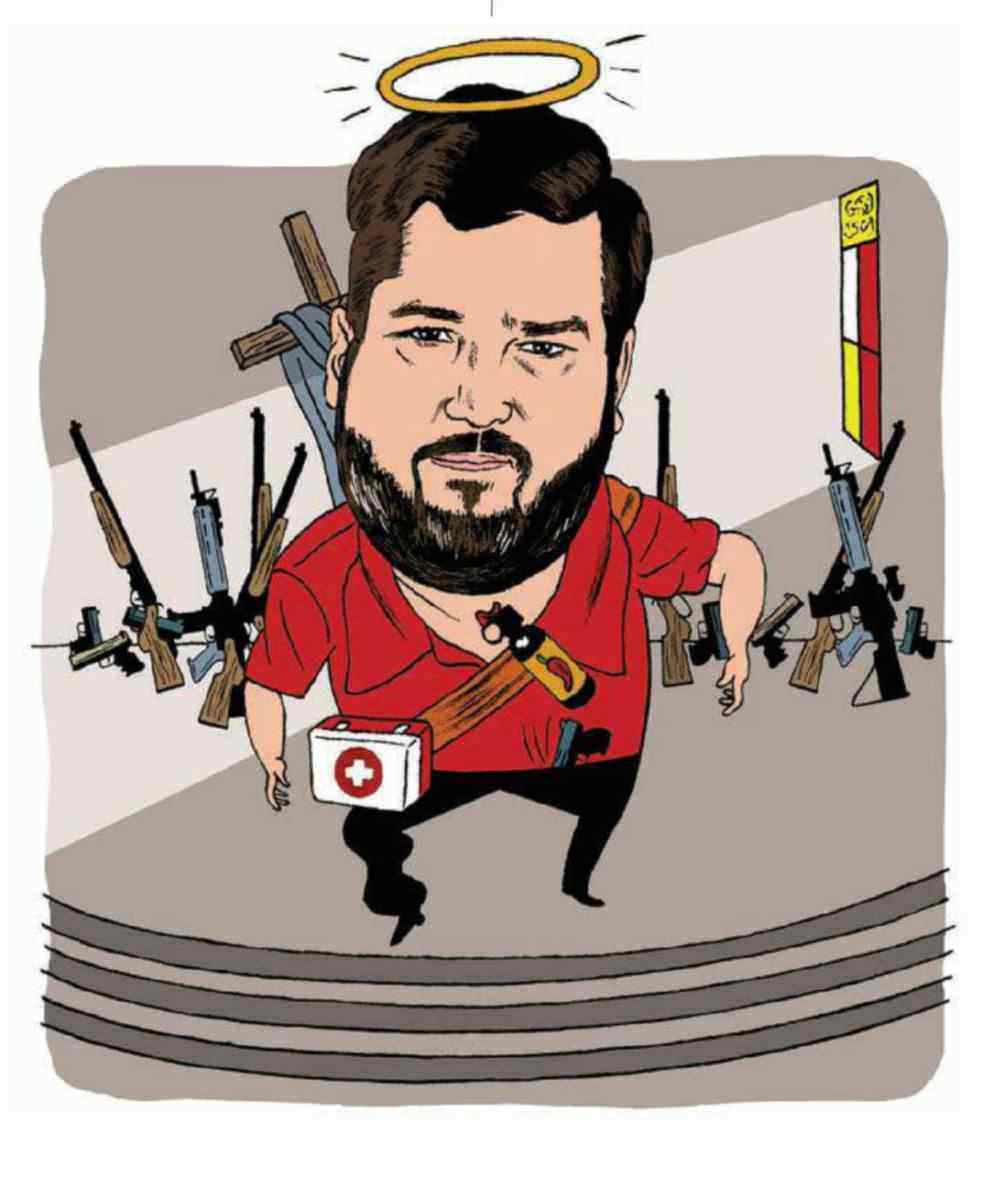 John Correia, the most popular gun educator on YouTube, wants you to prepare for the worst day of your life.

Someday John Correia will meet Jesus. As an ordained pastor, he has thought about how their first conversation will go. That is why he keeps his Heckler & Koch VP9 loaded with a 9-mm magazine in pristine condition. “You’re only going to draw a gun on the worst day of your life,” Correia told me. “You want to make sure the equipment works. I treat these mags like babies.” If he drops one and dents it, he never carries it again. “I don’t want Jesus to look at me and go, ‘How come you didn’t test your equipment, dummy?’ ” Better to be shot dead in a fair fight. “At the very least I want him to say, ‘He smoked you! He was better than you!’ And I’ll say, ‘Yes, Lord, I got smoked.’ ”

Until two years ago, Correia, who is 42, was not well known outside Phoenix, where he was raising four kids, tending a conspicuously well-armed flock at West Greenway Bible Church, and teaching part-time at Arizona Christian University. (He co-wrote a book about the Koine Greek word pistis, or “belief.”) I had come to visit him in Phoenix because in 2016 he was born again, professionally, as YouTube’s top expositor of mayhem, a subject in which I take both personal and professional interest. “I’m the John Madden of on-camera violence,” he says. About once a day, he posts a video depicting graphic real-life violence. Then he slows down the video and explains what happened, and how the good guys might have prevailed, or avoided the confrontation altogether. If you have never seen a person stabbed, shot, or (in one case) bludgeoned with a fish tank, go watch the 800 videos Correia has edited and analyzed. His popularity on YouTube has made him a minor celebrity at gun conventions. In deep-red states, people recognize his bearish, jovial figure on the street and greet him. “They’re always nice,” he says. “Maybe that’s because they know I’m probably armed.”

Correia’s transformation began when he asked his self-defense teacher how to guard against a knife attack. “The way we practiced didn’t seem right,” he told me. On YouTube, Correia had watched a few real-life stabbings caught on surveillance video, and “they didn’t look like what we were training against.” In the safety of the dojo, Correia and his classmates were practicing for an attacker who would extend his blade with one elegant thrust, like an Olympic fencer. “There was no energy, no resistance, no ill will,” he added. A real killer, the surveillance footage suggested, will hook you by the neck with one arm and plunge the knife into you repeatedly with the other, shredding your belly into strips of human bacon and chitterlings. “I asked him, ‘What do we do about this?’ ” The sensei, normally hard to stump, didn’t have an answer. “Right now,” he shrugged, “we die.”