The Black Family in the Age of Mass Incarceration: Part I-II 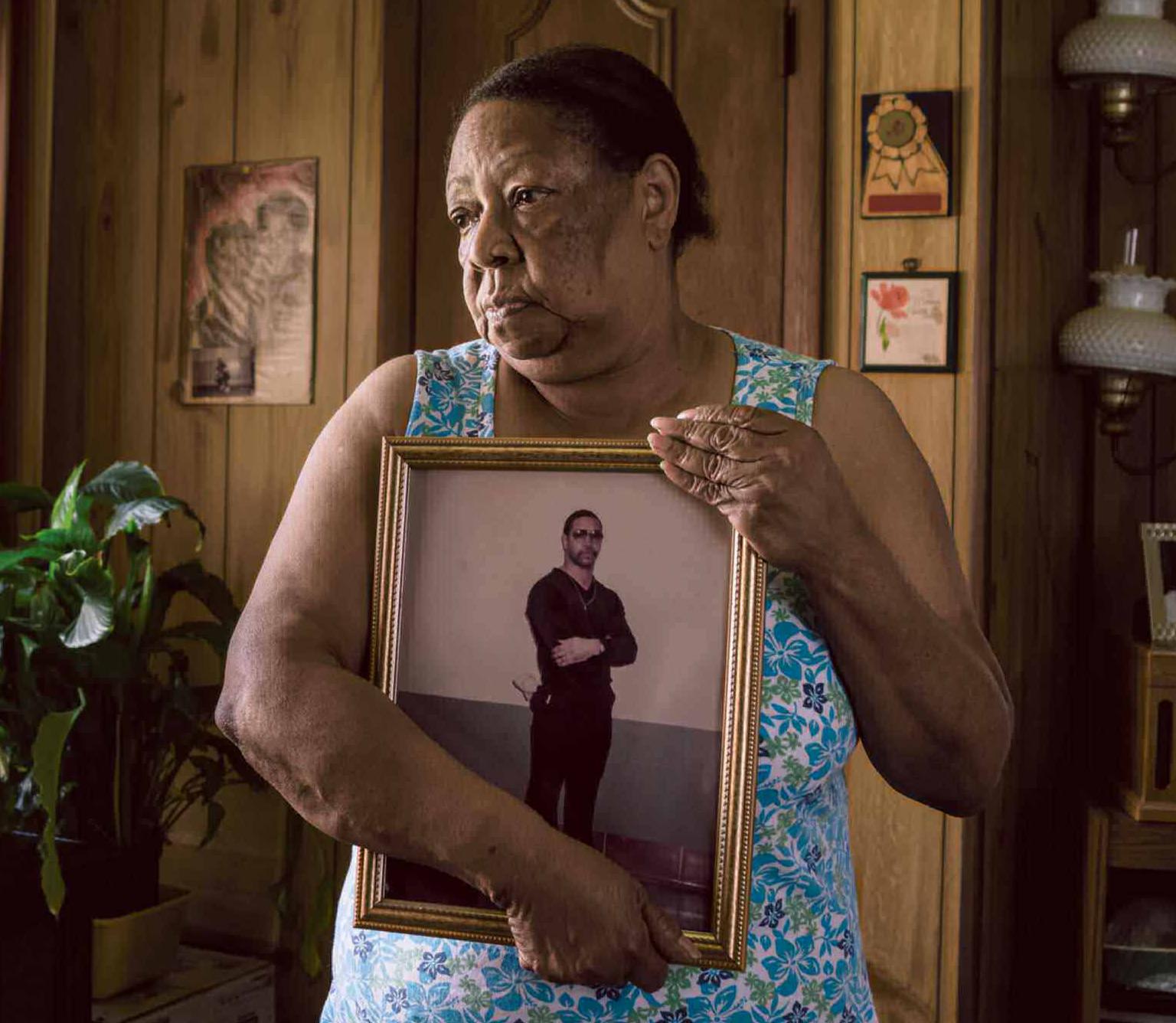 After decades of mass incarceration that have left the United States with the largest incarcerated population in the world, politicians of all stripes are suddenly declaring the policy a mistake. But their pronouncements have failed to reckon with the phenomenon's deep historical roots, or with the damage it has done to black families. Fifty years after Daniel Patrick Moynihan's report on "The Negro Family" tragically helped launch this assault, it's time to reclaim his original intent.

Wherever the law is, crime can be found. - Aleksander Solzhenitsyn, 1973

"Lower-class behavior in our cities is shaking them apart.” By his own lights, Daniel Patrick Moynihan, ambas­sador, senator, sociologist, and itinerant American intellectual, was the product of a broken home and a pathological family. He was born in 1927 in Tulsa, Oklahoma, but raised mostly in New York City. When Moynihan was 10 years old, his father, John, left the family, plunging it into poverty. Moynihan’s mother, Margaret, remarried, had another child, divorced, moved to Indiana to stay with relatives, then returned to New York, where she worked as a nurse. Moynihan’s childhood—a tangle of poverty, remarriage, relocation, and single motherhood—contrasted starkly with the idyllic American family life he would later extol. “My relations are obviously those of divided allegiance,” Moyni­han wrote in a diary he kept during the 1950s. “Apparently I loved the old man very much yet had to take sides … choosing mom in spite of loving pop.” In the same journal, Moynihan, subjecting himself to the sort of analysis to which he would soon subject others, wrote, “Both my mother and father—They let me down badly … I find through the years this enormous emotional attachment to Father substitutes—of whom the least rejection was cause for untold agonies—the only answer is that I have repressed my feelings towards dad.”

As a teenager, Moynihan divided his time between his studies and working at the docks in Manhattan to help out his family. In 1943, he tested into the City College of New York, walking into the examination room with a longshoreman’s load­ing hook in his back pocket so that he would not “be mistaken for any sissy kid.” After a year at CCNY, he enlisted in the Navy, which paid for him to go to Tufts University for a bachelor’s degree. He stayed for a master’s degree and then started a doctor­ate program, which took him to the London School of Econom­ics, where he did research. In 1959, Moynihan began writing for Irving Kristol’s magazine The Reporter, covering everything from organized crime to auto safety. The election of John F. Kennedy as president, in 1960, gave Moynihan a chance to put his broad curiosity to practical use; he was hired as an aide in the Department of Labor. Moynihan was, by then, an anticommunist liberal with a strong belief in the power of gov­ernment to both study and solve social problems. He was also something of a scenester. His fear of being taken for a “sissy kid” had diminished. In London, he’d cultivated a love of wine, fine cheeses, tailored suits, and the mannerisms of an English aristocrat. He stood six feet five inches tall. A cultured civil servant not to the manor born, Moynihan - witty, colorful, loquacious - charmed the Washington elite, moving easily among congressional aides, politicians, and journalists. As the historian James Patterson writes in Freedom Is Not Enough, his book about Moynihan, he was possessed by “the optimism of youth.” He believed in the marriage of government and social science to formulate policy. “All manner of later experiences in politics were to test this youthful faith.” 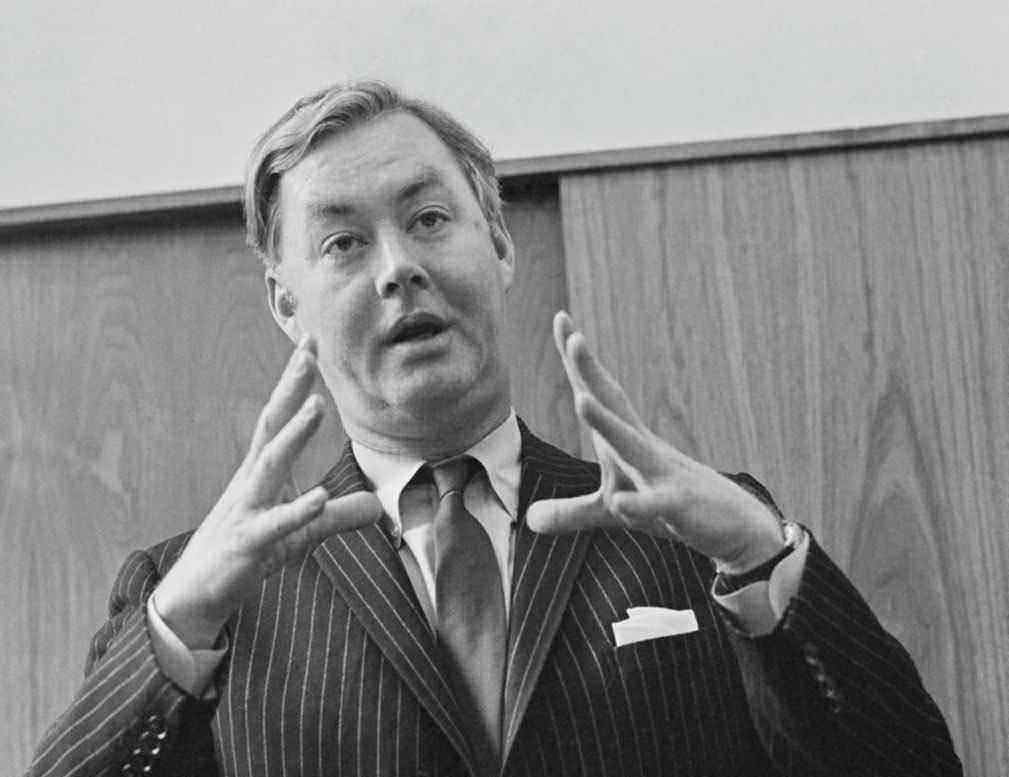 Moynihan stayed on at the Labor Department during Lyn­don B. Johnson’s administration, but became increasingly dis­illusioned with Johnson’s War on Poverty. He believed that the initiative should be run through an established societal insti­tution: the patriarchal family. Fathers should be supported by public policy, in the form of jobs funded by the government. Moynihan believed that unemployment, specifically male un­ employment, was the biggest impediment to the social mobility of the poor. He was, it might be said, a conservative radical who disdained service programs such as Head Start and traditional welfare programs such as Aid to Families With Dependent Children, and instead imagined a broad national program that subsidized families through jobs programs for men and a guar­anteed minimum income for every family.

Influenced by the civil­-rights movement, Moynihan focused on the black family. He believed that an undue optimism about the pending passage of civil­-rights legislation was obscuring a pressing problem: a deficit of employed black men of strong character. He believed that this deficit went a long way toward explaining the African American community’s relative poverty. Moynihan began searching for a way to press the point within the Johnson administration. “I felt I had to write a paper about the Negro family,” Moynihan later recalled, “to explain to the fellows how there was a problem more difficult than they knew.” In March of 1965, Moynihan printed up 100 copies of a report he and a small staff had labored over for only a few months. The report was called “The Negro Family: The Case for National Action.” Unsigned, it was meant to be an internal government document, with only one copy distributed at first and the other 99 kept locked in a vault. Running against the tide of optimism around civil rights, “The Negro Family” argued that the federal government was underestimating the damage done to black families by “three centuries of sometimes unimaginable mistreatment” as well as a “racist virus in the American blood stream,” which would continue to plague blacks in the future:

That the Negro American has survived at all is extraordinary—a lesser people might simply have died out, as indeed others have … But it may not be supposed that the Negro American community has not paid a fearful price for the incredible mistreatment to which it has been subjected over the past three centuries.

That price was clear to Moynihan. “The Negro family, battered and harassed by discrimination, injustice, and uprooting, is in the deepest trouble,” he wrote. “While many young Negroes are moving ahead to unprecedented levels of achievement, many more are falling further and further behind.” Out-of-wedlock births were on the rise, and with them, welfare dependency, while the unemployment rate among black men remained high. Moynihan believed that at the core of all these problems lay a black family structure mutated by white oppression:

In essence, the Negro community has been forced into a matriarchal structure which, because it is so out of line with the rest of the American society, seriously retards the progress of the group as a whole, and imposes a crushing burden on the Negro male and, in consequence, on a great many Negro women as well.

Moynihan believed this matriarchal structure robbed black men of their birthright— “The very essence of the male animal, from the bantam rooster to the four-star general, is to strut,” he wrote—and deformed the black family and, consequently, the black community. In what would become the most famous passage in the report, Moynihan equated the black community with a diseased patient: