The Bible Without Miracles 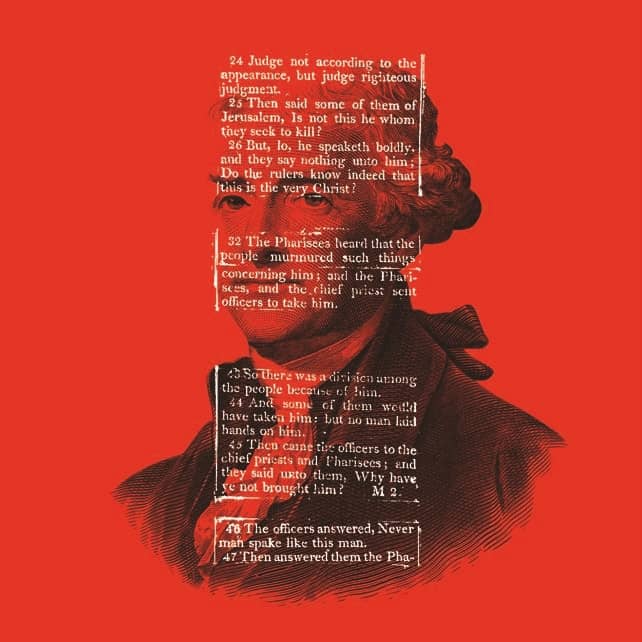 Was Thomas Jefferson an atheist? Plenty of people thought so. Jefferson never identified himself as such, of course. But it was his microscopes, his French friends, his whole swinging, freethinking Enlightenment vibe … “I hope he is not an un believer, as he has been represented,” worried the Nonconformist English clergyman (and chemist) Joseph Priestley, after Jefferson came to hear him speak in Philadelphia in 1797. Others could smell the godlessness like brimstone; if Jefferson became president, thundered a Federalist opponent in 1798, “the Bible would be cast into a bonfire, our holy worship changed into a dance of Jacobin phrensy, our wives and daughters dishonored, and our sons converted into the disciples of Voltaire and the dragoons of Marat.” Two years later, as news of Jefferson’s election victory spread, there were reports that pious housewives in New England were burying their family Bibles for protection, or hiding them down wells.

As it turned out, Jefferson attacked only one copy of the Bible: his own. Not with fire, but with a razor. And not in an act of dizzy desecration, but with a kind of serrated— slightly crazed?—reasonableness. He cut and he pasted. He edited and he redacted. He called the resulting text—a collage of verses from the New Testament— The Life and Morals of Jesus of Nazareth. We know it as the Jefferson Bible.

Peter Manseau’s fluent and instructive The Jefferson Bible: A Biography arrives to celebrate the 200th anniversary of this patchwork Gospel, which Jefferson completed, after many years of fiddling, in 1820. Manseau, the curator of American religious history at the National Museum of American History, carefully traces Jefferson’s pilgrimage into the non-miraculous, from the Anglicanism in which he was raised, via exposure to Locke and Newton and the polemics of the roaring infidel Henry Saint John, the first Viscount Bolingbroke, to the point where he writes to his nephew in 1787: “Question with boldness even the existence of a god; because, if there be one, he must more approve the homage of reason, than that of blindfolded fear.”