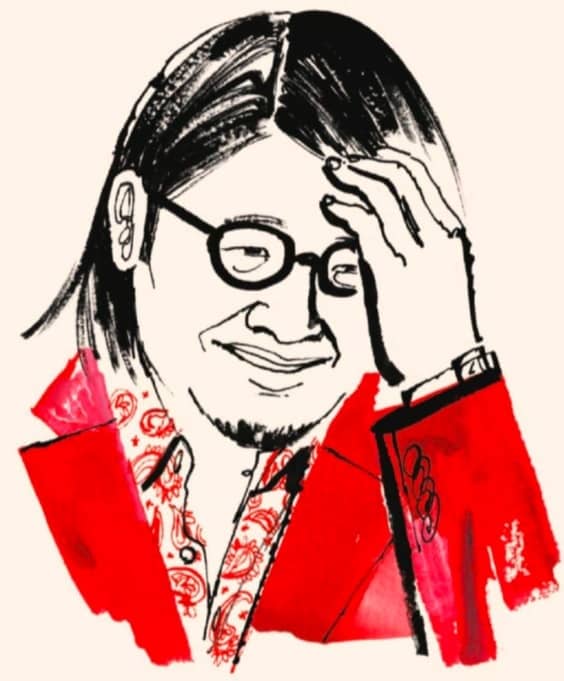 Kevin Kwan, the author of Crazy Rich Asians, celebrates and skewers the social codes of the wealthy and powerful.

Kevin Kwan’s career as an observer of class, privilege, and wealth began when he was in first grade. He attended the private Anglo-Chinese School, which catered to Singapore’s ruling class. Kwan’s great-grandfather was one of the founders of the nation’s oldest bank, and his family had been going to ACS for generations. Back in his great-grandfather’s day, the island was a port in the then- sprawling British empire. By the late 1970s, when Kwan was in first grade, Singapore was sovereign, and its banks were flush with capital. Money, serious money, was showing up everywhere.

At Kwan’s school, students were getting dropped off in Benzes and Bentleys, expensive watches on their slender wrists. This was all new to Kwan. Not the wealth, exactly, but its display. His family’s house was old and grand and packed with dusty antiques, in contrast with the glitzy high-rises where his friends lived. He didn’t really consider what the wealth he was seeing at school might mean until it caused a scandal in the community.

Kwan still remembers the article today: “The Little Horrors of ACS,” read the headline. The “school of snobs” had made its way into a national tabloid. Once the story broke, ACS held an emergency assembly. “I remember the principal crying at the podium, saying, ‘This is such a blight on our history and heritage,’ ” Kwan told me. The school forbade students from wearing anything with a logo on it, and insisted that the chauffeured drop-offs happen out of sight. Of course, the restrictions only made the status symbols even more coveted. For Kwan, it was like a switch had been flipped. “I didn’t know about any of these things,” he recalled. “Until, suddenly, I did.”

It was the beginning of Kwan’s lifelong fascination with snobbery—that strange, sometimes tragic, often funny dance people take part in to prove they’re richer or smarter or better-stationed than someone else. Thirty years later, it was this milieu that provided the backdrop for Kwan’s first novel, Crazy Rich Asians, which has sold more than 5 million copies and been translated into 36 languages. The 2018 film adaptation was also a huge hit, grossing $239 million worldwide and featuring one of the first all-Asian principal casts in a major Hollywood film since 1993’s The Joy Luck Club.

Crazy Rich Asians and its sequels—China Rich Girlfriend and Rich People Problems— follow the Youngs, a clan of fantastically wealthy Singaporeans, first as Nick Young falls for Rachel Chu, an NYU professor; then as the pair marry, and later as the matriarch of the clan takes ill and the grand old family estate comes up for grabs.

Kwan’s new novel, Sex and Vanity, which will be released in July, is a departure, insofar as he’s left Singapore and the Youngs behind. Instead, Kwan draws more directly from the 16 years he worked in New York media, his “forays into the WASP world” while there, and the old British and American novels that he grew up reading and still loves. The plot is dishy and delightful, filled with all sorts of bad behavior performed in couture. But as loose and fun and compulsively readable as they are, Kwan’s novels are also very clearly the work of someone who spends much of his social time paying extremely close attention. “I am not a creative person,” Kwan said. “I’m an observer. I just see things, and I soak things up.”

Kwan left Singapore when he was 11, moving with his family to a Houston suburb, where his father had business interests. Kwan has never returned to the island of his youth and has no desire to go back. He likes imagining the place as it once was. But the Crazy Rich Asians trilogy is distinctly, almost relentlessly, modern. So how—and where—was Kwan doing his seeing and soaking?