STILL FALLING FOR IT 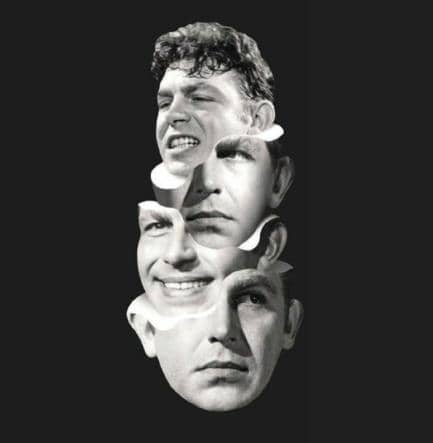 In 1957, Elia Kazan’s A Face in the Crowd warned America that a populist demagogue could use mass media to accumulate dangerous quantities of power.

For its evening programming on January 20, 2017, Turner Classic Movies, a network known for its commitment to the cinematic canon, not its politics, made a pointed scheduling decision. The channel would be airing A Face in the Crowd.

On any other Friday evening, it would have been an unremarkable choice. Though not a critical success in its own time, the 1957 film, written by Budd Schulberg and directed by Elia Kazan, has since been heralded as a masterpiece, praised by François Truffaut and preserved by the National Film Registry. The movie tells the story of Larry “Lonesome” Rhodes (Andy Griffith), a charis matic, populist entertainer with a dark side, who uses the new medium of television to rise to the pinnacle of American power. TCM swore it had chosen the airdate simply to mark the birthday of Patricia Neal, who co-starred in the film. The fact that it was also Donald Trump’s Inauguration Day had nothing to do with it.

The network would hardly have been the first to make the connection between Rhodes and Trump. Cinephiles and politicos alike saw Trump’s political career foretold in Schulberg and Kazan’s fable. Just a few months after Trump entered the race, the conservative writer Cal Thomas devoted an entire syndicated column to the resemblance between Griffith’s demagogue and candidate Trump.

There’s no denying that A Face in the Crowd captures aspects of Trump’s character— Rhodes’s vulgarity, his volatile mixture of ego and insecurity, and his instinctive mastery of mass media are all eerily familiar. Yet the similarities go only so far. Like Trump’s, Rhodes’s populism is a means to an end, but at least he comes by it more credibly, having walked the dusty byways of northeastern Arkansas and spent long nights in its drunk tanks.

Schulberg and Kazan’s real achievement wasn’t anticipating Trump. It was appreciating, at the dawn of the television era, how susceptible the American public would be to his pitch. As Trump’s first term comes to a close, A Face in the Crowd is worth revisiting—less for what it reveals about the president than for what it says about the rest of us.

POPULISM OF questionable authenticity was not invented in 2015, and no party has a monopoly on snake oil. As much as Lonesome Rhodes may remind contemporary Americans of Donald Trump, he was modeled on one of the nation’s most famous Democrats: Will Rogers.

A famously down-home wit, Rogers was one of the highest-paid actors in Hollywood when his small plane crashed in Alaska in 1935. A few years later, Rogers’s son Will Rogers Jr. was chatting one night with a fellow Hollywood scion, Schulberg, the son of a successful Paramount producer. Rogers Jr. was contemplating a congressional run in 1942.

Both men had served in the military during World War II and knew something of privilege, the real world, and phonies. Drinks were imbibed. Too many drinks. They were two princes reflecting on it all. Schulberg later recounted the conversation for the film critic Richard Schickel.

“My father was so full of shit, because he pretends he’s just one of the people, just one of the guys,” Rogers told Schulberg. “But in our house the only people that ever came as guests were the richest people in town, the bankers and the powerbrokers of L.A. And those were his friends and that’s where his heart is and he (was) really a goddamned reactionary.”

“Jesus, Will,” Schulberg replied. “You’d better keep your voice down, because you can’t knock Will Rogers … You can’t win without Will Rogers.”

Rogers Jr. did win the House seat, with the help of his father’s ghost. But his lament about his fraudulent papa stuck with his friend and inspired “Your Arkansas Traveler,” the best story in Schulberg’s 1953 collection, Some Faces in the Crowd.

The collection was published the year before Schulberg’s Holly wood breakthrough, On the Waterfront. Directed by Kazan, the film was instantly hailed as a classic, winning Academy Awards for screenplay and director.