SOMETHING IN THE WATER 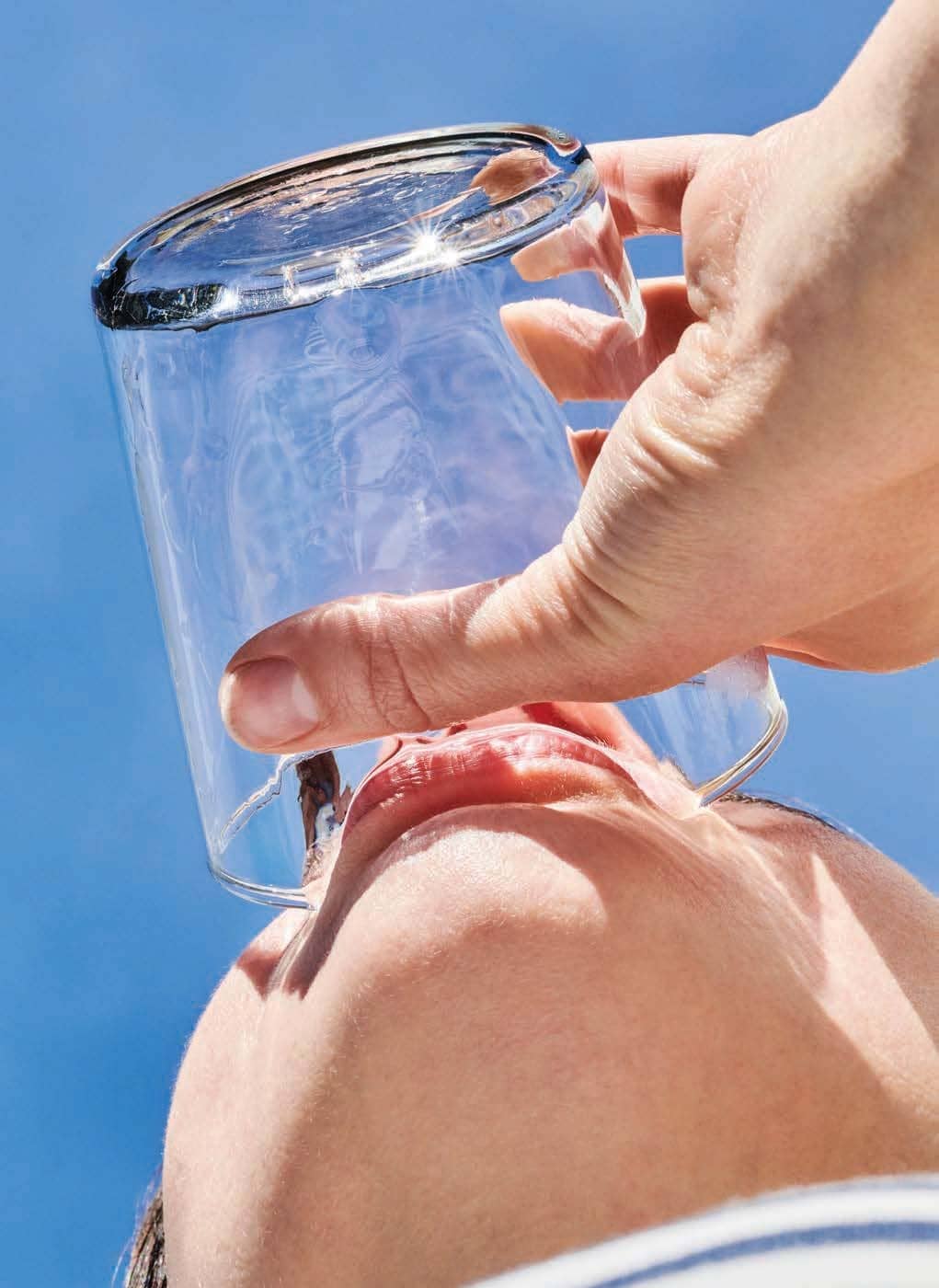 Opposition to water fluoridation, while often vocal, has been largely a fringe crusade. But solid evidence for fluoridation’s value is surprisingly hard to find.

Charles C. Mann
I BLAME my dentists. Not for poor dental care— Barbara and Gordon do great work. I blame them for sending me into a vortex of dento- epistemological anxiety.

On a tooth-cleaning visit not long ago, Barbara told me that in the late 1970s, when she attended dental school, her professors expected that most middle- class patients would lose a lot of their teeth and need dentures by the time they were in their 60s. Today, she said, most middle- class people keep their teeth until they are 80. The main reason for this, Barbara explained, was fluoridation— the practice of putting fluoride compounds in community drinking water to combat tooth decay.

For reasons I can’t now recall, I mentioned this remark on social media. The inevitable but somehow surprising response: People I did not know troubled themselves to tell me that I was an idiot, and that fluoridation was terrible. Their skepticism made an impression. I found myself staring suspiciously, as I brushed, at my Colgate toothpaste. STRENGTHENS TEETH WITH ACTIVE FLUORIDE, the label promised. A thought popped into my head: I am now rubbing fluoride directly onto my teeth. So why is my town also dumping it into my drinking water?

Surely applying Colgate’s meticulously packaged fluoride paste directly onto my teeth, where it bonds with the surface to create a protective layer, was better than the more indirect method of pouring fluoride into reservoirs so that people drinking the water can absorb the fluoride, some of which then makes its way into their saliva. 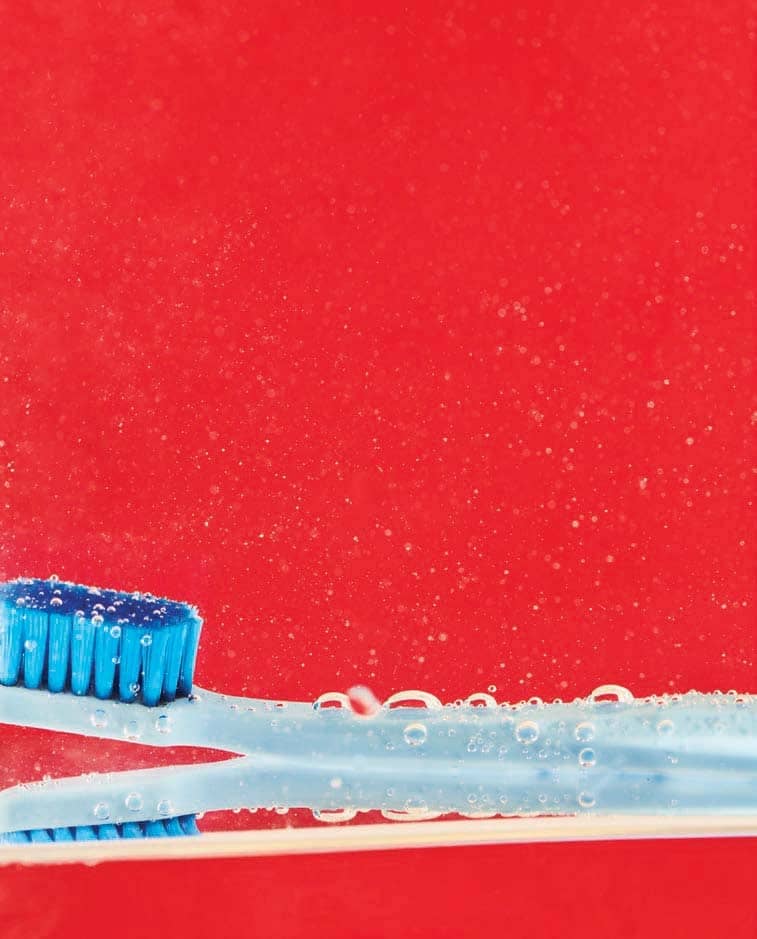 Then I wondered: How much fluoride is in my water, and how did public-health officials set the dose? Fluoride in large quantities is bad news. Potential side effects, I quickly discovered, include joint pain, bone fractures, sperm decline, dementia, premature puberty, gastrointestinal distress, immune-system dysfunction, (possibly) cancer, and (also possibly) lower IQ in children. Children have smaller bodies than adults and thus are at risk of relatively greater exposure when they drink. In calculating the dose, I thought, the authorities must have taken into account the weird thirsty kid who guzzles water by the quart. But if they lower the dose to avoid harming that child, where would that leave my mother-in-law, who for some reason has decided she no longer wants to drink much water at all? Is she getting shortchanged?

Fluoridation of public water supplies is backed by every mainstream dental organization in the nation and opposed by a lot of people who spend too much time on YouTube. The most-watched anti-fluoridation video in my YouTube search results—from the series StuffThey Don’t Want You to Know—hauls out the specter of Nazi Germany before the one-minute mark. Another video, from the series Brainwash Update, states categorically that “fluoride is poison.” It has the high production value one associates with its sponsor, Russia Today. When I was growing up, anti-fluoridation campaigns were the province of the John Birch Society and other right-wing cranks. Now I myself seemed to have become a candidate for the tinfoil-hat brigade.

Yet the more I looked, the more I realized that fluoridation encapsulates several recurring medical dilemmas. How much trust should we give to expert judgment? How much potential harm can we expose one group to in the course of helping another? And how much evidence should be required before we allow governments to force people to do something for their own good?

MODERN DENTISTRY is a formidable example of human progress. Our grandparents’ jaws used to hurt all the time. Tooth decay plagued everyone— rich and poor, famous and obscure. George Washington, an affluent planter, had lost all but one of his teeth by age 57, when he was first sworn in as president. His quest to fill his mouth led him to wear sets of dentures made from his own pulled teeth, from animal teeth (donkey and horse up top, cow on the bottom), and from other people’s teeth, possibly including those of his slaves.

Washington was not alone. People on both sides of the Atlantic participated in a lively black market in cadavers’ teeth. Fortunately for denture customers, Europe had a ready supply. Scavengers followed wartime armies, according to the medical historian Lindsey Fitzharris. After the shooting stopped at the battle of Waterloo, many of the dead were toothless within hours.

The widespread introduction of sugar worsened society’s dental difficulties. In the first decades of the 20th century, American dentists regularly made full sets of dentures for teenagers so that they would look presentable at graduation. American soldiers were required to have a minimum number of opposing teeth: six on the top, six on the bottom. Thousands of would-be doughboys and GIs were barred from service in the First and Second World Wars for failing to meet this standard.

So dire was the state of U.S. dentition that in 1901, Frederick McKay’s discovery that many of his patients’ teeth were mottled with ugly brown stains generated little notice. McKay was a dentist in Colorado Springs. Intrigued, he and two colleagues examined 2,945 schoolchildren for what they called “Colorado stain.” To their shock, 87.5 percent had stained teeth.

McKay contacted a famous Chicago dentist (famous in dental circles, anyway) and got him to describe the syndrome to the Colorado state dental association. Hardly anyone paid attention. Trying again, McKay and the Chicago dentist evaluated students at Colorado College, in Colorado Springs. They found that students raised in Colorado Springs had discolored teeth, whereas students from other areas had normal teeth. Hardly anyone paid attention. The two researchers then published an article, “An Investigation of Mottled Teeth: An Endemic Developmental Imperfection of the Enamel of the Teeth Heretofore Unknown in the Literature of Dentistry.” Unknown in the Literature of Dentistry! Still, hardly anyone paid attention.

In the 1930s, McKay and others identified the staining agent: naturally occurring fluoride compounds in water supplies. (This kind of staining, along with the other negative effects of fluorine absorption by bones and ligaments, is now called fluorosis.) The researchers also discovered something else: Although the staining looked terrible, people with fluoride stains had fewer decayed and missing teeth. A small group of dentists began agitating to add low levels of fluoride to drinking water—low enough to avoid staining and also low enough to be safe.