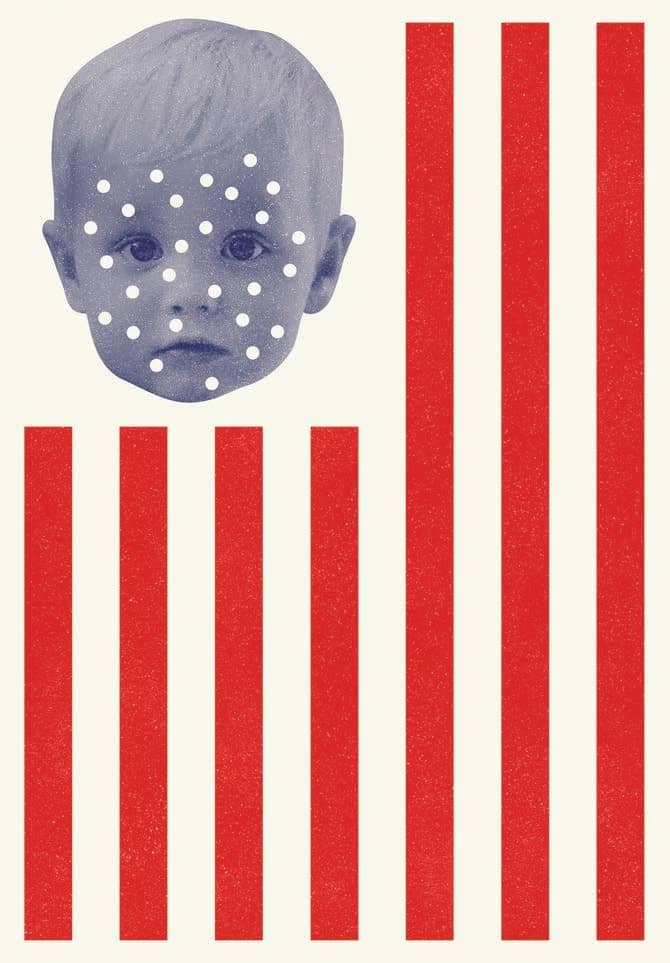 What the disease’s return tells us about America’s ailing culture.

In two essays, “Illness as Metaphor” in 1978 and “AIDS and Its Metaphors” in 1988, the critic Susan Sontag observed that you can learn a lot about a society from the metaphors it uses to describe disease. She also suggested that disease itself can serve as a metaphor—a reflection of the society through which it travels.

In other words, the way certain illnesses spread reveals something not just about a nation’s physiological health but also about its cultural and political health. For instance, AIDS would not have ravaged America as fully as it did without institutionalized homophobia, which inclined many Americans to see the disease as retribution for gay sex.

Now another virus is offering insights into the country’s psychic and civic condition. Two decades ago, measles was declared eliminated in the U.S. Yet in the first five months of this year, the Centers for Disease Control and Prevention recorded 1,000 cases—more than occurred from 2000 to 2010. 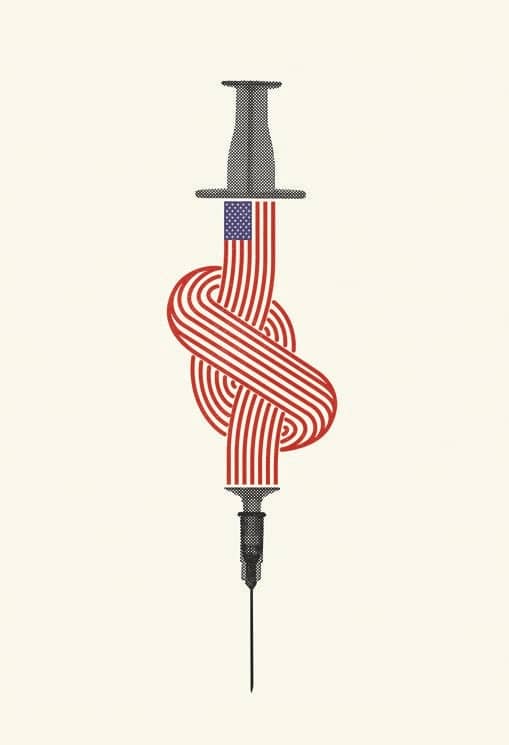 The straightforward explanation for measles’ return is that fewer Americans are receiving vaccines. Since the turn of the century, the share of American children under the age of 2 who go unvaccinated has quadrupled. But why are a growing number of American parents refusing vaccines—in the process welcoming back a disease that decades ago killed hundreds of people a year and hospitalized close to 50,000?

One answer is that contemporary America suffers from a dangerous lack of historical memory. Most of the parents who are today skipping or delaying their children’s combined measles, mumps, and rubella (MMR) vaccine don’t remember life with measles, much less that it used to kill more children than drowning does today. Nor do they recall how other diseases stamped out by vaccines— most prominently smallpox and polio—took lives and disfigured bodies.

Our amnesia about vaccines is part of a broader forgetting. Prior generations of Americans understood the danger of zero-sum economic nationalism, for instance, because its results remained visible in their lifetimes. When Al Gore debated Ross Perot about NAFTA in 1993, he reminded the Texan businessman of the 1930 Smoot-Hawley Tariff Act, which raised tariffs on 20,000 foreign products—prompting other countries to retaliate, deepening the Great Depression, and helping to elect Adolf Hitler. But fewer and fewer people remember the last global trade war. Similarly, as memories of Nazism fade across Europe and the United States, anti- Semitism is rising. Technology may improve; science may advance. But the fading of lessons that once seemed obvious should give pause to those who believe history naturally bends toward progress.

Declining vaccination rates not only reflect a great forgetting; they also reveal a population that suffers from overconfidence in its own amateur knowledge. In her book Calling the Shots: Why Parents Reject Vaccines, the University of Colorado at Denver’s Jennifer Reich notes that starting in the 1970s, alternative health movements “repositioned expertise as residing within the individual.” This ethos has grown dramatically in the internet age, so much so that “in arenas as diverse as medicine, mental health, law, education, business, and food, self-help or do-it-yourself movements encourage individuals to reject expert advice or follow it selectively.” Autodidacticism can be valuable. But it’s one thing to Google a food to see whether it’s healthy. It’s quite another to dismiss decades of studies on the benefits of vaccines because you’ve watched a couple of YouTube videos. In an interview, Reich told me that some anti-vaccine activists describe themselves as “researchers,” thus equating their scouring of the internet on behalf of their families with the work of scientists who publish in peer-reviewed journals.