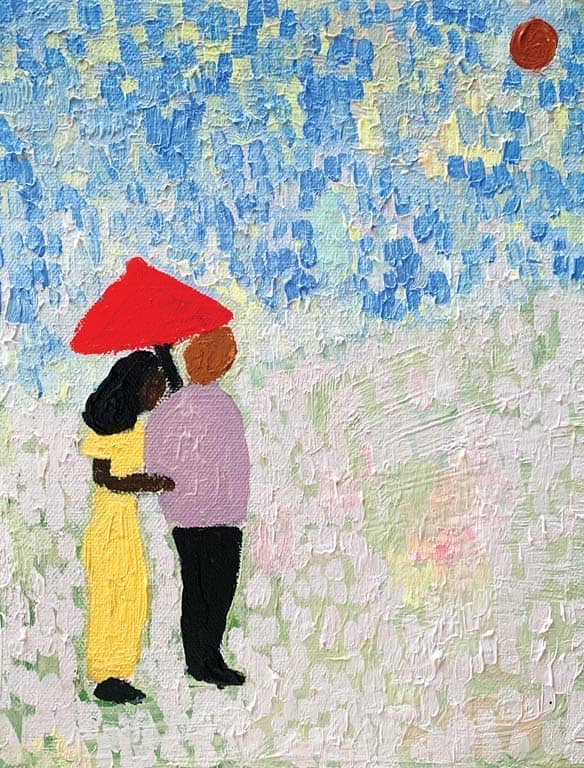 Her new novel, the latest installment of her Gilead series, explores the power of love and the legacy of race.

In a scene in Home, the second in Marilynne Robinson’s sequence of novels known as the Gilead series, Glory Boughton, age 9, loses all patience with her older brother Jack. They’ve been playing a game with their six other siblings and Jack has disappeared, as usual.

When they were children he would slip away, leave the game of tag, leave the house, and not be missed because he was so quiet. Then someone would say his name, the first to notice his absence, and the game would dissolve. There was no point calling him. He came back when he came back. But they would look for him, as if the game now were to find him at mischief.

Glory, enraged at Jack’s power to end games simply by disappearing, and mystified that he does so, storms up to him when he returns and shouts: “What right do you have to be so strange!” It’s a scalding exchange, not just because Glory is furious but because she has spoken aloud the question common to everyone in their hometown of Gilead, Iowa. Jack is strange. Why? Who has given him the right?

Jack, the fourth and newest novel in the series, invokes characters who will be familiar to readers of Gilead (2004), Home (2008), and Lila (2014). The Reverends Robert Boughton and John Ames, boyhood best friends who grew up in Gilead in the early 20th century and became preachers together, are now old men near death; the father and godfather, respectively, of Jack, they await his return home before it’s too late. Glory, the youngest Boughton daughter and the presiding perspective in Home, as well as Teddy, one of Glory and Jack’s three brothers, hover on the periphery. But Jack focuses on, as its title would suggest, the character who has eluded, bedeviled, and grieved all the people who have ever loved him: the prodigal son.

In the previous books, Robinson offered Jack to readers through the eyes of others. A strange and destructive child, he didn’t just vanish at inconvenient moments; he blew up mailboxes, stole things for the sake of stealing them, drank, skipped church, and was generally unbiddable. “There was an aloofness about him,” Glory recalls. “More thoroughgoing than modesty or reticence. It was feral, and fragile.” He is also, as a child and then as a man, intensely thoughtful, a voracious reader, gentle in his manner, oddly bewitching. He has been plagued from a very young age by a deep feeling of estrangement. For some reason no one can quite understand or articulate—himself least of all—he is set apart, unlike his family or neighbors.

Robinson has said, over the years, that she keeps returning to Gilead because she misses the characters, or wants to give some previously secondary figure the depth and attention afforded a protagonist. But in an interview with The Paris Review in 2008, after publishing Home, she rejected the idea that Jack would be a candidate for further excavation. “I would lose Jack if I tried to get too close to him as a narrator,” she said. “He’s alienated in a complicated way. Other people don’t find him comprehensible and he doesn’t find them comprehensible.”

Robinson was prescient to predict that enlisting Jack as a primary protagonist would pose problems, and it is telling that she found him irresistible anyway. Robinson is a Calvinist, and over the course of these novels, Jack has stood out among her characters—troublesome, seductive, full of pathos—because he most represents a central theological question raised by the Calvinist doctrine of predestination: Can a person be damned to perdition? Or, to use non-Calvinist language: Can a person be irretrievably and miserably wrong, broken, no-good, unsalvageable? If he is, and he knows that he is, what is he then to do? Does he have anything he can hope for?

Robinson’s fiction investigates, again and again, the connection between the soul’s isolation and its torment.