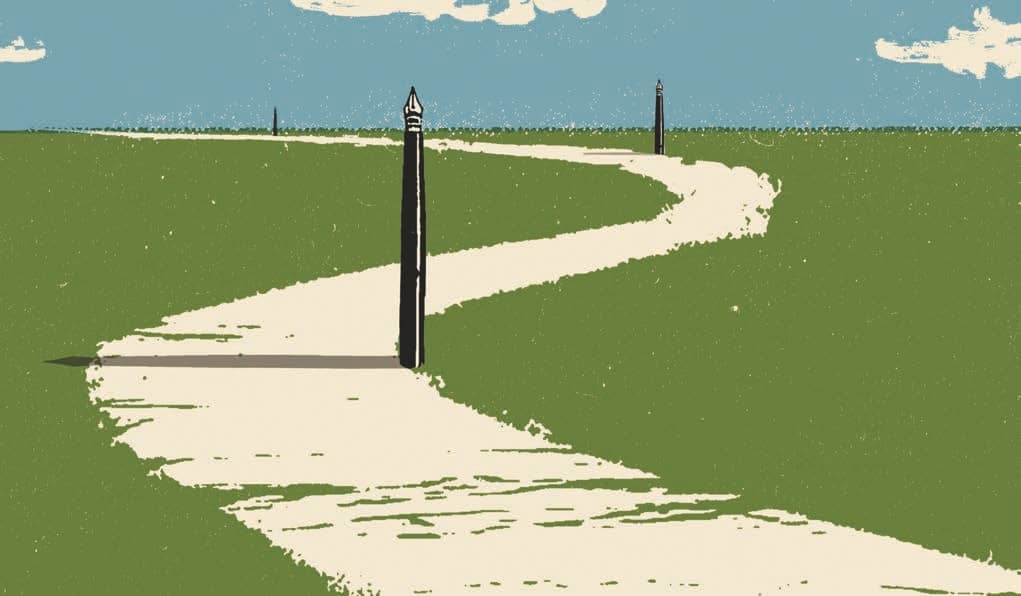 Glorified for its creative benefits, the pastime has become yet another goal-driven pursuit.

Life Span, a maker of fitness equipment, claims that a treadmill desk will boost my creativity. The company’s website, where I can purchase its basic model for $1,099, features an inspirational quote from Nietzsche: “All truly great thoughts are conceived while walking.” Researchers agree on the connection between an acute mind and legs in motion. Studies have shown that we do better on tests of memory and attention during or after exercise. Studies have also shown that a walker’s mental meandering is unusually conducive to innovation. “Above all, do not lose your desire to walk,” Søren Kierkegaard advised, and I’m hardly the only writer who has heeded the call, putting one foot before the other in search of fresh insights and breakthroughs in knotty arguments.

Before the advent of scientific evidence and philosophical guidance on the subject, literary odes to the creative and health benefits of walking flourished. No one has been more tireless in reviving the history of exhortations to join the “Order of Walkers” than the British editor and BBC producer Duncan Minshull. Back in 2000, he co-edited The Vintage Book of Walking: A Glorious, Funny and Indispensable Collection, which could also boast of being the most comprehensive anthology of such proselytizing, spanning fiction and nonfiction. It was reissued in 2014 as While Wandering: A Walking Companion.

Minshull has now followed up with the considerably trimmer Beneath My Feet: Writers On Walking, which gathers 36 testimonies to walking’s invigorating literary power in particular. Writers from Petrarch to Franz Kafka to Will Self have recorded their enthusiasm for, in Minshull’s words, “ambling, rambling, tramping, trekking, stomping and striding.” Higher- quality endorsements of the creative value of walking than these would be hard to find. Yet the more I read, the more questions this 21st- century renaissance of pedestrian evangelism raised in my mind. No, I haven’t lost my desire, Kierke Gaard, but I think about my desire differently— and wish I didn’t.

Beneath My Feet, though it reaches back to the 14th century, hits its stride in the Romantic period. That’s when walking and writing became inextricably entwined. In a 1902 essay, the critic and biographer (and Virginia Woolf ’s father) Leslie Stephen argues that Romanticism, with its sublime visions of the natural world, “was obviously due in great part, if not mainly, to the renewed practice of walking.” It’s easy to picture William Wordsworth—who wrote in his preface to Lyrical Ballads that “the essential passions of the heart find a better soil” in a rustic environment— stomping out The Prelude, his legs serving as his metronome. In an 1822 essay, William Hazlitt writes of how Samuel Taylor Coleridge could “convert a landscape into a didactic poem or a Pindaric ode.” Putting boots on the ground was a way of pledging allegiance to a poetic freedom available only in open space.