Fluffing Your Own Nest 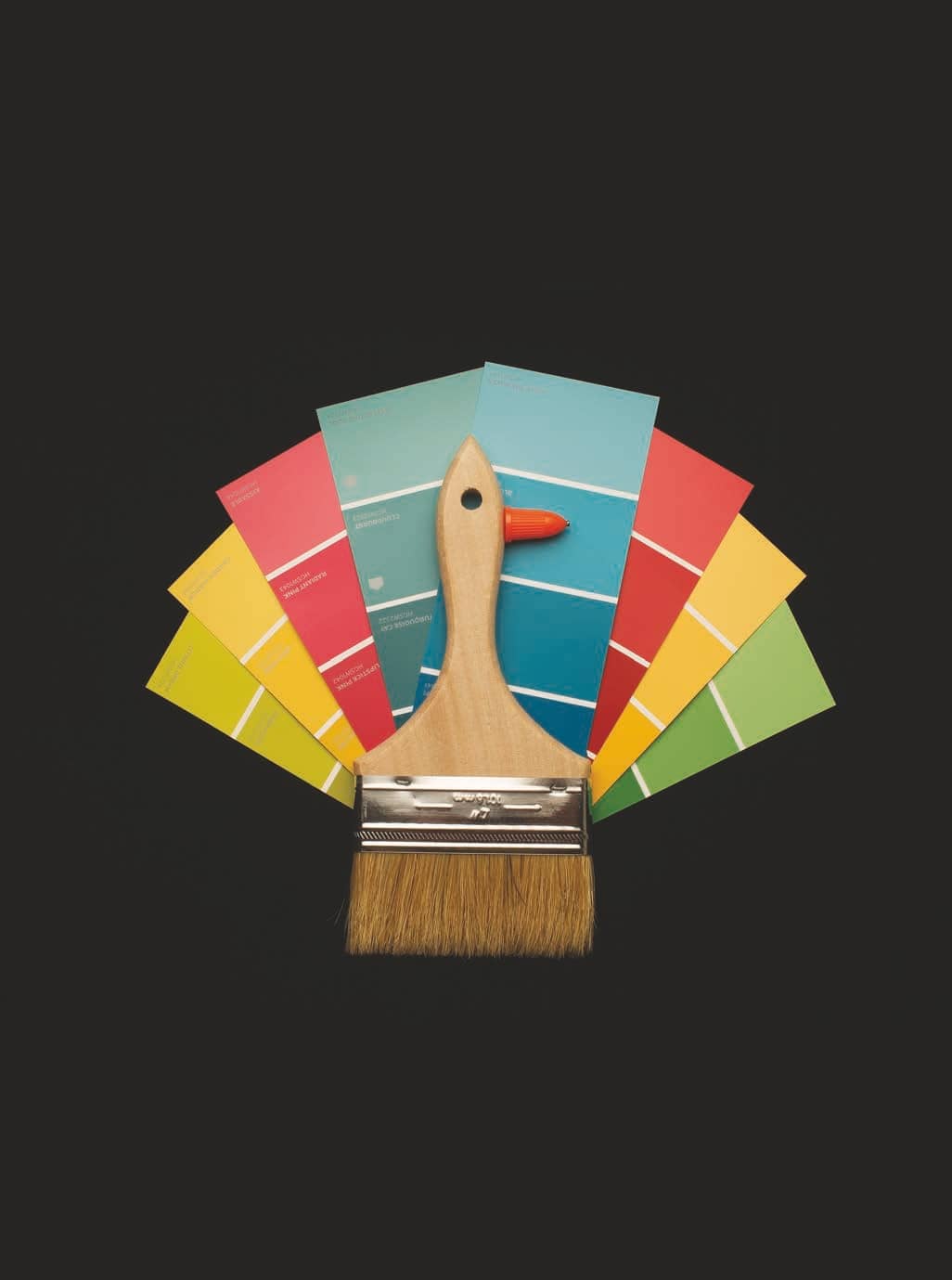 Can happiness be found in home improvement?

It has come to my attention that my apartment sucks. Objectively, that might be too harsh an assessment, but it certainly feels true right now. Don’t get me wrong: It has big, sunny windows; appliances that are functional, albeit old and ugly; and an amount of closet space that I would describe as “enough.” But the many things the apartment leaves to be desired— cheap fixtures, landlord-beige walls, and an ancient tile kitchen floor that never quite looks clean—have become unavoidably obvious to me as I’ve sat inside of it for the better part of this year.

The longer I sit, the more the flaws taunt me. The shallow kitchen sink, combined with the low slope of its faucet, makes it im possible to fill a pitcher straight from the tap, but most of my daily drinking water used to come from a machine at the office. The back wall of my kitchen, swathed in white paint, has borne the brunt of gurgling vats of spaghetti sauce and sputtering pans of fried-chicken grease, but I failed to notice the unscrubbable spots when I wasn’t standing in front of the stove preparing three meals a day, every day. The dusty ledges and shelves, unsightly window-unit air conditioners, and scuffed, jaundiced paint job weren’t so irritating when they weren’t my whole world.

In May, when the novelty of quarantine baking began to wear off—one can make only so many galettes out of frozen fruit originally bought for smoothies—my idle hands turned to the problems around me. Armed with my pathetic beginner’s tool kit, I started small. I raised and releveled a shelf that had been crooked for, by my estimation, at least two years. I ordered frames for prints that had been stashed in my closet and charged my longdead drill battery to hang them. I scrubbed my tiny kitchen with Ajax from top to bottom, and in the process realized that some of my stove’s components weren’t supposed to be the color they’d been since I moved in. I sharpened my chef’s knife. I flipped and rotated my couch cushions. I ordered and assembled a new shoe rack, even though my feet don’t go very far these days.

The sense of satisfaction I got from these projects grew as the weekends went by, along with my belief that I could do pretty much anything after watching a couple of instructional videos on YouTube. I couldn’t control much in the pandemic, but I could control what happened in my own 450 square feet. As summer began to creep toward fall, my ambitions expanded: Install a new showerhead? Paint my cabinets? Put up a peel-and-stick tile backsplash? What couldn’t I do with Google, a Home Depot credit card, and a total willingness to lose my security deposit?