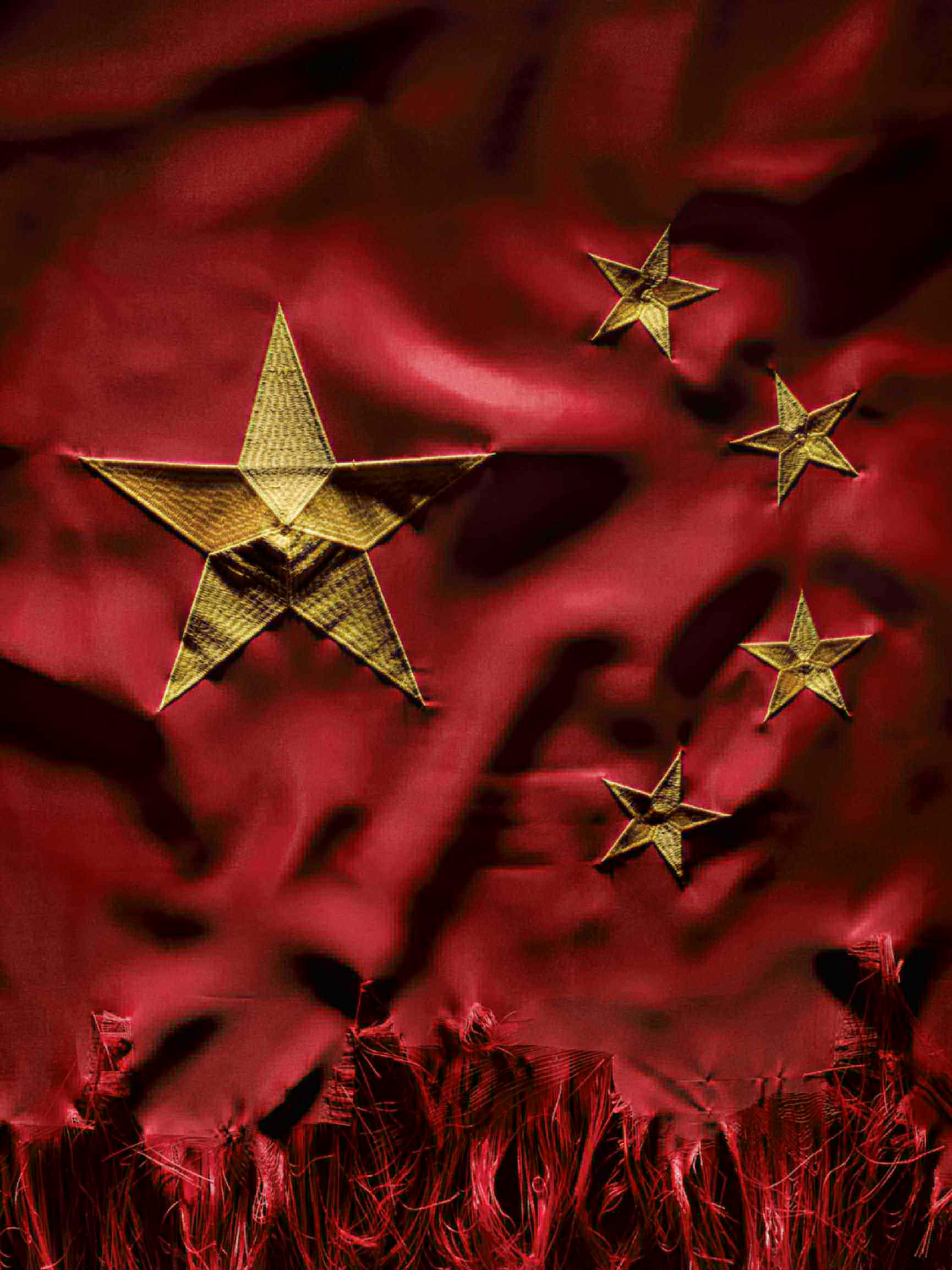 China is less free, less open, and more belligerent than it was five years ago, or even 10. It has become repressive in a way that it has not been since the Cultural Revolution. Our correspondent, long a China optimist, considers a darker future—and asks what a more dangerous and adversarial China would mean for the United States.

What if China is going bad? Since early last year I have been asking people inside and outside China versions of this question. By “bad” I don’t mean morally. Moral and ethical factors obviously matter in foreign policy, but I’m talking about something different.

Nor is the question mainly about economics, although for China the short-term stability and long-term improvement of jobs, wages, and living standards are fundamental to the government’s survival. Under China’s single-party Communist arrangement, sustained economic failure would naturally raise questions about the system as a whole, as it did in the Soviet Union. True, modern China’s economic performance even during its slowdowns is like the Soviet Union’s during its booms. But the absence of a political outlet for dissatisfaction is similar.

Instead the question is whether something basic has changed in the direction of China’s evolution, and whether the United States needs to reconsider its China policy. For the more than 40 years since the historic Nixon-Mao meetings of the early 1970's, that policy has been surprisingly stable. From one administration to the next, it has been built on these same elements: ever greater engagement with China; steady encouragement of its modernization and growth; forthright disagreement where the two countries’ economic interests or political values clash; and a calculation that Cold War–style hostility would be far more damaging than the difficult, imperfect partnership the two countries have maintained.

That policy survived its greatest strain, the brutal Tiananmen Square crackdown of 1989. It survived China’s entry into the World Trade Organization in 2001 and the enormous increase in China’s trade surpluses with the United States and everywhere else thereafter. It survived the U.S. bombing of the Chinese Embassy in Belgrade in 1999 (an act assumed to be intentional by every Chinese person I’ve ever discussed it with), periodic presidential decisions to sell arms to Taiwan or meet with the Dalai Lama, and clashes over censorship and human rights.

The eight presidents who have managed U.S. dealings with modern China, Nixon through Obama, have essentially drawn from the same playbook. The situation could be different for the ninth. The China of 2016 is much more controlled and repressive than the China of five years ago, or even 10. I was living there at both of those earlier times—in Shanghai in 2006 and in Beijing five years later—and have seen the change firsthand. Given the chaotic contradictions of modern China, what any one person sees can be an exception. What strikes me is the consistency of evidence showing a country that is cracking down, closing up, and lashing out in ways different from its course in the previous 30-plus years.

The next president, then, will face that great cliché, a challenge that is also an opportunity. The challenge is several years of discouraging developments out of China: internal repression, external truculence, a seeming indifference to the partner ship part of the U.S.-China relationship. The opportunity is to set out the terms of a new relationship at the very moment when it is most likely to command China’s attention: at the start of a new administration.

You can tell which issues a new administration takes seriously and considers crucial to its political and substantive success. The president gives a major policy speech; big thinkers write essays; Cabinet departments roll out implementation plans; budget decisions follow. That’s the kind of effort I hope to see early next year. I can report that across the world of China scholars and policy veterans, people are already thinking hard about what should be in such a speech.

Dealing with China is inescapable. It is becoming more difficult, and might get harder still.

WHY DOES CHINA NEED to be high on the new president’s priority list? Because an important assumption has changed.

In both word and deed, U.S. presidents from Nixon onward have emphasized support for China’s continued economic emergence, on the theory that a getting-richer China is better for all concerned than a staying poor one, even if this means that the center of the world economy will move toward China. In one of his conversations with The Atlantic’s Jeffrey Goldberg, Barack Obama said, “I’ve been very explicit in saying that we have more to fear from a weakened, threatened China than a successful, rising China.”

Underlying this strategic assessment was an assumption about the likely direction of China’s development. This was not the simplistic faith that if China became richer, it would turn into a liberal democracy. No one knows whether or when that might occur—or whether China will in fact keep prospering. Instead the assumption was that year by year, the distance between practices in China and those in other developed countries would shrink, and China would become easier rather than harder to deal with. More of its travelers and students and investors and families would have direct connections with the rest of the world. More of its people would have vacationed in France, studied in California, or used the internet outside China, and would come to expect similar latitude of choice at home. Time would be on the world’s side in deepening ties with Chinese institutions.

But that’s no longer true. Here are the areas that together indicate a turn:

Communications. China’s internet, always censored and fire walled, is now even more strictly separated from the rest of the world’s than ever before, and becoming more so. China’s own internet companies (Baidu as a search engine rather than Google, WeChat for Twitter) are more heavily censored. Virtual private networks and other work-arounds, tolerated a decade ago—the academic who invented China’s “Great Firewall” system of censorship even bragged about the six VPNs he used to keep up on foreign developments—are now under governmental assault. When you find a network that works, you dare not mention its name on social media or on a website that could alert the government to its existence. “It’s an endless cat and-mouse,” the founder of a California-based VPN company, which I’m deliberately not identifying, recently told me. “We figure out a new route or patch, and then they notice that people are using us and they figure out how to block it. Eventually they wear most users down.” On a multiweek visit to China early last year, I switched among three VPNs and was able to reach most international sites using my hotel-room Wi-Fi. On a several day visit last December, the hassle of making connections was not worth it, and I just did without Western news sources.

China’s print and broadcast media have always been state controlled and pro-government. But a decade ago I heard from academics and party officials that “reasonable” criticism from the press actually had an important safety-valve function, as did online commentary, in alerting the government to emerging problem spots.

Those days are gone. Every week or two the Chinese press carries warnings, more and more explicit, by President Xi Jinping and his colleagues that dissent is not permissible and the party’s interests come first. Also this year, the government banned foreign-owned media—that is, all media beyond its direct control—from publishing anything in China without government approval. It cracked down on several publications (notably the business magazine Caixin and the Guangzhou-based newspaper Southern Weekend) that for years had mastered the art of skirting government controls.

This past February The Guardian ran a poignant piece about young journalists in China who had decided that there was no point in even trying to report on their society’s challenges. “Being a journalist has no meaning any more,” a person identified as “a thirty something editor from one of China’s leading news organisations” told The Guardian’s Tom Phillips. “My greatest feeling is that in recent years the industry’s freedoms have reached their lowest ebb in history.” A few weeks earlier I had been in Shanghai meeting with a group of 20-something, still-idealistic Chinese student reformers, talking about their long-term hopes. One student wanted to open legal-aid clinics for migrant workers; another, a muckraking-style news service about urban inequities; another, a center for women’s rights. A few years earlier, I would have been excited to hear such plans. Now I’m fearful—and expect that if those students end up realizing their dreams, they will be doing so in some other country.

Repression of civil society. Throughout the Communist era, the Chinese state has suppressed the growth of any form of organization other than the party itself. Religious practice, for instance, is authorized for five officially approved faiths (Buddhism, Taoism, Islam, Catholicism, and Protestantism)—but only state-authorized temples, mosques, and churches are allowed. So too for unions (all party-run), NGOs, and any other means through which people might associate.