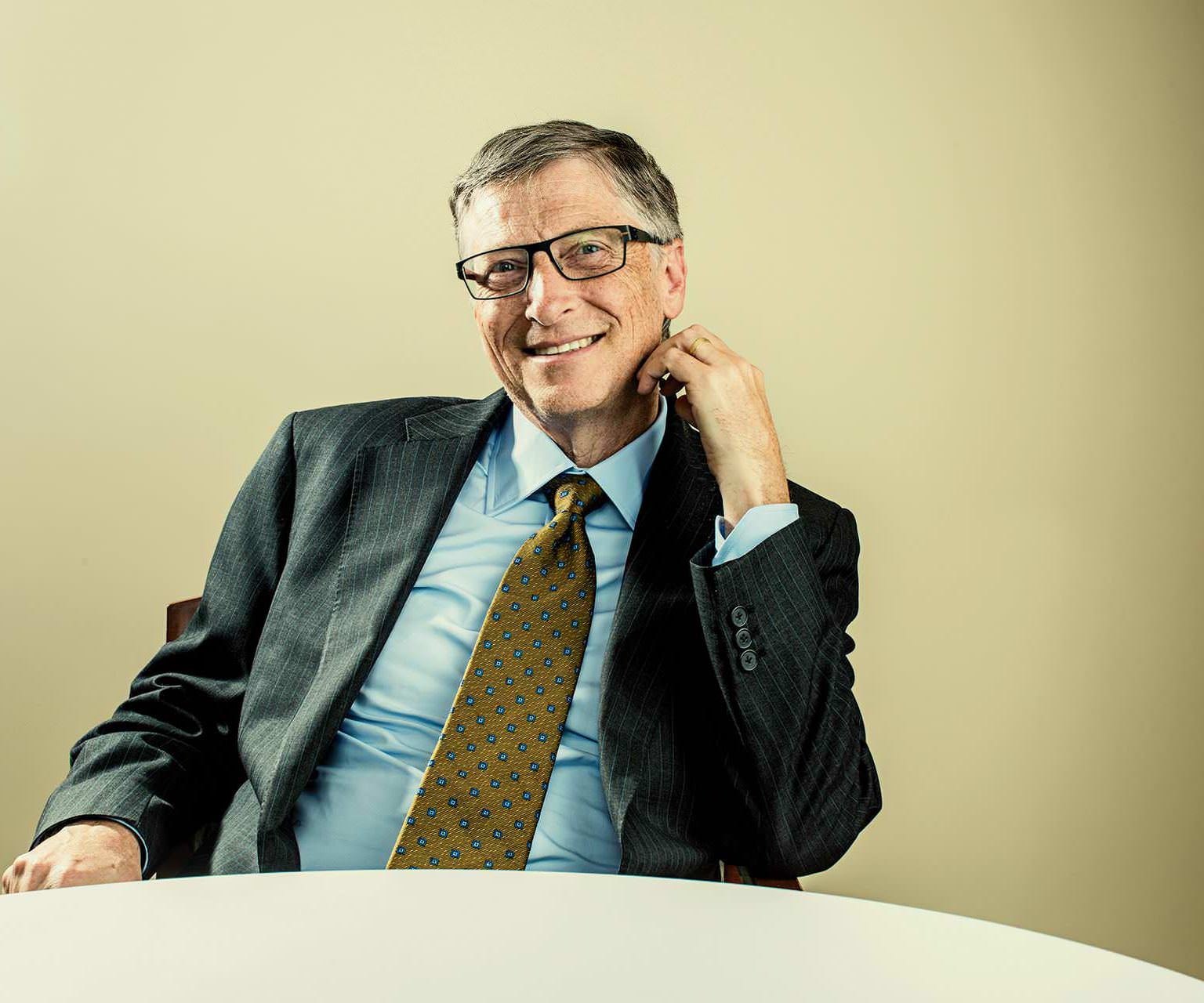 Bill Gates has committed his intellect, his influence, and his personal fortune to propelling the world beyond fossil fuels fast enough to outrace potentially cataclysmic climate change.

In his offices over­ looking Lake Washington, just east of Seattle, Bill Gates grabbed a legal pad recently and began cover­ing it in his left­-handed scrawl. He scribbled arrows by each margin of the pad, both pointing inward. The arrow near the left margin, he said, represented how governments worldwide could stimulate ingenuity to combat climate change by dramatically increasing spending on research and development. “The push is the R&D,” he said, before indicating the arrow on the right. “The pull is the carbon tax.” Between the arrows he sketched boxes to represent areas, such as deployment of new technology, where, he argued, pri­vate investors should foot the bill. He has pledged to commit $2 billion himself. “Yes, the government will be some­ what inept,” he said brusquely, swatting aside one objection as a trivial statement of the obvious. “But the private sector is in general inept. How many companies do venture capitalists invest in that go poorly? By far most of them.”

Gates is on a solo global lobbying campaign to press his species to accom­plish something on a scale it has never attempted before. He wants human beings to invent their way out of the coming collision with planetary climate change, accelerating a transition to new forms of energy that might normally take a century or more. To head of a rise in average global temperatures of 2-degrees Celsius above preindustrial levels—the goal set by international agreement— Gates believes that by 2050, wealthy nations like China and the United States, the most prodigious belchers of green­ house gases, must be adding no more carbon to the skies.

Those who study energy patterns say we are in a gradual transition from oil and coal to natural gas, a fuel that emits far less carbon but still contributes to global warming. Gates thinks that we can’t accept this outcome, and that our best chance to vault over natural gas to a globally applicable, carbon­free source of energy is to drive innovation “at an un­ naturally high pace.”

When I sat down to hear his case a few weeks ago, he didn’t evince much patience for the argument that Ameri­can politicians couldn’t agree even on whether climate change is real, much less on how to combat it. “If you’re not bringing math skills to the problem,” he said with a sort of amused asperity, “then representative democracy is a problem.” What follows is a condensed transcript of his remarks, lightly edited for clarity.

On whether new commitments to reduce greenhouse-gas emissions expected at the United Nations climate-change conference in Paris in December mean the world is now serious about the problem:

It’s good to have people making commitments. It’s really good. But if you really look at those commitments—which are not binding, but even if you say they will all be achieved—they fall dramatically short of the reductions required to reduce CO 2 emissions enough to prevent a scenario where global temperature rise 2 degrees Celsius. I mean, the commitments won’t even be a third what you need. And one of the interesting thin about this problem is, if you have a co try that says, “Okay, we’re going to get on a pathway for an 80 percent reduction in CO2 by 2050,” it might make commitment that “Hey, by 2030, we’ll be at 30 percent reduction.” But that first 30 percent is dramatically, dramatically easier than getting to 80 percent. So everything that’s hard has been saved for post-2030—and even these 2030 commitments aren’t enough. And many of them won’t be achieved.

On why the free market won’t develop new forms of energy fast enough:

Well, there’s no fortune to be made. Even if you have a new energy source that costs the same as today’s and emits no CO2 , it will be uncertain compared with what’s tried-and-true and already operating at unbelievable scale and has gotten through all the regulatory problems, like “Okay, what do you do with coal ash?” and “How do you guarantee something is safe?” Without a substantial carbon tax, there’s no incentive for innovators or plant buyers to switch.

And for energy as a whole, the incentive to invest is quite limited, because unlike digital products—where you get very rapid adoption and so, within the period that your trade secret stays secret or your patent gives you a 20-year exclusive, you can reap incredible returns— almost everything that’s been invented in energy was invented more than 20 years before it got scaled usage. So if you go back to various energy innovators, actually, they didn’t do that well financially. The rewards to society of these energy advances—not much of that is captured by the individual innovator, because it’s a very conservative market. So the R&D amount in energy is surprisingly low compared with medicine or digital stuff , where both the government spending and the private-sector spending is huge.

On the pace of energy transitions historically:

What’s amazing is how our intense energy usage is one and the same as modern civilization. That is, for all the great things that happened in terms of human lifestyle, life span, and growing food before 1800, civilization didn’t change dramatically until we started using coal in the U.K. in the 1800s. Coal replaced wood. But the wave of wood to coal is about a 50- or 60-year wave.

If it was just about economics, if we had no global warming to think about, the slowly-but-surely pace of these transitions would be okay. If you look at one of these forecasts, they all say about the same thing: What you look at is a picture that’s pretty gradual, with natural gas continuing to gain at the expense of both coal and oil. But, you know, 1-percent-a year-type change. If you look at that from a greenhouse-gas point of view—if you look at forecasts—every single year we’ll be emitting more greenhouse gases than the previous year.

On whether we’ve ever done anything as big, as a species, as what he’s asking for now: