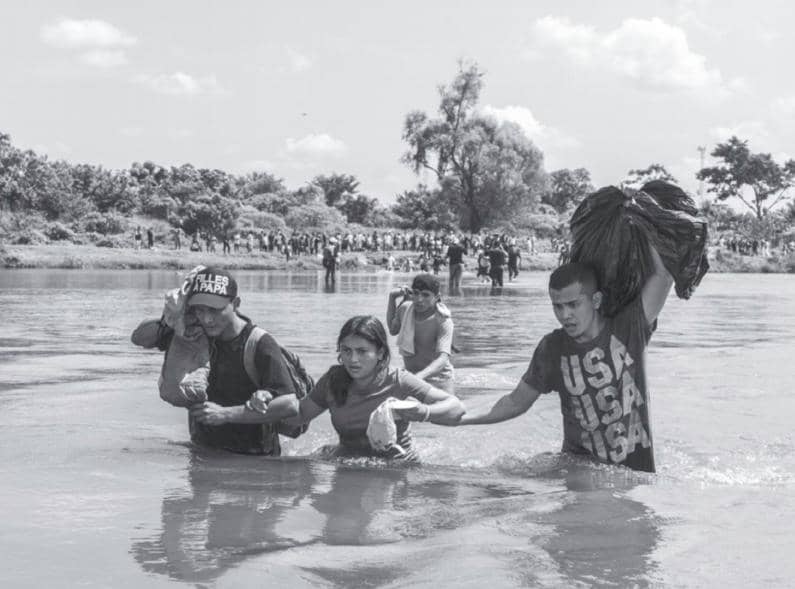 Donald Trump is slowly making the U.S. into a likeness of the countries Latino refugees have been fleeing.

Many of the refugees who have arrived at the United States’ southern border in recent years were fleeing the gangs that the president claimed they belonged to.

My father was a Mexican citizen until the day he died. He lived here in the U.S. on a green card. A former military man and federal agent under several Mexican presidents, he remained patriotic and deeply conservative. Though he had been chased out of his beloved Mexico City by the toxic whims of a presidential strongman, he stayed loyal.

He loved Dwight Eisenhower and Richard Nixon. He joked that if he were an American citizen, he would have tried to vote for Nixon twice in 1968. He used to boast that Nixon was the first Latin American– style president America had ever elected. My father was a law-and-order man—once a cop, always a cop. He might have fallen for Donald Trump if he’d lived long enough. But Trump would have talked him out of it in his first televised anti- Mexican rant. At least I think that’s what would have happened.

DURING 2020’s apocalyptic summer, photographs circulated of immigrant farmworkers toiling in fields amid walls of smoke and fire as California burned around them. The pictures have visceral impact— they are frightening yet beautiful. But their effect on me was epiphanic: Here were perfect metaphors for the harvest of nearly four years of recklessly vicious rhetoric and policies, of Immigration and Customs Enforcement raids and cruel family separations, of toxic propaganda and the relentless boondoggle of the border wall. Here was the theater burning down as the hypnotist kept working the mic, like Jim Jones calling us all into the delirious excitement of sheer nihilism. The Book of Revelation for Suckers.

From the moment Trump descended on his golden escalator, head full of cynical texts of racial threat, the die was cast. For his new idea of a resurgent Great America to take hold, there had to be sacrifices. Human sacrifices. And imaginary hordes of raping “bad hombres” and their chain-migrating families were the perfect targets. He must have had visions of Andrew Jackson churning in his head: A Trail of Tears would have sounded good to him, as long as it didn’t point north.

Some four years later, as the new era that Trump promised struggles to be born, nursed by fire and hurricane, flood and drought, violence and pestilence, falsehoods and greed, I turn to the pictures of those unseen human beings risking their lives and health every day so you and I can have tomatoes and straw berries. I suspect that none of the fieldworkers pictured is secretly hoping to rape, sell drugs, or cheat the American university system into giving them free tuition. But sly old dragons like Trump know there’s money to be made—t sunamis of campaign donations from panicked party faithfuls who have absorbed their leader’s fever dreams; a steady flow of cash to round up and “house” our un documented guests.

Buckets of money and megawatts of power pour out of the poor if you know how to get your needles and hooks into them.

HOW MANY OF THE CHILDREN SEPARATED FROM THEIR FAMILIES AT THE BORDER WILL NEVER SEE THEIR PARENTS AGAIN? WHO IS EVEN KEEPING TRACK?